Players snapped pictures of Lake Tahoe and the majestic Sierra Nevada mountains as they came out for their first look at the picturesque outdoor rink. 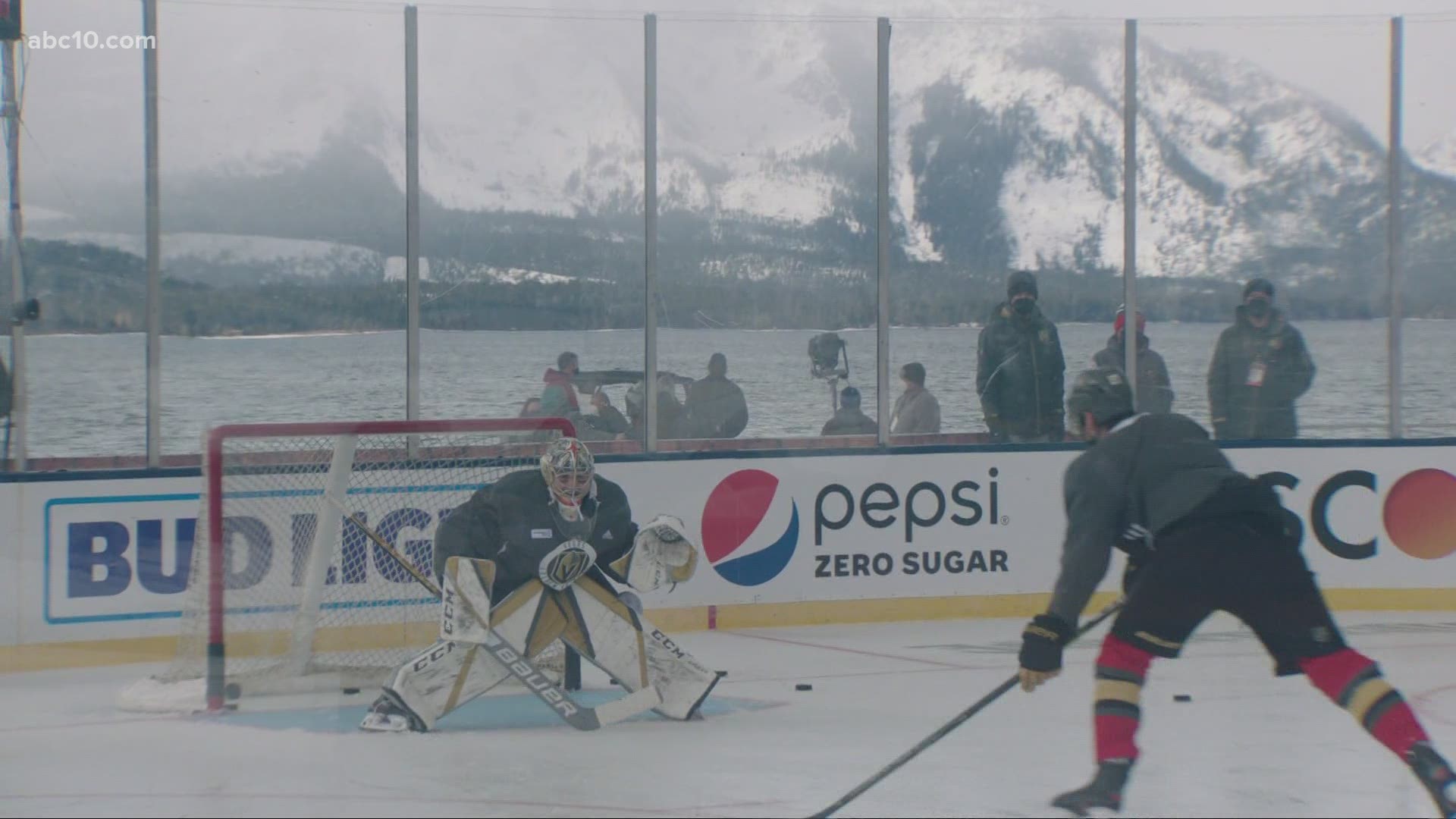 SOUTH LAKE TAHOE, Calif. — The Colorado Avalanche and Las Vegas Golden Knights took to the ice after a tribute to frontline workers Saturday at noon. However, the second period of the game was delayed due to poor conditions on the ice created by the sun and is set to resume at 9 p.m.

Shortly after the delay of Saturday's outdoor game, the NHL announced on Twitter the game on Sunday between the Philadelphia Flyers and the Boston Bruins would be delayed to 4:30 p.m. due to the sunny forecast.

Ahead of the outdoor games, players snapped pictures of Lake Tahoe and the majestic Sierra Nevada mountains as they came out for their first look at the picturesque outdoor rink that will host a pair of NHL games this weekend.

Others just soaked in the environment before taking the ice for a practice that took them back to their childhood, when many got started playing hockey on frozen ponds and lakes.

It’s fair to say none of those makeshift rinks was quite like the one that will be used for the games this weekend between Vegas and Colorado and Philadelphia and Boston in one of the most scenic settings imaginable.

Credit: AP
Workers put the finishing touches on the temporary ice rink, Friday, Feb. 19, 2021, built at the Edgewood Tahoe Resort, that will host two NHL games, this weekend at Stateline, Nev. The Colorado Avalanche will play the Vegas Golden Knights Saturday and the Philadelphia Flyers will face off against the Boston Bruins Sunday. (AP Photo/Rich Pedroncelli)

Outdoor games have become the NHL season's marquee event ever since the league staged the first Winter Classic in Buffalo in 2008.

There have been games at iconic baseball stadiums like Wrigley Field and Fenway Park and others at college football cathedrals like Notre Dame Stadium or the Big House at Michigan.

Read the full article from the Associated Press HERE.

South Lake Tahoe is home to the $2,000 parking fine. No, seriously. Airbnb renters visiting Tahoe have been hit with multiple fines totaling nearly $90,000 over the first three months of a new ordinance.