"Our community was affected by a horrific tragedy last night down in Gilroy," 49ers General Manager John Lynch said. 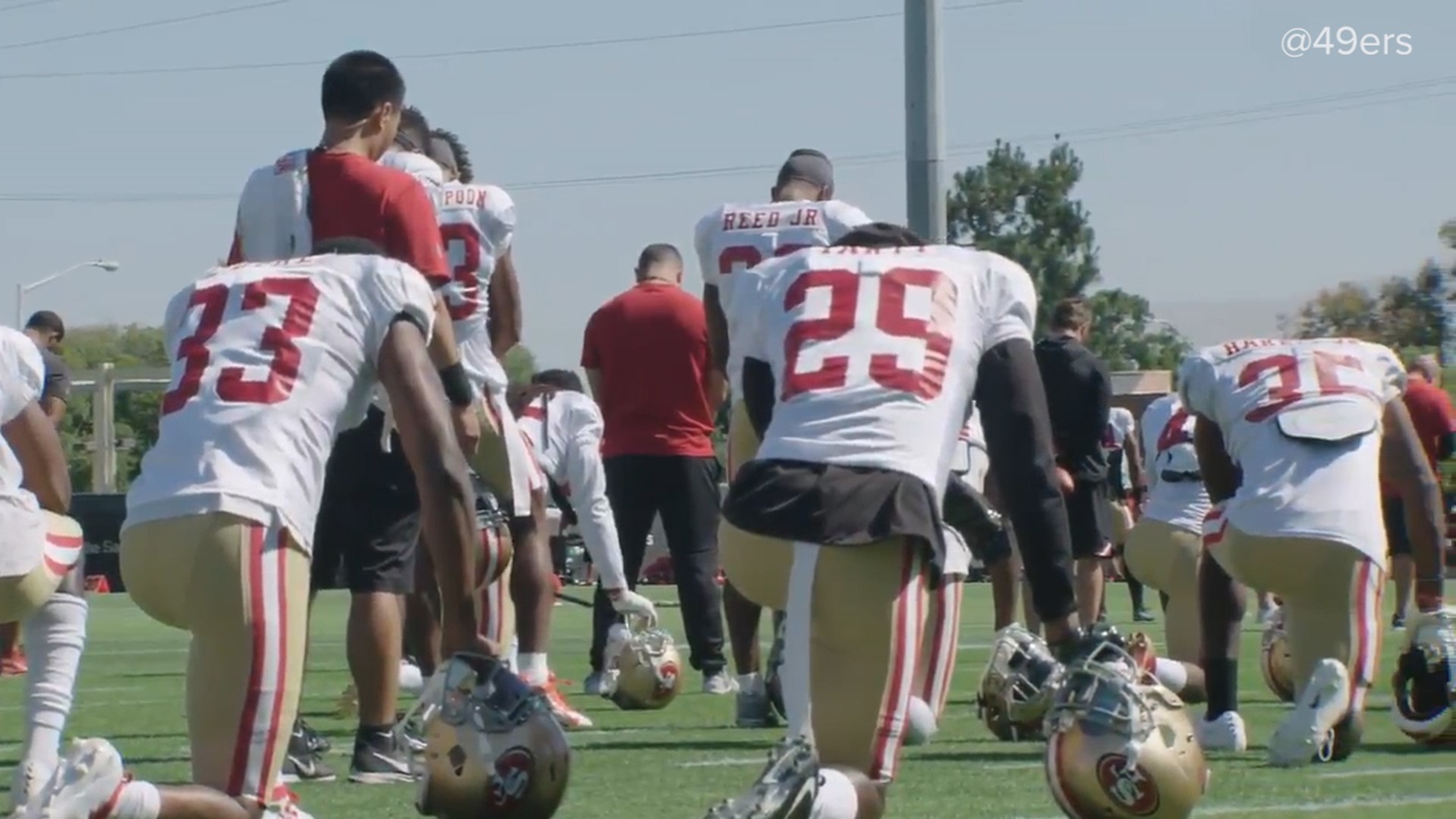 SANTA CLARA, Calif. — Before practice on Monday, the San Francisco 49ers held a moment of silence for the victims and survivors of the Gilroy Garlic Festival shooting.

According to ABC 7 in the Bay Area, General Manager John Lynch led the team in a moment of prayer and silence Monday morning, a day after the shooting took place

"Our community was affected by a horrific tragedy last night down in Gilroy," Lynch said. Players then either took a knee or bowed their heads in silence.

The gunman who opened fire on a crowd at the Gilroy Garlic Festival Sunday evening, killing two children, an adult and injuring at least 19 more, was identified as 19-year-old Santino William Legan, Gilroy police confirmed at a press conference.

According to Smithee, Legan once lived in Nevada, but is from Gilroy and was living there as recently as Sunday's shooting.

Who were the victims in the Gilroy Garlic Festival Shooting?

Who is the Gilroy Garlic Festival shooter?

Gilroy mayor: 'One never imagines such a thing could happen here'