On the front lines of war, his imagination was his escape. Today, it's a fantasy novel.

This veteran is breaking stereotypes by being himself. 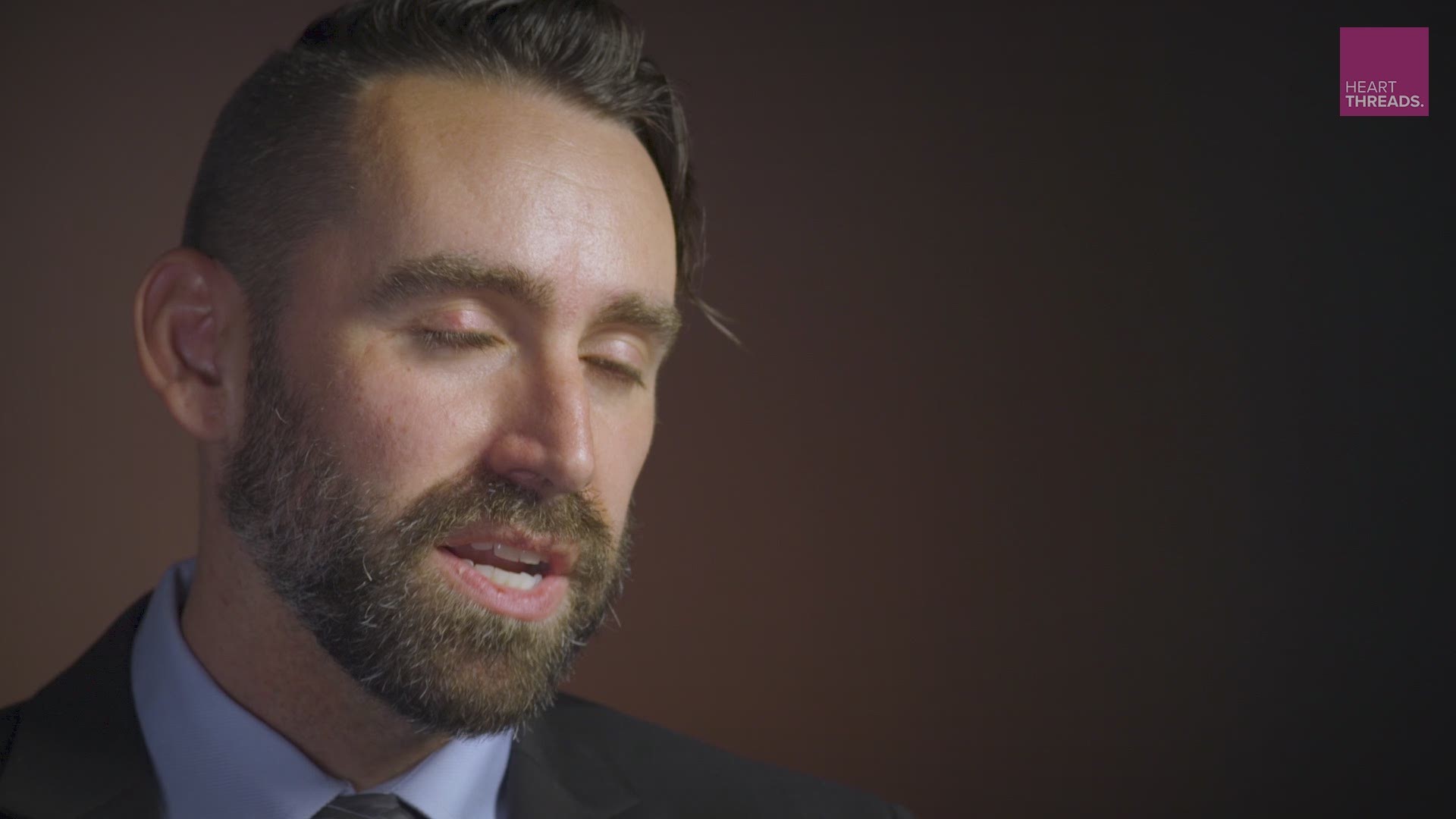 Fantasy author and military veteran are two seemingly contrasting paths in life. By simply being himself, D.L. Jennings is intertwining the two and breaking stigmas along the way.

For Jennings, falling asleep and dreaming wasn’t his escape to another world. It was prior to bedtime when another landscape would fill his imagination.

Every night, Jennings’ mother would tuck him in and read C.S. Lewis’ “Chronicles of Narnia.”

“It was so magical,” recalled Jennings. “These worlds, these universes that the authors are creating. There’s just no limit.”

Jennings’ love of fantasy grew from there. Throughout middle and high school, Jennings and his closest friends bonded over a shared passion of the X-Men comics and other fantastical worlds.

Yet as Jennings came of age, he like most Americans struggled to find answers and an escape from a tragedy that changed the course of history: September 11, 2001.

At the time, Jennings was 20 years old without a clear future in mind. He worked at a record store and was struggling to find motivation to continue his college education. It wasn’t until his father brought up the idea of enlisting in the service that Jennings could see a future career for himself.

“I said to myself, ‘If I can do this, I can do anything,’” said Jennings. “Joining the military opened up an entire world to me.”

For the next 14 years, Jennings would serve as a linguist and an airborne intelligence and surveillance recon operator. His time in the service took him around the world, including 11 deployments to war zones in Afghanistan, Iraq and Africa.

While he regards his time in the military with great respect and appreciation, Jennings also admits it was scary.

“I think that’s where writing as an escape really came out for me,” said Jennings.

While deployed in a remote area in Africa, Jennings decided he wanted to find both an escape and way to pass the time by doing something meaningful. He began thinking about his childhood, filled with stories from “Lord of the Rings” and “Chronicles of Narnia.”

“I began thinking, ‘Maybe this is something I can do,’” recalled Jennings. “So, I sat down without a real clear story in my head -- and I just started writing.”

Little did he know, this was the start of his own epic fantasy novel.

Jennings would return each day and try to write, typing everything out on the touch keyboard of his iPad. After some difficult days he couldn’t manage it. Other days, he needed to write.

But all along to Jennings, his writing was something just for himself. He never thought anyone would want to read it. Until his friends got their hands on some excerpts.

“I had no clue that someone would look at what I’d written and say, ‘This is good. This is very good,’” said Jennings. “I had no intention of finishing the book before that.”

With encouragement from friends, Jennings decided to not only complete the 456-page book but pursue publishing.

“Gift of the Shaper” was born.

Jennings describes the novel as a David and Goliath story, continually revolving around the idea of overcoming adversity and being bigger than the roles you were born to play.

For Jennings, the novel drew from his own story – one of breaking boundaries.

“People can take away from [my story and the novel] that anything is possible, you don’t want to limit yourself,” said Jennings.

After 14 years in the Air Force, Jennings retired in pursuit of a full-time writing career.

“I hope people can look at me and see an example of someone who definitely followed their dream of something that was the furthest thing from his mind,” said Jennings.

For more information on Jennings and Gift of the Shaper, click here.