The gender-bending selfies are flooding social feeds since Snapchat introduced a filter allowing users to swap gender appearances with the tap of a finger. 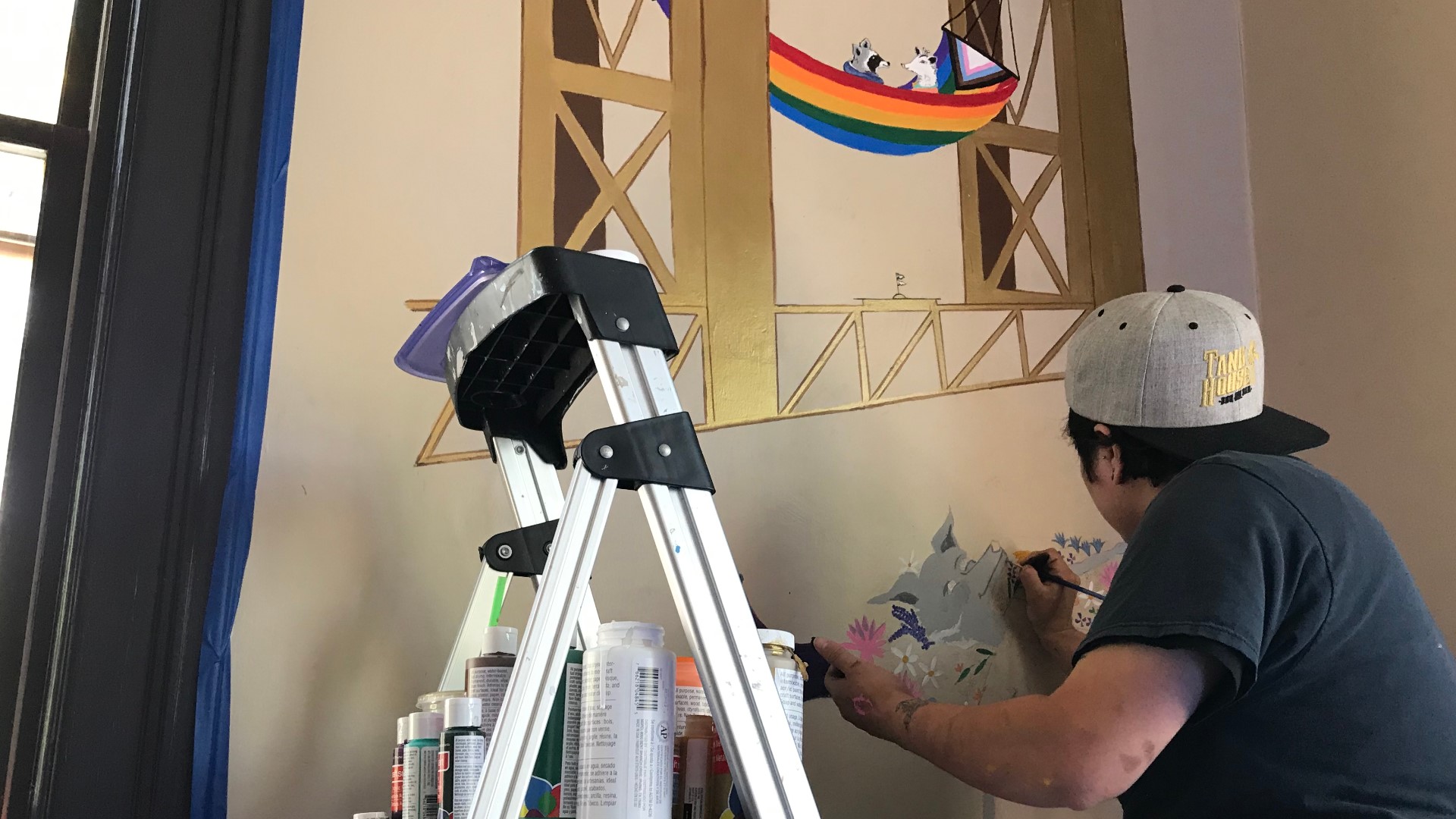 NEW YORK — Hit a button, and you're "transformed" into a woman. The beard disappears. The face and jaw smooth out. The hair floats jauntily around the shoulders.

A swipe and another click. Suddenly you're a square-jawed man — heavy of brow, sporting five o' clock shadow.

The gender-bending selfies accompanied by flip or sarcastic comments are flooding social feeds since Snapchat introduced a filter this month allowing users to swap gender appearances with the tap of a finger. But for many people who have longed for a button that would change them in real life, the portrait parade isn't a game.

"My gender's not a costume," said Bailey Coffman, a 31-year-old transgender woman from New York. "This story that I feel is very real. I lost a lot to be who I am, and I fought really hard for the body that I'm in."

"And when certain people post it and write about how silly it is and how goofy they look with this filter," she said, "it makes light of the transgender experience."

She and others, though, do see possibility in the pastime.

Some argue that the filter, which Snapchat calls a "lens," could be a therapeutic tool that leads to self-discovery and even helps ease the transition of people struggling with gender identity once they see who they could become.

"There are people who haven't found themselves yet, and this is a great way to say 'This is really affirming for me' and to take that next step," said Savannah Daniels, 32, a military veteran living in Baltimore.

Daniels says she realized she identified as female after watching episodes of "RuPaul's Drag Race" while serving in Afghanistan as a chaplain's assistant in the U.S. Navy.

Snapchat is not the first face-altering app with such a feature; FaceApp, for instance, has had one for years. But users of the Snapchat filter unveiled the second week of May have noted its high quality. And, of course, the very popularity of Snapchat amplifies the feature further.

Snapchat's maker, Snap Inc., which has drawn criticism for a Bob Marley filter some likened to blackface and another that overlaid stereotypically Asian features on users' photos, commented about its filter in an emailed statement.

"We understand that identity is deeply personal," the company said. "As we have and continue to explore the possibilities of this technology, our Lens design team is working ... to ensure that on the whole these Lenses are diverse and inclusive by providing a wide range of transformative effects."

Jessie Daniels (no relation to Savannah Daniels), a City University of New York professor and an expert in digital sociology, says that for people unfamiliar with the concept of gender as fluid — not innate and not binary; that is, not strictly male or female — such filters can be both radical and transformative.

"They get a chance to play with gender in a way that many of us who are LGBTQ have played with gender our whole lifetimes and understand the social construct part of it," she said.

That could be meaningful for youths reckoning with gender identity or, she says, just for putting the notion of gender fluidity on youngsters' radar. A survey last year by Common Sense Media found that 44 percent of teenagers use Snapchat as their primary social app.

"I do hope this does help some people better recognize their gender," said Elliott "Ellie" Wheeler, a 16-year-old sophomore at Michigan's East Lansing High School who, combining the words female and butch, identifies as a "futch" lesbian.

Because most of her social media contact comes with trans people, she says, she hasn't seen much use of the Snapchat filter. But she also doesn't hold the company responsible for any controversy.

CUNY's Daniels, though, wonders whether the filter is an attempt by Snapchat, which has struggled against competition from Facebook and Instagram , to win back market share. Snap Inc. did not respond specifically to questions about its business strategy, saying in its email only that "we regularly experiment with new technologies and features as part of our mission to empower self-expression."

For people who are finding the fun in the game, Savannah Daniels urges them not to enjoy it and then simply dismiss "actual living beings that are trans." She reminded people of that Saturday with a tweet under her moniker, "Miss Clean Legs," that went viral.

"These new Snapchat filters got y'all out here having fun with gender roles, joking about sex with your homeboys, and sporting beards with lashes. All we ask is that you keep that same energy when you interact with actual transgender and non-binary ppl."