The device known as the “Cannibuster” uses a test strip and saliva sample to detect marijuana. It's made by Akron-based Triple Beam Technologies 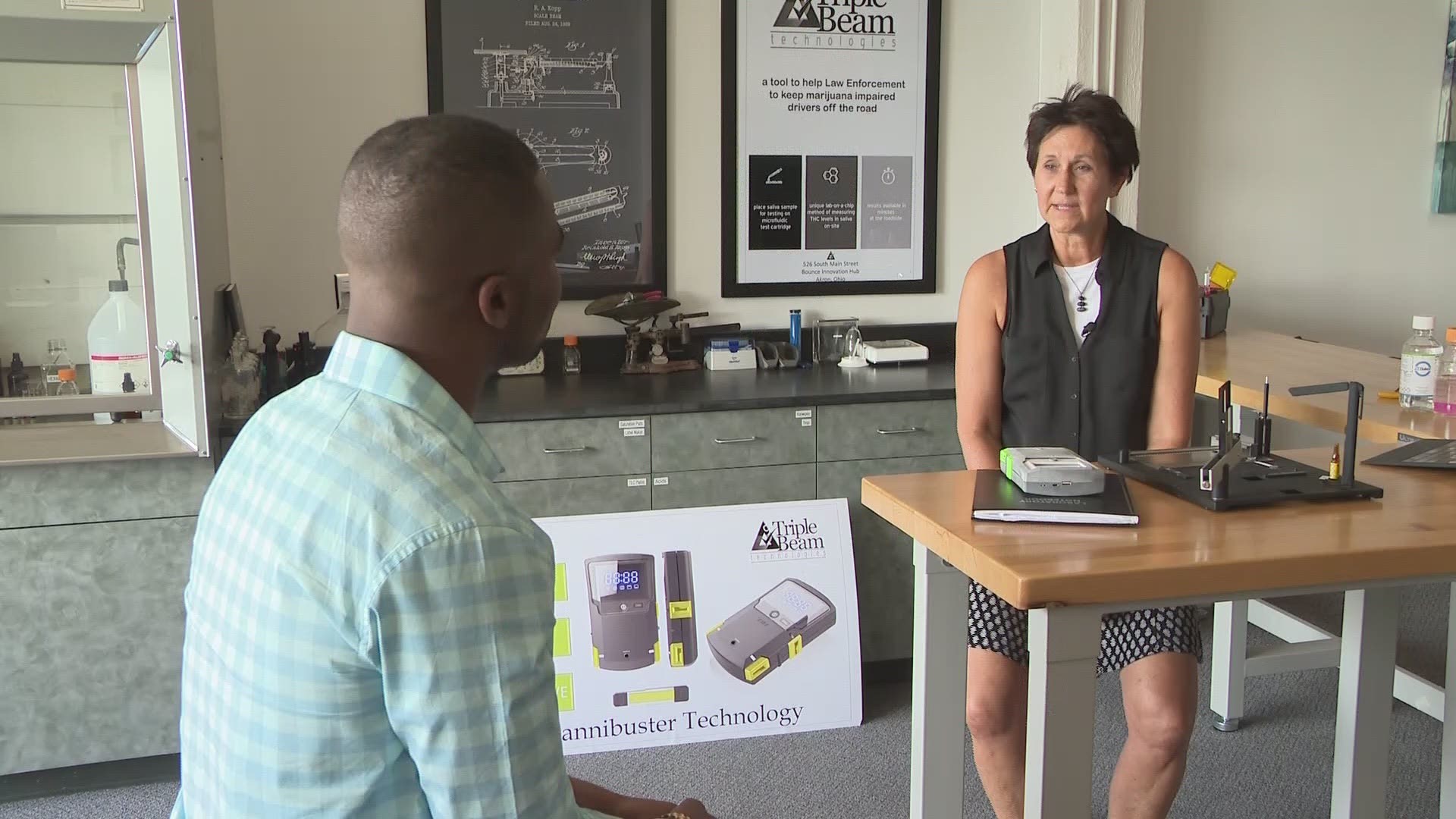 AKRON, Ohio — An Akron based start up company is closer to becoming one of the first to commercially develop a marijuana detection device, as more and more states legalize the drug for medical and recreational use.

The device known as the “Cannibuster” uses a test strip and saliva sample to detect marijuana. Within minutes, it can tell a police officer how much THC is in someone’s system during a traffic stop.

"The device takes a saliva sample that's collected from the driver. [The officer] inserts it into the test trip, put the test strip in the side then the police officer presses the button, the test progresses and then a result will come up,” said Kathy Stitzlein, who is the founder and CEO of Triple Beam Technologies.

Currently, law enforcement officials take blood or urine samples to determine if a person is under the influence of marijuana.

Stitzlein says it can take hours to do and the results could take more than a week to get back. But, that’s after a traffic stop. The only way an officer can know during a traffic stop is a field sobriety test, which she says could turn out to be wrong.

“If you're stopped now and they think that you've used marijuana, you're going to be in for a minimum of a couple of hours to four hours, possibly having your car impounded and you may not have done anything,” she said.

Lt. Rick Edwards with the Akron Police Department says a marijuana detection device such as the “Cannibuster” could be “beneficial” for law enforcement.

In addition to police, Stitzlein hopes to make the device available to medical patients as well as employers.

She says there are other companies developing similar products, but their devices only tell an officer if THC is present in someone’s system.

“Our device would be the next generation of that because we actually give an amount,” she said..

She says her company has partnered with Spartan Technologies to develop the devices. Sitzlein says she believes police departments who are interested can start field testing the product by early next spring. She says the device has received interests from area departments already.

Sitzlein also says the “Cannibuster” could be commercially available within the next 18 months.