Although these facts don't relate directly to his research, Nicolas Alexandre has learned a lot of fun and weird facts about hummingbirds along the journey. 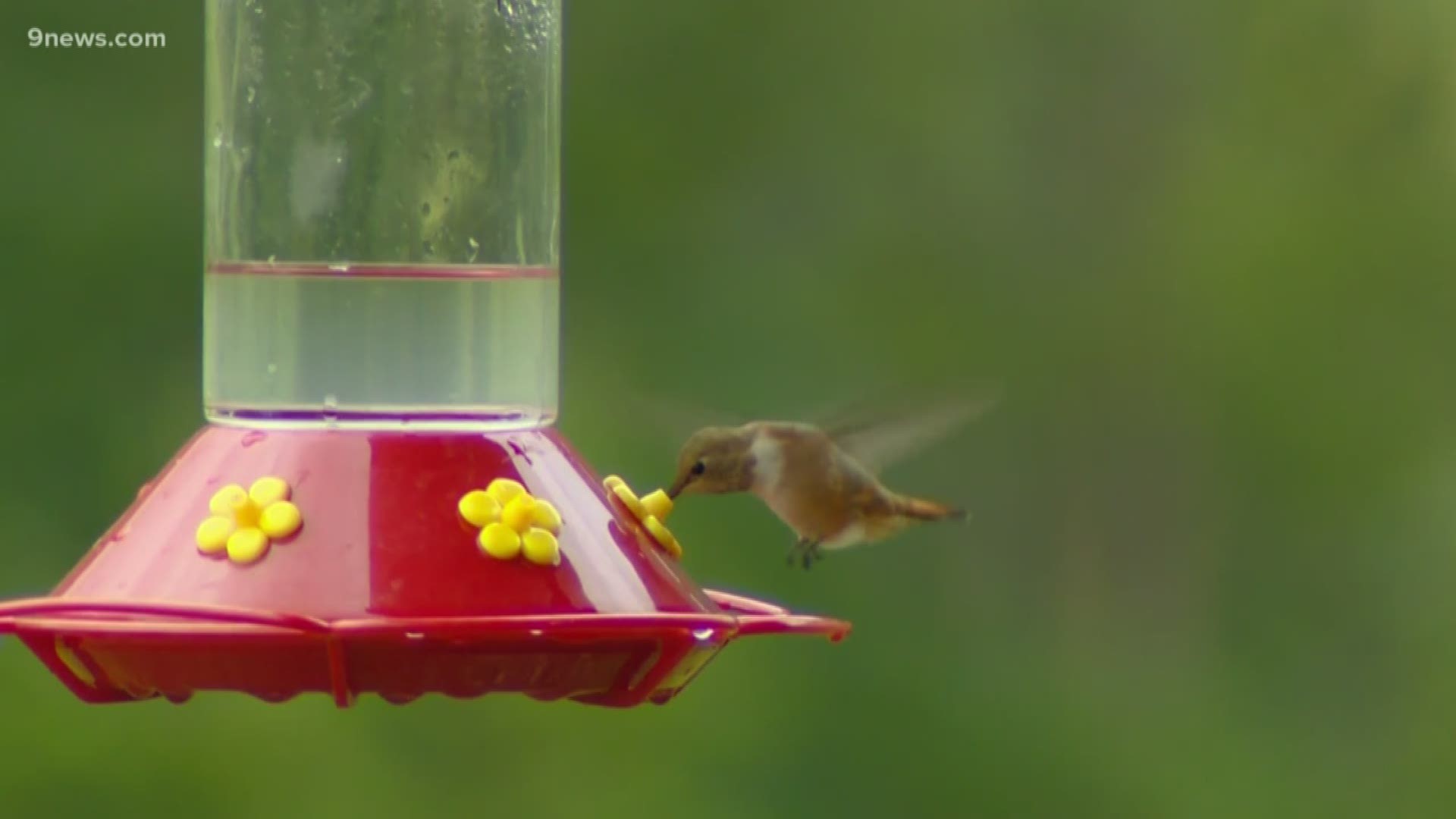 CRESTED BUTTE, Colo. — Nicolas Alexandre is in his third year as a Ph.D student at the University of California at Berkeley in the Department of Integrative Biology. His research focuses on the link between evolution and ecology. He uses hummingbird bills as his model. He’s found variations in their shapes and sizes within species, and helped sequence 500 hummingbird genomes. His field research is done at the Rocky Mountain Biological Laboratory in Gothic, Colorado.

He hit 9NEWS with some sweet hummingbird facts. Check them out below!\

RELATED: The best places to burn calories and then put them back in near Crested Butte

The Rufus hummingbird, a tiny orange guy who flew to Gothic, Colorado from Alaska “has one of the longest migrations of any bird for its size.” 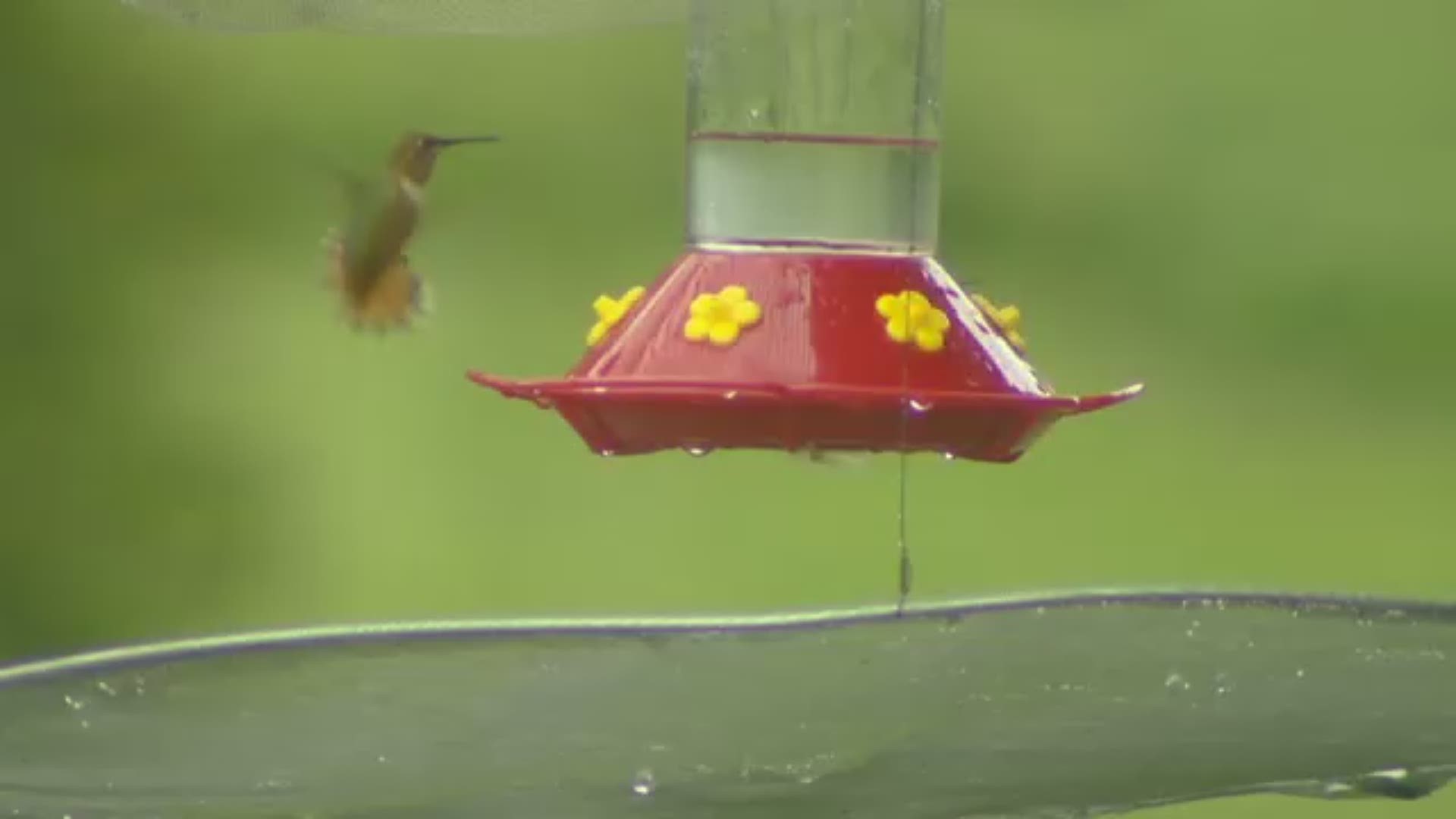 “Having one feeder you probably won’t see a lot of birds, especially in Colorado because Rufus males are extremely territorial and they’ll defend the feeder from any birds. So having multiple feeders prohibits a male Rufus from defending all of those feeders. I think usually two is enough.”

5. They have no control of their tongue

“The hummingbird tongue is not prehensile, which means they don’t have control over what it does. So when the tongue is going into a flower, it’s pretty much just flailing around, and so the beak is actually a focus for the tongue.”

3. When scientists capture them, they can be a bit stunned

“One of my favorite things about hummingbirds is they’ve been on their backs before so often when you hold them on their backs they’ll lay there for a while before they take off.”

6. They are cute, but not all the time

“They poop all over me. when we’re done the end of the day, they poop on you they pee on you.”

“We often read in our natural history books, this hummingbird loves this flower, and while that’s generalizing the entire population there are probably individuals that don’t use this flower...There is likely niche partitioning, where some birds with some bill shapes are using some flowers and some are using different flowers."

8. A species of hummingbirds in Colombia has evolved their beaks into weapons

"I'm studying weapons in a species called the Sparkling Violet Ear, so they have bill weapons meaning they have these big serrations, they have hooks, they have daggers. And what I'm looking at there is you actually see that natural selection acts on the bill to become a really efficient feeder, but weapons are really bad at being good feeding instruments.

9. The oldest known hummingbird was captured by Alexandre's primary collaborator, who has researched at Rocky Mountain Biological Lab for 49 years

"The oldest known hummingbird in the wild is a female that we banded here and we saw her almost every year for 13 years," said David Inouye, a Professor Emeritus at the University of Maryland.  "And that’s a real record for a wild hummingbird."

10. There's a barista at the coffee shop in Gothic, Colorado who is also a really great at hummingbird tattoos

"That’s actually literally what happened…Yeah I was like I’ll have an espresso and a tat."

SUGGESTED VIDEOS | Next with Kyle Clark