In the blink of an eye. 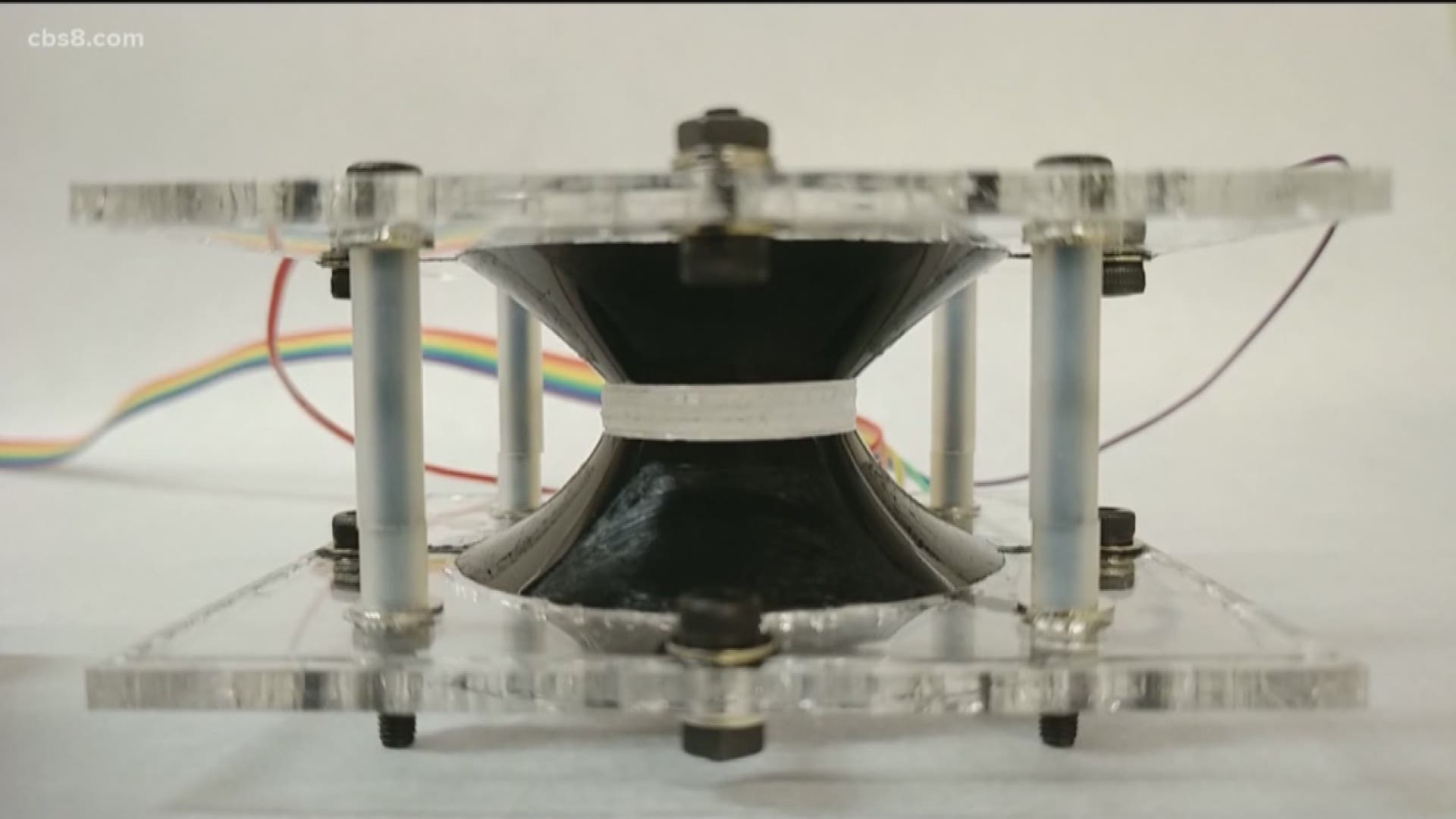 SAN DIEGO — UC San Diego scientists have created an eye-controlling lens that allows the lens to be moved with the blink of an eye.

"It's triggered by the signal called the Electrooculographic signal generated around the eyes,” said UCSD Engineering Associate Professor Shengqiang Cai.

Professor Cai calls it the first developed interface between human beings and a soft machine. The idea took two years for Professor Cai and a student to create.

In experiments, students wore electrodes triggered by eyeball movement that synchronized with the movement of a lens. When an eye moves, it generates an electric signal causing a closer look.

Like a muscle, the movement-mimicking mechanism could work for any lens including eyeglasses, a camera and for robotics. The advanced technology would allow cell phone users to zoom in and out with their eyes instead of the hands.

Personal blinkers could move a lens in any direction - up, down, left, right and even rotate. Cai said the response speed is very fast, almost instantaneous.

As for when this latest lens discovery could be for sale, Cai said that will take more time.

"There are possibilities, but of course a significant amount of work is still needed," he said.

UC San Diego inventors said this eye-catching technology has the potential to be used in visual prostheses, remote-operated robotics and possibly contact lenses in the future.