A large grass fire is blocking both directions of I-5 in north Sacramento. Parts of I-80 are also closed near Natomas.

Interstate 5 is reopened in both directions in the Natomas area after a grass fire flared up early Sunday afternoon, according to Caltrans.

The fire torched several vehicles on the highway as some drivers were forced to abandon their cars and flee. Authorities are warning drivers to drive slow and keep and eye out for first responders who are still working to clear up the roadway.

There have been no reports of injuries. The cause of the grass fire has not yet been determined.

Firefighters are making progress on a brush fire that shut down I-5 in Natomas on Sunday afternoon.

The fire torched several vehicles along I-5 when flames forced the drivers to abandoned their cars and flee. There are no reports of injuries.

A large grass fire has shut down both directions of I-5 in Natomas, north of Sacramento. The freeway may be closed for several hours.

I-80 is also closed in the area through at least 5 p.m. between Truxel and El Camino.

A photo shared on the ABC 10 Facebook page shows a large tree blocking several westbound lanes of I-80 in Davis at the Richard Boulevard exit, west of downtown Sacramento:

The Sacramento Police Department is diverting traffic onto surface streets.

Another grass fire is burning along Highway 50 and Howe Avenue. We'll provide updates on the fires and traffic as more information comes in.

Live look at the I-5 closure 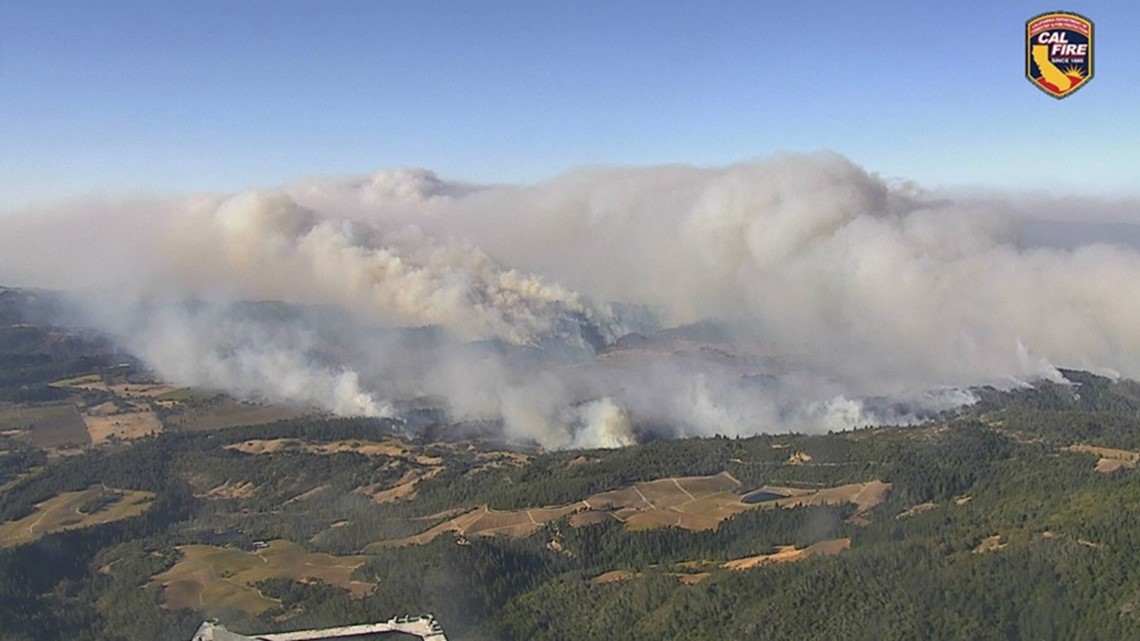 Kincade Fire: 180,000 people forced to evacuate amid statewide emergency
SANTA ROSA, Calif. - 12:46 p.m. update: More than 180,000 people are under mandatory evacuation orders in Sonoma County. The Kincade Fire has destroyed 77 buildings, including 31 homes. Up to 31,175 more structures are threatened. The fire has grown to 30,000 acres and is 10 percent contained, CalFire reports.

Gov. Newsom declared a statewide emergency on Sunday due to destructive wildfires and winds.