A collision between a big rig and pickup caused the highway to close. 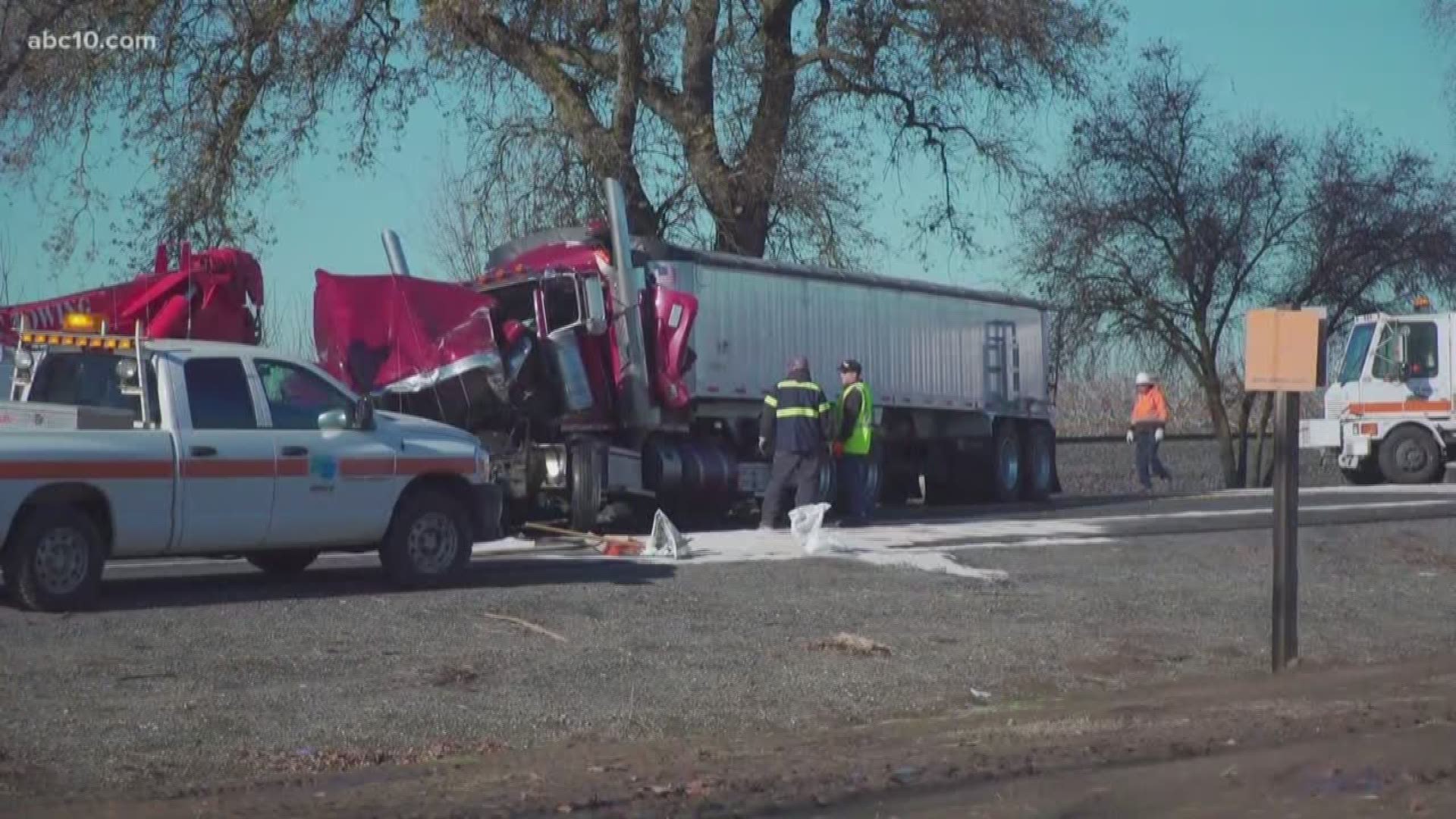 Highway 99 has reopened in both directions near Live Oak following a head-on collision that took one man's life, according to California Highway Patrol (CHP).

The man, who's identity has not been released, was driving northbound on Highway 99, south of McDonald Avenue in a 2000 GMC when his truck crossed over into the southbound lane, hitting a semi-truck head-on.

The driver of the semi-truck has been identified as 51-year-old Thomas Pacheco of Turlock. He suffered minor facial lacerations, according to CHP.

Alcohol is suspected to have contributed to the collision, CHP said.

Highway 99 is closed in both directions due to a deadly collision south of Live Oak, according to Caltrans.

A collision between big rig and a pickup caused the highway closure, Caltrans said. The pickup crossed over and hit the semi head-on, according to the California Highway Patrol (CHP).

The highway is expected to be re-opened around 12:30 p.m., Caltrans officials.

Watch #MorningBlend10 weekdays at 5-7 a.m. for everything you need to know to start your day.