Five people total were injured in the crash, however, their injuries were reported as minor. 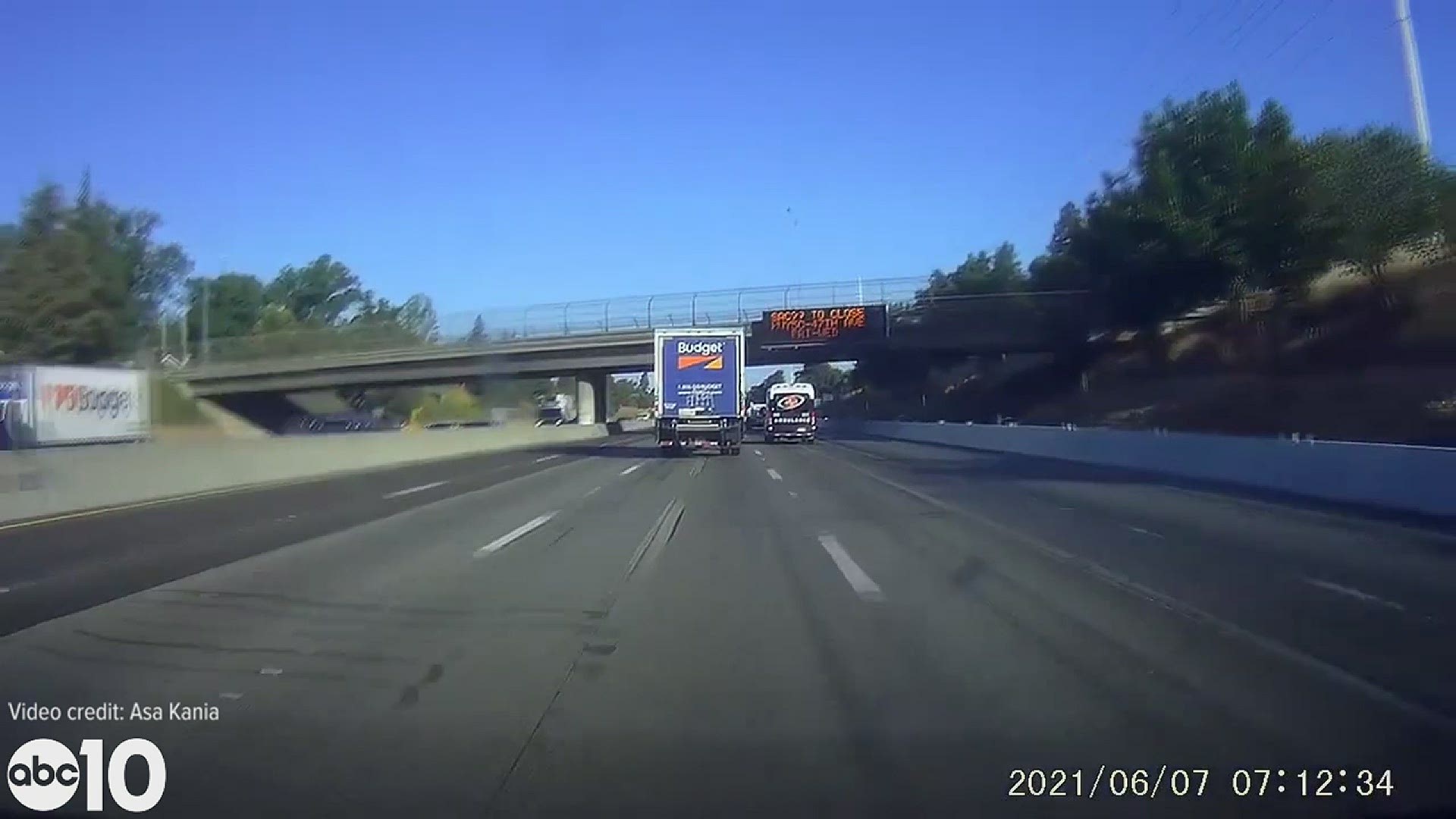 Five people were injured after a large truck overturned Monday morning along Hwy. 50 near Stockton Boulevard.

According to the Sacramento Fire Department, the crash involved a big box truck and a private ambulance around 7:30 a.m. All injuries were reported as minor.

Lanes were reopened, as of 10 a.m., in the westbound director, as well.

Click here to watch dashcam video of the crash.

At least one westbound lane along Hwy. 50 near Stockton Boulevard has reopened to traffic. Delays are still expected until the area is clear.

Injuries were reported but did not specify how many people were involved.

An overturned box truck is causing traffic delays along Highway 50.

The accident happened near Stockton Boulevard, along Hwy. 50, Monday morning. Westbound lanes at Hwy. 50 are blocked at 51st Street overcrossing.

Information is still being gathered but the congestion is believed to have been caused by an accident involving the truck. Caltrans cameras at Hwy. 50 at 39th Street show the backup.

Delays are expected in both eastbound and westbound directions.  There is currently no timetable for the reopening of the eastbound lanes.

Commuters should take Folsom Boulevard as an alternative route.

This is a developing story. Stay with ABC10 for more information as it becomes available.

Highway 99 to be out of service for 4 days due to $5.9 million renovation | Caltrans