An orchard selfie could cost you $1,000, Solano County Sheriff says

If you're on private property without permission, it doesn't matter how cool your photo is because you're trespassing. 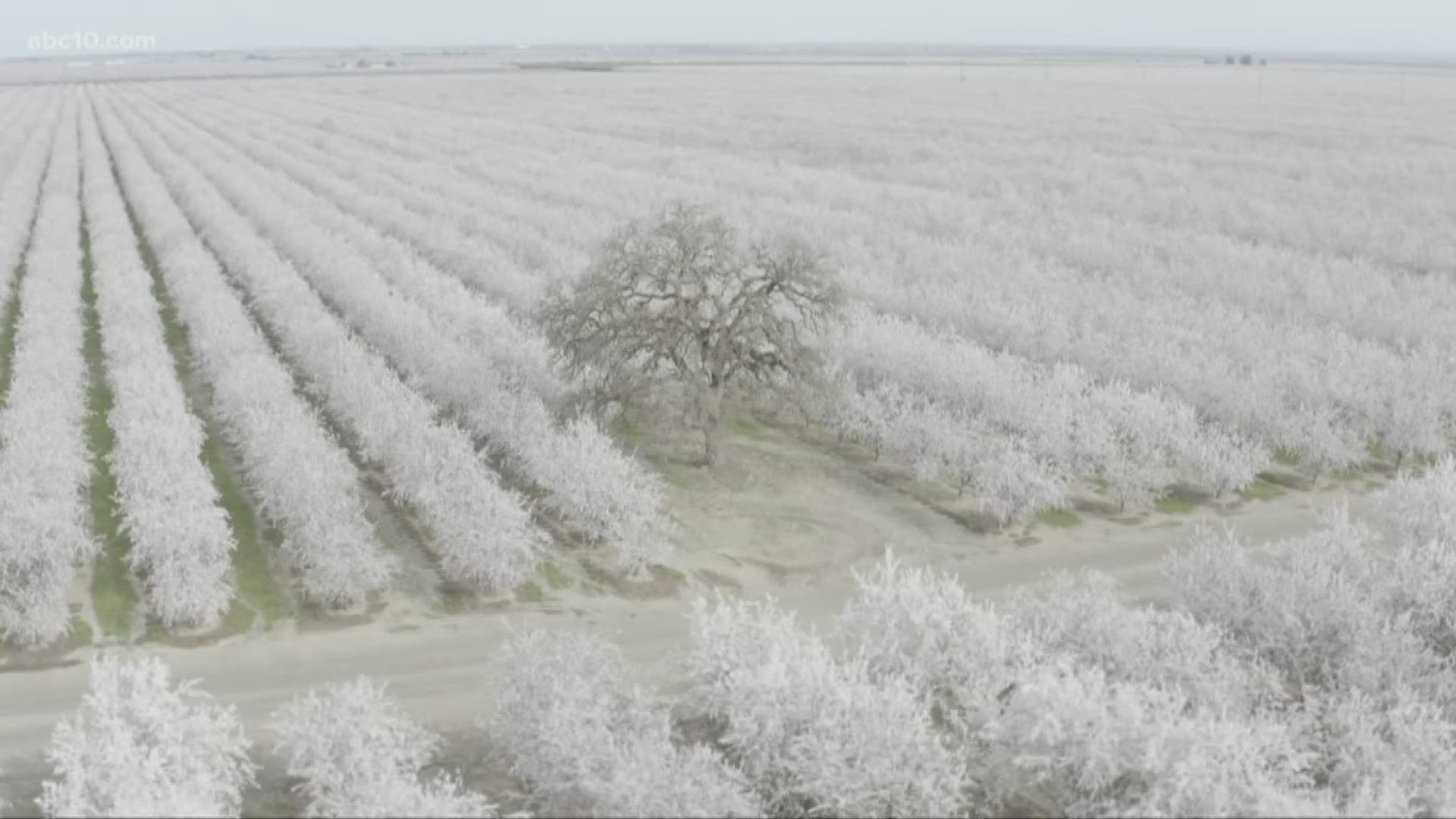 SOLANO COUNTY, Calif. — As winter begins to fade to spring, Northern Californians are reminded that our beautiful almond orchards are in bloom from mid-February to mid-March.

You likely found that out on Instagram or Facebook before you read this article though, right? However, in a Facebook post shared this week, the Solano County Sheriff's Office is reminding people that although those photos might be nice, depending on what you did to get them, you could face up to $1,000 in fines.

Because what many people are doing, trespassing, is detrimental to local growers.

"This weekend there was a steady stream of people stopping on roadways, in orchards and taking photos in the unincorporated areas of Dixon and Vacaville," Resident Deputy Jim Currie said.

Several property owners in that area are now extremely concerned about liability and environmental impact on their crops as people begin to trickle through.

"As alluring and as picturesque as an almond orchard in bloom may be to a dedicated selfie seeker, farmers in Solano County are asking ALL visitors and community members to 'PLEASE' respect their property when they’re trying to snap that perfect shot," the sheriff's Office wrote on Facebook.

Deputy Currie reminds those interested in taking those perfect social media photos that they're not only trespassing, they're encouraging others to trespass by creating beautiful images they'll want to copy.

Dozens of people showing up to take pictures on private property could:

"Recently, there have even been vehicles stuck in orchards, damage to watering lines and the after effects of picnic lunches (trash) left behind," the sheriff's office said.

Last year, the effects of "the perfect selfie" ran rampant on Daffodil Hill  — a place that once allowed the public to come for visits and photos. Crowds were so large that roads just couldn't accommodate, and the family-owned business decided to close indefinitely.

Here's what you can do:

The photo above, taken from the roadway, is totally Okay. The sheriff's office and orchard owners say you're fine to take photos from a safe parking spot, off of the properties. But if you decide to walk through them and insert yourself into someone else's valuable crop...you'll be violating Penal Code 602.

That's the statute that defines criminal trespassing as the moment when a person enters or remains on someone else's property without permission to do so. If you decide to violate the request, you'll be committing an arrestable offense and it could cost you $1,000.

If you still must absolutely trek out to the orchards, the sheriff's office asks that you stay off of private property and make sure to park in the right areas before photographing.

Keep in mind that many of the roadways surrounding the almond orchards are rural roadways that were established primarily for farm equipment and don't have viable shoulders to park on. Which means, it may be very difficult to pass cars safely without impeding the work of those doing their jobs at the orchard.

"Many selfie seekers have even been brazen enough to drive into orchards, 'set up photo shop,' while they share a nice bottle of #SolanoCountyWine, picnic and let their children and pets run through the almond orchard and flower petals," the sheriff's office said.

Bottom line: be polite. If you can't find a spot to park for the photo, put your phone or camera down and simply enjoy the moment right in front of you.

ABC10's John Bartell got in touch with growers for permission to shoot drone footage of the Spring bloom in 2019. If visuals are what you're searching for — look no further than this episode of Bartell's Backroads!