Locals Only: Why Stanislaus County is limiting access to Woodward and Modesto Reservoirs

Visitors will need to show their ID to get into the park. If they recently moved to the area, park officials will accept a utility bill as proof of residency. 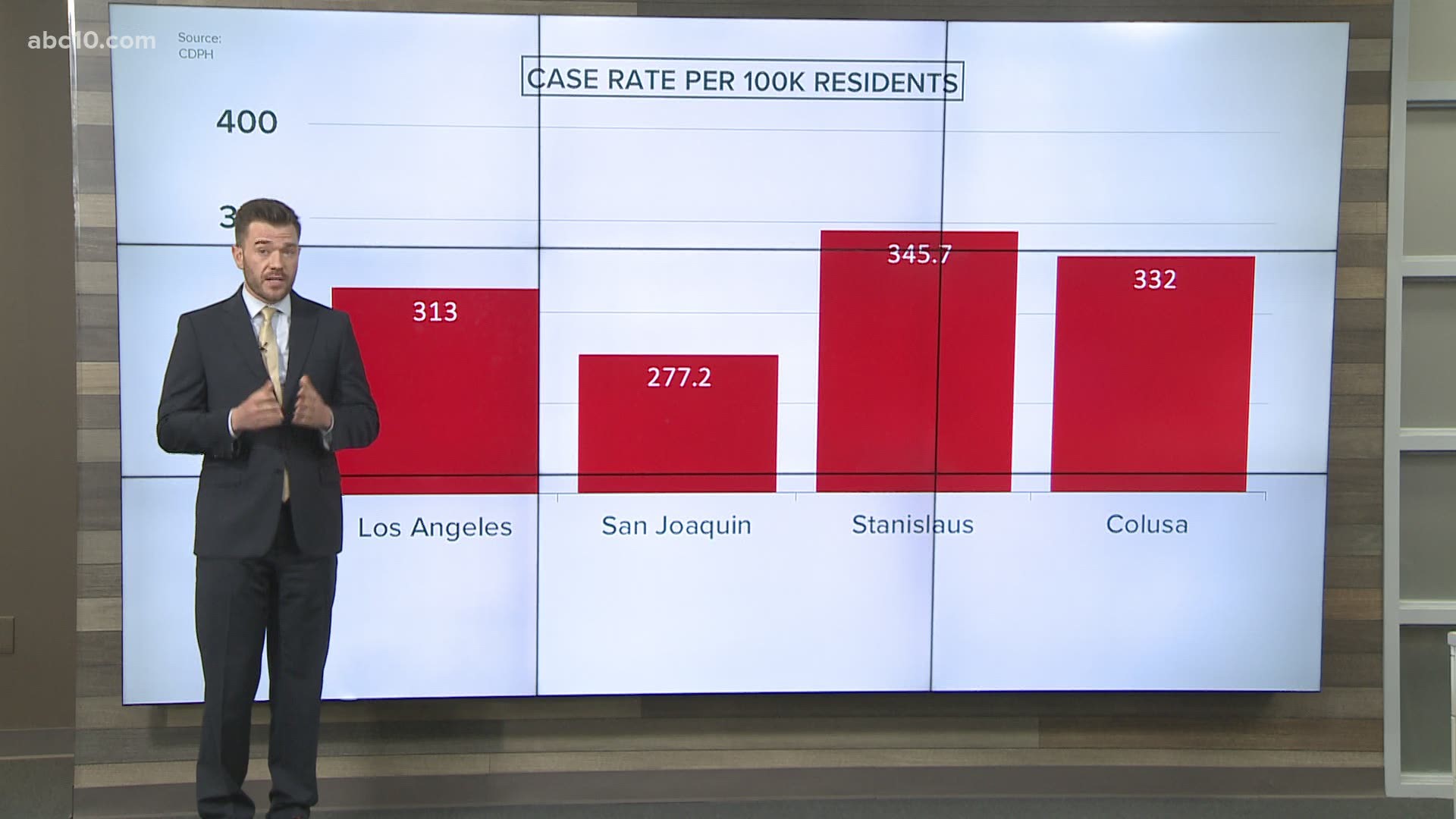 SACRAMENTO, Calif — Some people planning to visit reservoirs in Stanislaus County this summer will have to have to put those plans on hold.

Beginning Saturday, July 31, Woodward and Modesto Reservoirs will no longer be open to non-residents of Stanislaus County. Camping reservations at the two sites will be canceled for non-residents beginning Thursday, Aug. 6.

"The Sheriff and public health officer were concerned about the number of visitors at the reservoirs and the number of people coming in from out of the county," Jackie Dwyer, director of parks and recreation for Stanislaus County, said. "Stanislaus County is on the state's watch list because of elevated numbers of COVID-19, so this is an effort to reduce the numbers of people at the reservoir."

"We were averaging about 17,000 people between the two reservoirs in July," Dwyer said. "That's a huge number of people to be in one place during COVID-19. There had to be steps taken because of being on the state's watch list and transmission numbers."

Visitors will need to show their identification to get into the park. If they recently moved to the area, park officials will accept a utility bill as proof of residency.

Dwyer said the public's disappointment is understandable, but the county is trying to make the best decision to keep residents safe.

"It's disappointing to hear that you won't be able to camp or take a boat out, but the sheriff's department was really concerned about the lack of social distancing and mask wearing," Dwyer said.

WATCH ALSO: Two-thirds of coronavirus cases in Stanislaus County are in the Latinx community

Some of the factors leading to the uptick in cases is because many are essential workers and many live in multi-generational households.