Flying for the holidays? We got on a plane during the pandemic. Here's what it was like.

Here's what its like at 30,000 feet during the coronavirus pandemic. 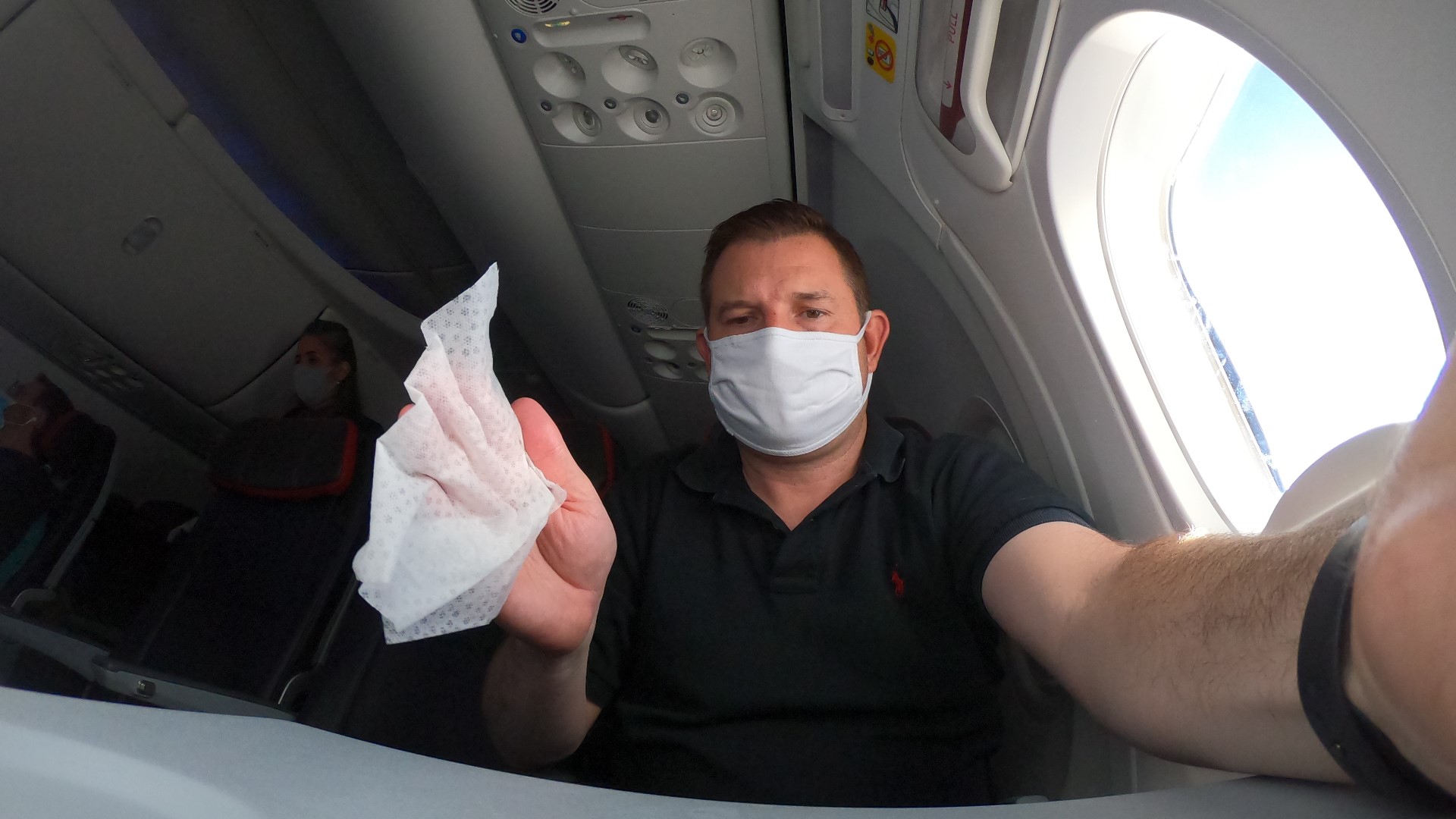 TAMPA, Fla. — Thanksgiving is just about a week away; and after nearly nine months of mostly empty airports across the country, some people will be returning to the skies to fly home for the holidays.

But COVID-19 is far from over and that has others carefully considering if it’s worth the risk of potential exposure while traveling.

Last week, I took a flight from Tampa to Philadelphia and back to show what conditions looked like both at the airport, and on the plane.

I wasn't exactly sure what to expect, taking my first flight since the pandemic first got bad in early spring.

Before heading out, I checked in with USF College of Public Health Professor Dr. Marissa Levine for some last-minute advice.

“Mask wearing is absolutely critical,” said Dr. Levine who said your time spent on the flight itself might not be where you are most at risk.

She says spending time in a busy airport can be just as hazardous and that wearing a mask could make all the difference.

“Make sure you keep it on through all phases of your travel,” said Levine. “I would also bring an extra mask, bring some hand sanitizer or wipes. Anything you can do to protect yourself from both the airborne and contact would make a lot of sense.”

With all that in mind, I packed up and headed inside Tampa International Airport.

Even though it’s not yet peak holiday travel time, I was surprised by just how empty the airport was.

The checkpoint where you would normally show your boarding pass to get out to the gate has been removed, so I was able to walk right onto the people mover.

The first spot I had to be close with other people was the line for TSA security. The lines weren’t too long, but as always, the area where you have to put your bags through the x-ray machine had a backup.

This was the main spot where I felt like I didn’t have control over how close I was to the people around me. The process went smoothly, though, and from there I was able to walk straight to the gate.

As I got on the plane, I was handed a clear bag with refreshments and quickly moved back to my seat, 15D.

American Airlines does not block out middle seats, and all the seats in my row were filled with other passengers even though there were other sections of the plane that appeared to be empty.

After speaking with a flight attendant, I was able to move back to another row with only one other person sitting across the aisle.

“We will now be walking through the cabin to make sure everyone is wearing a mask,” said a flight attendant from the front of the aircraft.

As I settled in, I wanted to wipe down any surfaces I might be touching during my trip  The flight attendants announced they wouldn’t be serving drinks or peanuts which is why we were handed that bag when we got on.

Inside was a tiny bottled water, a hand wipe and a pair of Biscoff cookies.

I then spent the rest of the 2 hours and 32-minute flight watching a movie on my iPhone.

Flying in a pandemic

By the time we landed, it was already dark in Philadelphia. I’d have a short layover before my return trip back to Tampa. It would be just long enough to grab a Philly cheesesteak in Philly.

This was the only other time I took my mask off the entire trip, even though Dr. Levine warned layovers in big cities could be a time you’re most at risk.

“A direct flight would be your best bet,” said Dr. Levine. "If you’re in a connection zone like Atlanta or one of the big hubs, remember this is now the mixing of a lot of people from a lot of different places, indoors.”

From there, it was a 10-minute walk to my next gate.

The evening flight was even less crowded with only 55 passengers on board.

Even so, I was still sitting in a full row with other sections of the plane remaining empty. The lights went off, and the next thing you knew we were touching back down in Tampa.

Passengers seemed to disregard instructions to deplane one row at a time and did crowd up in the aisles.

But the half-empty plane cleared out quickly.

Wayne Neuenhoff was one of the passengers sitting across the aisle in my same row. He and his wife both wore N95 masks their entire flight.

“I thought it was pretty good,” said Neuenhoff.  “There wasn’t a lot of people or a lot of crowding.

Arriving back, I had the tram back to the main terminal all to myself.  There were very few people inside the airport.  A few people did gather down at baggage claim, but even there, people were easily able to stay safe and socially distanced.

It’s unclear how busy next week might be for Thanksgiving.

Experts say Nov. 25, the Wednesday before Thanksgiving and Nov. 29 -- the Sunday after -- are traditionally the busiest travel days of the week.

Monday and Tuesday, the 23rd and 24th, should be less congested.

Also, keep in mind many cities across the country have started requiring a negative COVID-19 test before travel. Experts say you should check on any local requirements a least a week before you go and make plans to get tested.

That also means the results take a few days to come back, so check that state’s website and plan accordingly. You might need to be tested a couple of days before you depart to get the results back in time.

RELATED: Florida to keep distance learning as a spring semester option for students