The order covers a 35-mile (56-kilometer) stretch of communities in Sonoma County along the Russian River, which was expected to overflow Tuesday night when it reaches 32 feet (10 meters). 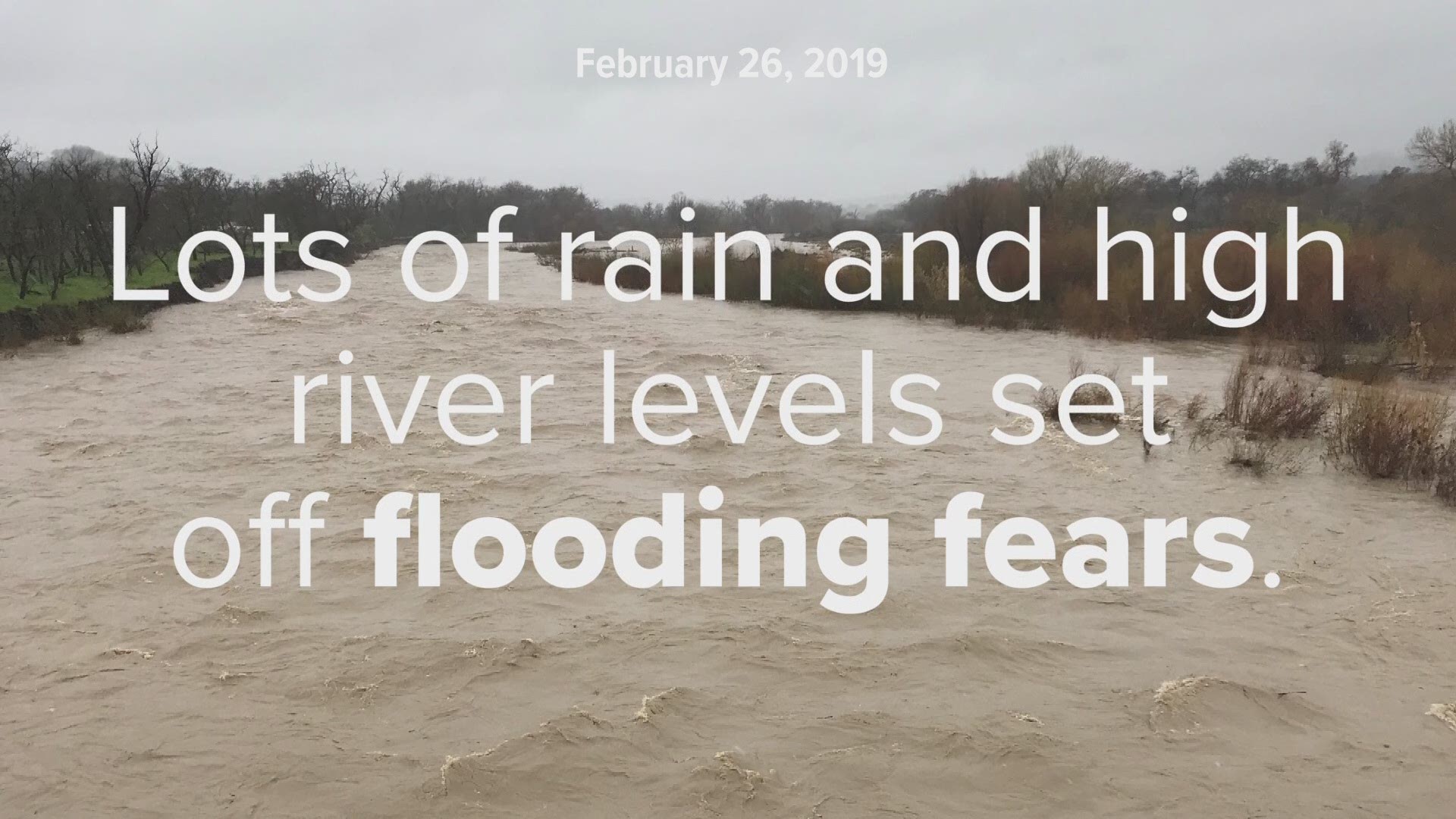 The order covers a 35-mile (56-kilometer) stretch of communities in Sonoma County along the Russian River, which was expected to overflow Tuesday night when it reaches 32 feet (10 meters).

The town of Guerneville, population 4,500, was the largest ordered to evacuate.

The river was expected to crest Wednesday night at 46 feet (14 meters) in the community 75 miles (120 kilometers) north of San Francisco.

Earlier Tuesday at the River Inn Grill in Guerneville, workers were preparing by putting perishables on high shelves in storage rooms.

But manager Andre Vazquez said the one-story building could be largely submerged that if the river reaches 46 feet.

The town often floods during heavy rain and people seemed nonchalant Tuesday about the threat, said Joseph Chung, whose parents own the Koala's Fine Food restaurant.

"A couple of weeks ago people were using kayaks to get to their mailbox," Chung said. "If it gets really bad, we'll get out."

For now, Chung said, the restaurant planned to stay open until its normal 10 p.m. closing time.

The National Weather Service also issued flood warnings and flash flood watches for the San Francisco Bay Area and many parts of the Sacramento area, lasting into Thursday morning.

While some areas could see 6 inches (15 centimeters) of rain or more — and as much as 12 inches (31 centimeters) on mountains — the intensity will not be fierce enough to cause devastating mudslides in areas denuded by a string of devastating wildfires, such as Shasta and Lake counties, the weather service said.

In the Sierra Nevada along the California-Nevada line, forecasters warned of possible whiteout conditions from blowing snow in high mountain passes. The mountains could get up to 6 feet (1.8 meters) of snow at higher elevations and winds gusting to 140 mph (225 kph) over ridgetops.

Several mountain highways, including Interstate 80 at Donner Summit, were repeatedly closed for short periods Tuesday because of whiteout conditions.

The storm already has barreled through other parts of the West, toppling trucks and trees, triggering power outages and closing roads and schools from Oregon to Montana.

It is the latest in a string that has dumped record levels of snow and rain this winter in the western U.S.

Trees succumbed to flood waters at Arcade Creek due to excessive rain.