Despite arrival of needed rain, fire threat to soar again in Australia

There is no end in sight to Australia's months-long bushfire catastrophe. 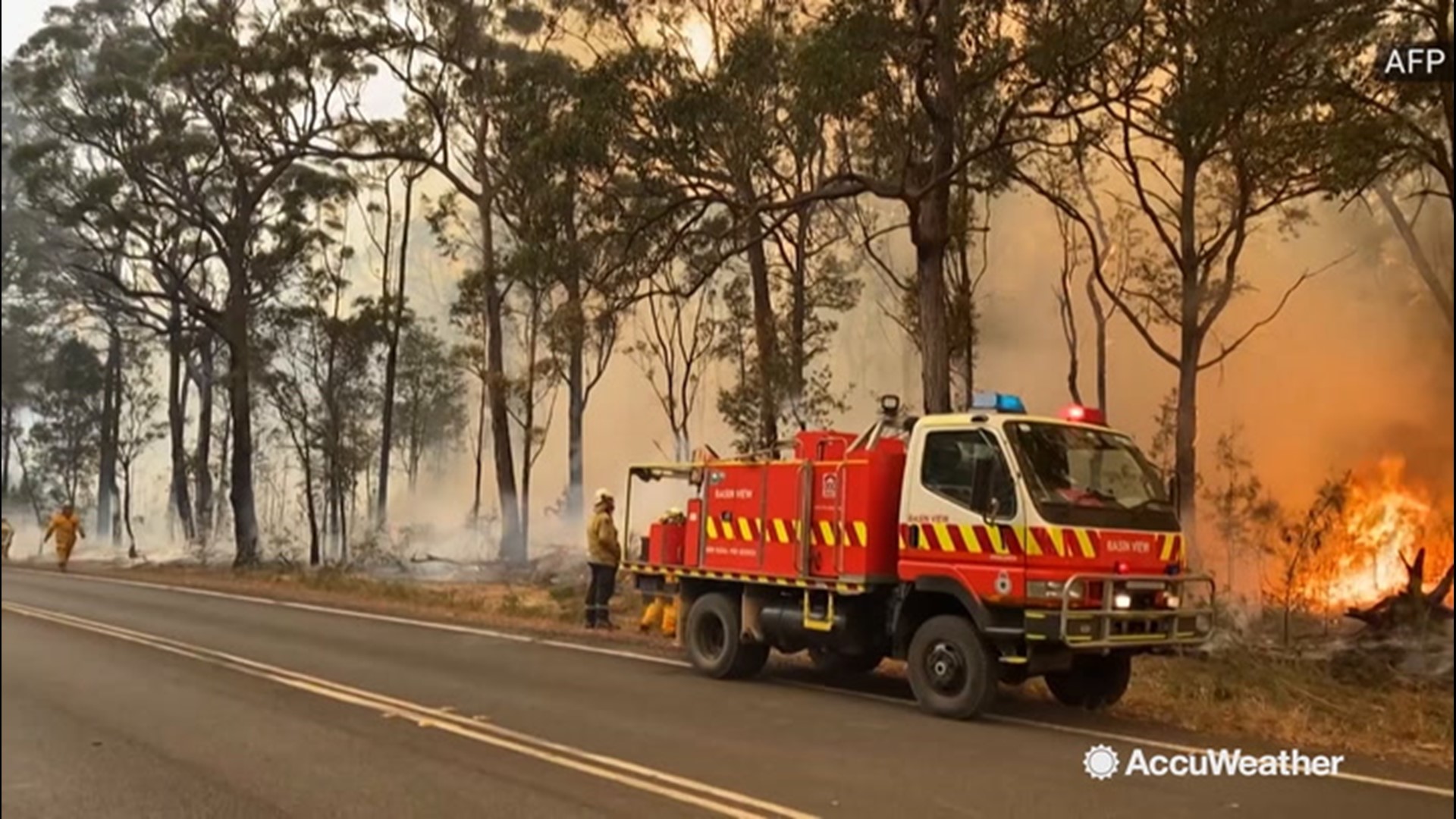 There is no end in sight to Australia's months-long bushfire catastrophe, as despite the arrival of rain over the weekend, forecasters say the ingredients for dangerous bushfire development will remain in place.

New South Wales remains under a state of emergency as more than 100 fires continue to burn across the Australian state and fires are also threatening parts of Victoria and the Australia Capital Territory.

At least 25 people have been killed in fires across the country since October, according to the Associated Press. More than 2,000 buildings have been destroyed.

"The fires are still burning, and they'll be burning for months to come," said Australia Prime Minister Scott Morrison, who pledged to increase the amount of funding needed to battle the extreme fires.

On Monday, the government pledged an additional AU$2 billion to the fire recovery fund that will help rebuild towns and infrastructure that have been destroyed, according to the AP.

There was some additional good news on Monday as the combination of cooler air and the first widespread rainfall in weeks aided firefighting efforts in southeastern Australia.

Sydney residents were heard cheering a soaking rain that fell across the city on Monday as fire crews continued to try to gain control over blazes burning west of the city.

Even in areas that were not being directly affected by ongoing fires, smoke and haze from the blazes were causing problems.

Sydney, Canberra and Melbourne have all endured spells of dangerous smoke and haze since the fires began.

As the poor air quality continued, Canberra reported higher levels of pollution in the air on Monday than Beijing, China, and New Delhi, India.

The smoke was so thick in Melbourne that visibility was less than 0.40 of a kilometer (0.25 of a mile) for several hours.

The fires have been burning so long that smoke has traversed the Pacific Ocean with winds blowing the smoke as far away as South America.

Air pollution warnings were put in place on Monday, and little improvement is expected into the middle of the week. Another change in the weather may improve air quality but raise the risk for new wildfires later this week.

Firefighters will be at risk for dangerous conditions as winds will increase and shift direction suddenly from Friday into early Saturday.

Along with the increase in winds, temperatures will soar well above normal across Victoria and much of New South Wales.

Cooler air will sweep across southeastern Australia from Saturday into Sunday before heat returns again next week.