A look into the eye of Hurricane Laura

Mobile radar offered a rare, close-up look into the eye of Hurricane Laura. 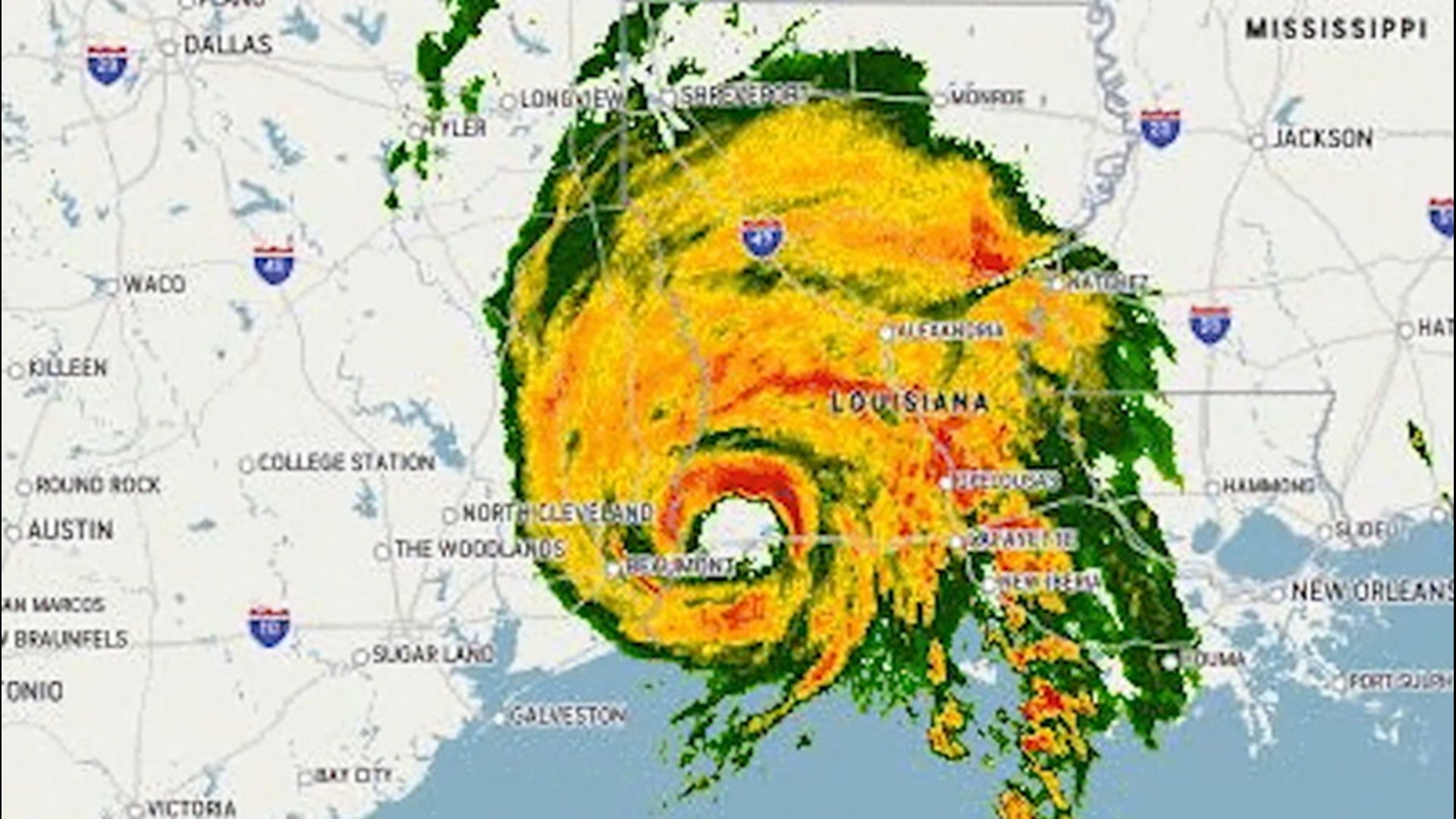 As Category 4 Hurricane Laura crashed onshore in Louisiana, it packed winds of 150 mph and caused destruction along its path. But, as hundreds of thousands of residents were evacuated and many more were hunkered down to stay safe amid the storm's havoc, scientists pushed safety concerns aside to drive doppler trucks into the deadly storm -- all to get a better glimpse into the eye of the ferocious cyclone.

Kosiba and Josh Wurman of the CSWR drove two mobile radar doppler trucks along Interstate 10 to gather data and information on Hurricane Laura as it tore through the Texas-Louisiana border.

"Our goal is to scan with both the radars to triangulate on parts of the eye and measure the vector winds, basically the wind speed and the wind direction, so we can see how the air is overturning, how it's spinning," founder of the CSWR Josh Wurman told Wadell.

According to the CSWR, weather phenomena like small mesovortices inside hurricanes and tornadoes occur less frequently and oftentimes very close to the ground, which can make tracking them with standard meteorological devices tricky.

The eye of the storm is a somewhat circular center of the storm that is much calmer than the atmosphere surrounding it, with lighter winds and less precipitation. The eyewall, however, is the zone surrounding the eye and contains the heaviest winds and strongest thunderstorms.

Mesovortices are small rotations that develop inside the eyewall of a cyclone such as Laura and can hold wind speeds up to 10% higher than the rest of the eyewall. They oftentimes end up spawning tornadoes.

"When a radar emits a beam of energy or radio waves, the beam rises the farther away from the radar it goes. Because of this, it is more difficult to see lower level circulations," AccuWeather Meteorologist Brett Rossio said.

A mobile radar that can travel closer to the eye of the storm, Rossio explained, can better meteorologists' understanding of the mesovortices that go on inside them. He said the technology is relatively new, and the ability to have a radar close in proximity to the center of the hurricane's circulation allows researchers to better study how mesovortices may impact the wind velocities of the eyewall.

"We're trying to look at this in very fine-scale resolution, and look at things really quickly and map out what's happening as the hurricane is making landfall," Kosiba said.

A recent disaster in the same region of the country brought the small-scale but devastating wind phenomenon into light.

"In Hurricane Harvey, which happened near here, we saw for the first time really, a lot of these tornado-scale vortices, which were associated with swaths of damage, and we're trying to understand that newly discovered phenomenon better," Wurman explained

The researchers are aiming to uncover how ocean energy works its way up into hurricanes and how strong winds are pulled down to the ground to cause damage, he explained.

Rossio said the mission may be beneficial scientifically, but it is extremely dangerous for those involved as wind speeds of over 100 mph destroyed nearby homes and rattled the trucks.

"These meteorologists are risking their life to get this critical data," he explained. However, he said they were smart to go to the western-side of the hurricane's landfall because wind speeds were weaker there due to friction from land.

Rossio said having the wind vector analysis data from this mission will allow meteorologists to model small-scale features within a hurricane at a higher resolution than before, especially in the eye of the hurricane or the eyewall. The data will ultimately allow for better quality numerical weather predictions and thus more accurate forecasts.

"People should be paying attention to the forecasts, and, hopefully, they'll keep getting better and better as we keep learning more about hurricanes," Kosiba said.