Aided by melting permafrost, long-extinct creatures such as the woolly rhino are being uncovered and casting new light on prehistoric eras. 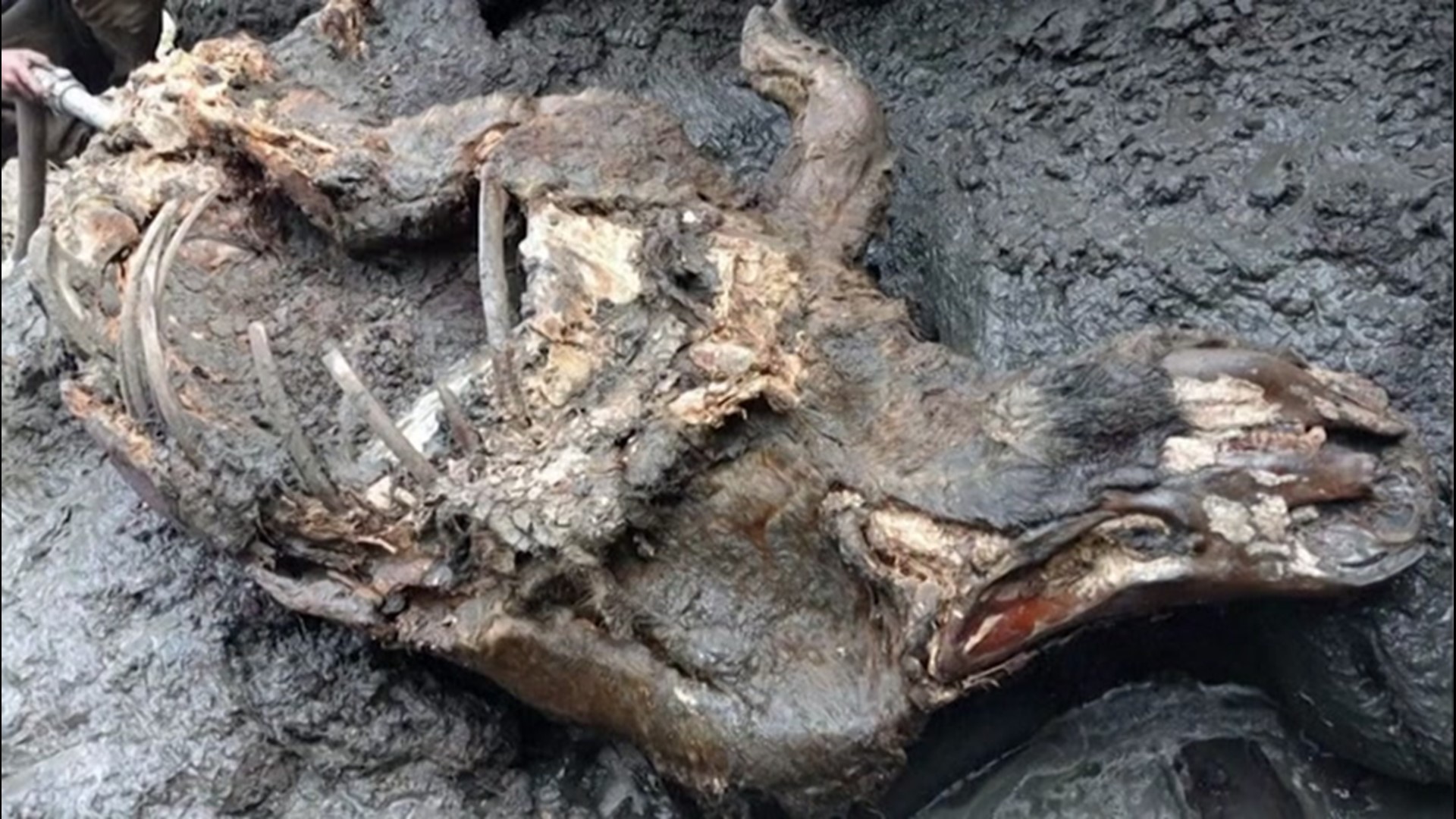 Around 20,000 years ago, a young woolly rhinoceros went about its day like usual in the icy region of what is now northern Siberia. Foraging for food, something likely went fatally wrong for the young animal as it drowned in the Tirekhtyakh River or a nearby area of water.

Fast forward a few millennia and that woolly rhino's tragic fate that day has become a pathologist's dream come true. Aided by the melting permafrost from a trend of rising temperatures, long-extinct creatures such as the woolly rhino are being uncovered and casting new light on unknown, prehistoric eras.

An exceptionally well-preserved woolly rhino with its last meal still intact found in Arctic Yakutia. The juvenile rhino with thick hazel-coloured coat was 3 to 4 four years old when it died at least 20,000 years ago; its horn was found next to the carcass https://t.co/7hc1HnYuD0 pic.twitter.com/nS52DRp04c

Permafrost is a permanently frozen layer of soil that has been frozen for a long period of time, sometimes several thousand years.

The ancient carcass was discovered by a local farmer in Yakutia, Siberia, in August 2020, about 15,000 years after the wooly rhinoceros is believed to have gone extinct. The fossil was found with a fully intact fur coat, hooves, and internal organs, giving scientists a crucial puzzle piece on the anatomy, behaviors and life of the creatures.

Credit: Valery Plotnikov/Mammoth Fauna Study Department at the Academy of Sciences of Yakutia via AP
This photo taken in Aug. 2020 shows the carcass of a woolly rhino, taken in Yakutia, The well-preserved carcass with most of its internal organs still intact was released by permafrost in August and scientists hope to transport it to the lab for studies next month.

Video from the fossil excavation was recently shared online by The Siberian Times. As the footage shows, paleontologists took extensive care to keep as much of rhino's structure preserved. Their successes resulted in 80% of the specimen remaining intact, a breakthrough effort.

"The young rhino was between 3 and 4 years old and lived separately from its mother when it died, most likely by drowning," paleontologist Valery Plotnikov told The Siberian Times.

Plotnikov, who works with the Russian Academy of Sciences, added that the gender of the wooly rhino is still unknown and radiocarbon analysis is needed to confirm the general time range when the rhino likely lived.

Found next to the rhino carcass was the young animal's horn, an exceptional find, according to Plotnikov, because of how quickly the cartilage usually decomposes. Markings on the horn, he said, also shed more light on how the species used it for food.

The recently found frozen creature isn't the first woolly rhino to be discovered in the area, as another ice-preserved specimen was unearthed in 2015. That rhino, nicknamed Sasha, was the first baby woolly rhino ever discovered and is believed to have roamed the region around 34,000 years ago.

Like the recently discovered rhino, Sasha was found with a fully-intact coat of wool and was also believed to have drowned. However, unlike the recent rhino, Sasha's fur was strawberry blonde and the carcass lacked the front horn.

Historically high temperatures in the normally icy region have revealed perfectl -preserved fossils that had previously been buried under thousands of years of thick ice. This past summer, shortly before the remains were found, record-high temperatures were recorded in towns around the Arctic Circle.

"Temperatures soared 10 degrees Celsius (18 degrees Fahrenheit) above average last month in Siberia, home to much of Earth's permafrost, as the world experienced its warmest May on record," according to the European Union's climate monitoring network.

AccuWeather Meteorologist Maura Kelly wrote in June that the prolonged period of heat triggered the melting of permafrost across northern Siberia.

"The record-high temperatures in May followed a record-breaking start to 2020 across Russia," she wrote at the time in a story for AccuWeather.com. "Temperatures from January to April across the country averaged about 6 degrees Celsius (11 degrees Fahrenheit) above normal."

Recently, the new woolly rhino fossil was transported to scientists for further tests thanks to newly built ice roads in Yakutia. In the coming years, the slowly receding ice layer is sure to unveil even more frozen puzzle pieces, continually assembling the jigsaw of our ancestors and generations of previously hidden life.