Storm to bring relief to parts of fire-ravaged West, stoke flames in other areas

Some relief may be on the way for parts of the Northwest this week. 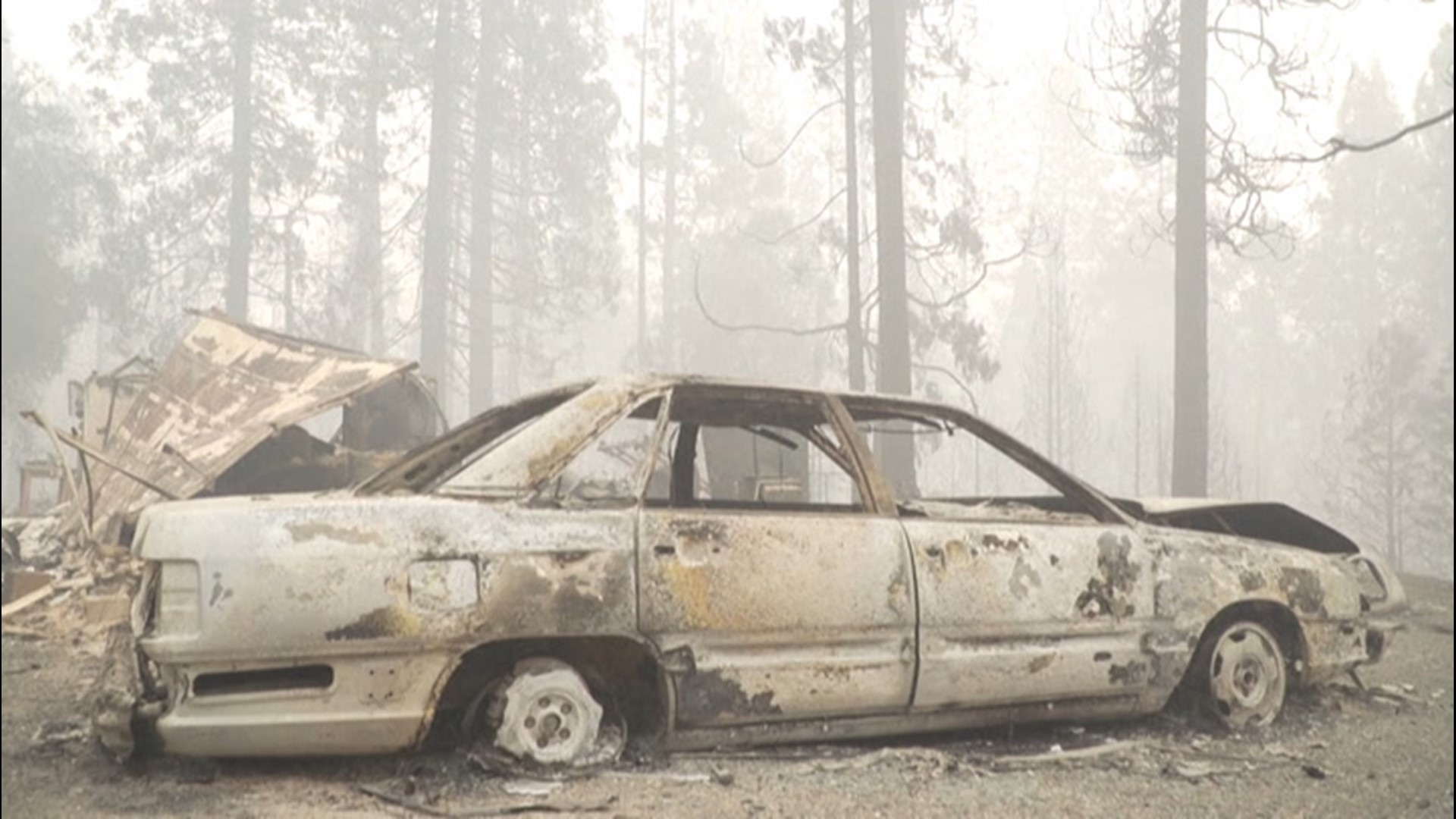 As the death toll from the wildfires that have charred millions of acres and created "apocalyptic" scenes across the West continues to climb, forecasters say that a pattern change is imminent -- but it might not be good news for all.

Over 4.7 million acres of land have been charred by active fires burning across the West, with most of these blazes ongoing in California, Washington and Oregon, according to the National Interagency Fire Center. Many of these blazes exploded in size during a high wind event around the Labor Day holiday.

At least 35 people have been killed along the West coast as a result of the blazes, and tens of thousands have been forced to evacuate, according to The Associated Press.

Some relief may be on the way for parts of the Northwest this week from a storm system that has been spinning off the coast in recent days. However, while this storm may bring wet weather to some locations, it may fan the flames in others.

Significant rainfall is not anticipated, but the increased humidity levels will limit the threat of new blazes igniting and should help fire crews gain the upper hand on active fires, at least in part of the region.

The storm that has been sitting just off the coast of the Pacific Northwest will mostly remain stationary through Wednesday night, bringing occasional showers to coastal regions.

After a quick break in the rain along the Northwest coast Thursday morning, showers will return late in the day as the storm system begins to move toward land. By Friday afternoon, occasional showers will spread across Washington and Oregon then into Idaho and Montana overnight.

Rainfall totals of 0.50 of an inch can aid ongoing firefighting efforts in the Northwest, but the arrival of gusty winds ahead of the rain or in the valleys where it is expected to be dry may cause any ongoing fires to spread faster.

"Spotty thunderstorms cannot be ruled out with this system, so you may have a situation where lightning may spark new fires - something we'll have to keep a close eye on," AccuWeather Senior Meteorologist and western U.S. blogger Brian Thompson said, adding that he was confident that the positives would outweigh the negatives with this storm in the Northwest.

The storm may help to lessen the fire danger in the Northwest, but the same cannot be said across California, the southern Rocky Mountains and the Great Basin.

As the cold front associated with this system sweeps across the southwestern U.S. on Friday and Saturday, gusty winds will increase across the region and increase the fire danger.

"The highest winds on Friday will be across the Great Basin where gusts past 40 mph are possible from the Sierra through Nevada and western Utah," stated AccuWeather Meteorologist Tyler Roys. "The gusty winds will shift into eastern Utah and Colorado on Saturday."

Gusty winds will also significantly increase the fire danger over the Great Basin and central Rockies late in the week, with no rainfall expected from the storm in these areas.

Even farther south where winds may not be as gusty, some of the larger fires can create their own locally strong winds due to the amount of heat generated by these infernos.

The amount of smoke being emitted by the blazes has led to extremely unhealthy air quality from Seattle to San Francisco and points inland. High temperatures were about 10-15 degrees Fahrenheit below normal in this corridor over the weekend as the thick smoke obscured the sun.

Winds from the Pacific Ocean will also help to disperse smoke away from the coast, but this could lead to worsening air quality farther inland across the Northwest into midweek.

Some of the smoke that has billowed high into the atmosphere has been visible as a hazy sky overhead in the Midwest, parts of the Northeast and as far as western Europe.

"In areas where there is smoke, daily afternoon temperatures will continue to be suppressed," Roys said.

There is a chance the 2020 fire season across the West may approach the record number of acres burned in modern history, 10.1 million set in 2015.

Residents across the western U.S. can monitor the air quality levels in their neighborhood with AccuWeather's Air Quality page, which includes detailed air quality forecasts.