After weeks of very poor air quality, some areas see improvement this week

As more progress is made on the fires, and more particles mix out to the ground, air quality will improve. 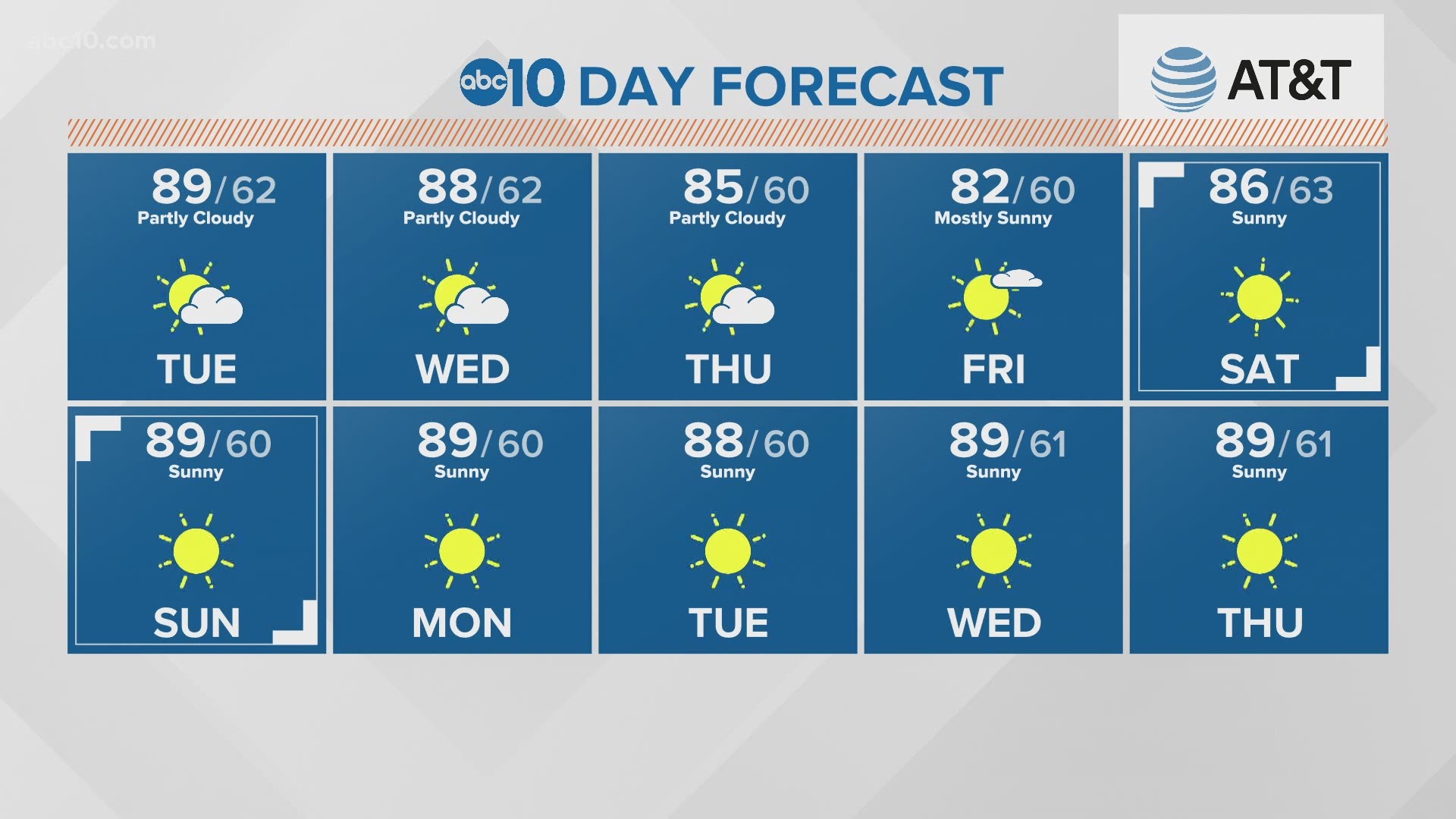 SACRAMENTO, Calif. — On Tuesday morning, the air finally started to show signs of clearing for many lower elevation locations like Sacramento, Stockton, and Vacaville.

The pattern should remain until the end of the week helping the region see better air quality as the current fires growth slows and more containment is made on the fire lines.

The improvements, however, are only for specific areas. All the smoke particles must go somewhere and tend to get concentrated by west wind to the east side of the Valley and lower Foothills.

Did you notice some improvement in the smoke this morning? Delta breeze last evening helped bring some clearing to the Central Valley. The smoke will move back in this morning, then back out this evening. It'll be an ebb and flow with the smoke this week. #CAwx #smokyskies pic.twitter.com/EOmBOcDqdC

Some locations like Jackson, Twain Harte, and Angels Camp will see continued poor air quality because the wind keeps the smoke in the area and traps it below the inversion layer. The inversion layer is an elevation usually between 1,000-4,000 feet where temperatures rise as you move up in elevation. This typically means warmer mornings and the layer acts like a lid to trap some smoky layer from mixing out.

As more progress is made on the fires, and more particles mix out to the ground, air quality will improve. However, it often takes weeks to see total improvement if there are no weather changes like wind or rain. Rain is not expected in the next several days.

How to stay healthy with poor air quality