As much as 1-2 feet of snow possible through Friday morning. Local spots at higher elevations may see 3 feet of snow developing. 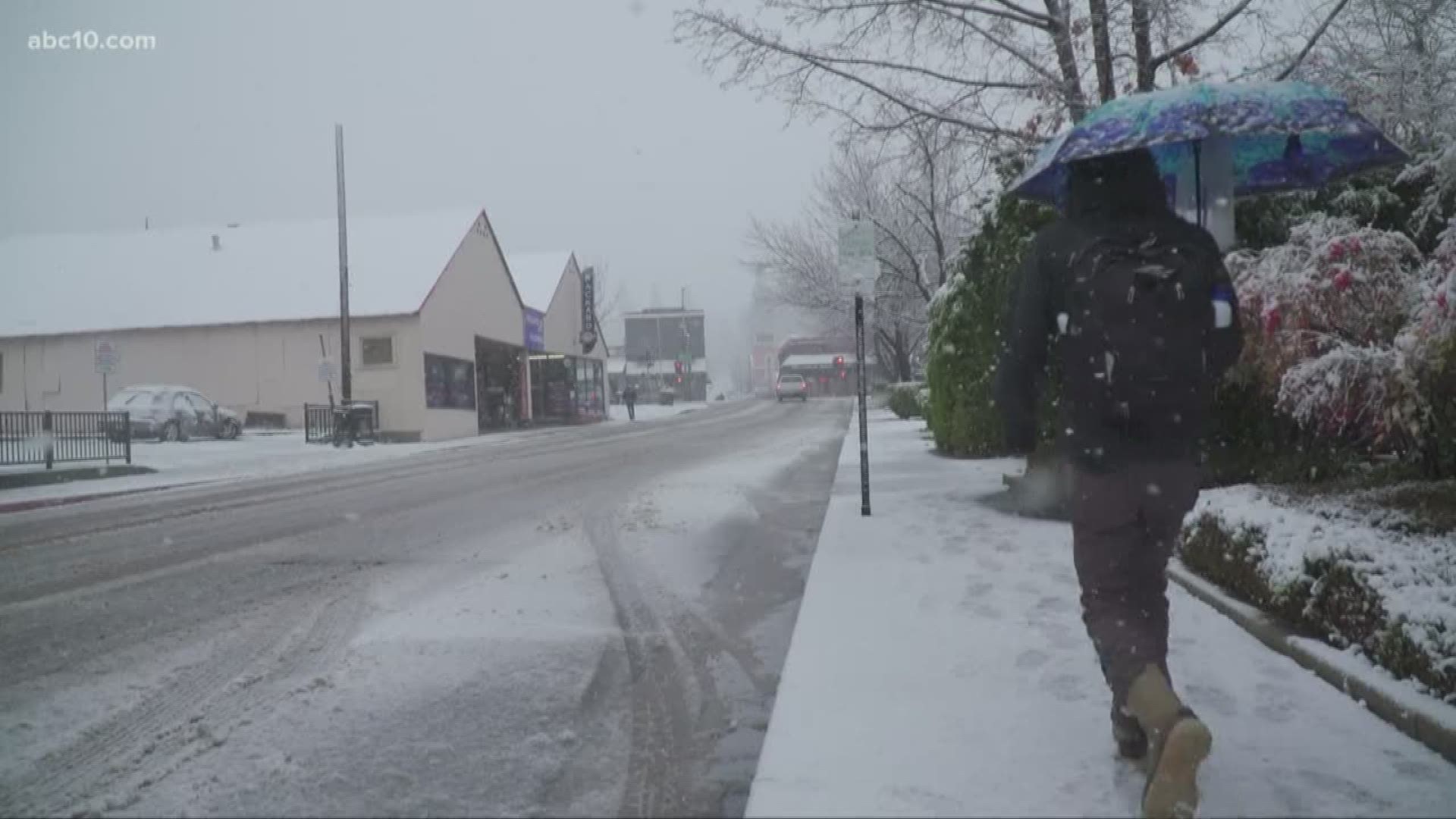 SACRAMENTO, Calif. — A major storm system that has plagued the Pacific Northwest with heavy snow and ice is moved into Northern California on Thursday. The brunt of the storm slammed the Bay Area to Fairfield, around 9 a.m.

Sacramento got its fair share of heavy rain around 10 a.m. The heaviest of the rain lasted about an hour, with continued rainfall expected through 1 p.m.

Scattered showers are possible into the evening Thursday with the possibility of thunderstorms.

As the storm system moves through the valley, the Sierra and Coastal range will be dealing with heavy snowfall through Friday morning.

Approximately 1 or 2 feet of snow is possible for the Sierra above about 2,500 feet in elevation. Locally, some portions of the Sierra may see as much as 3 feet of snow.

Valley low temperatures will be in the 40s. Snow could develop in the Sierra with lows temperatures in the 20s. A Winter Storm Warning in effect with possible road closures.

WATCH ALSO: Geek Lab: How much rain and snow is going to fall during this storm?