In a break from bad news, the California drought update has seen no changes in the last week. 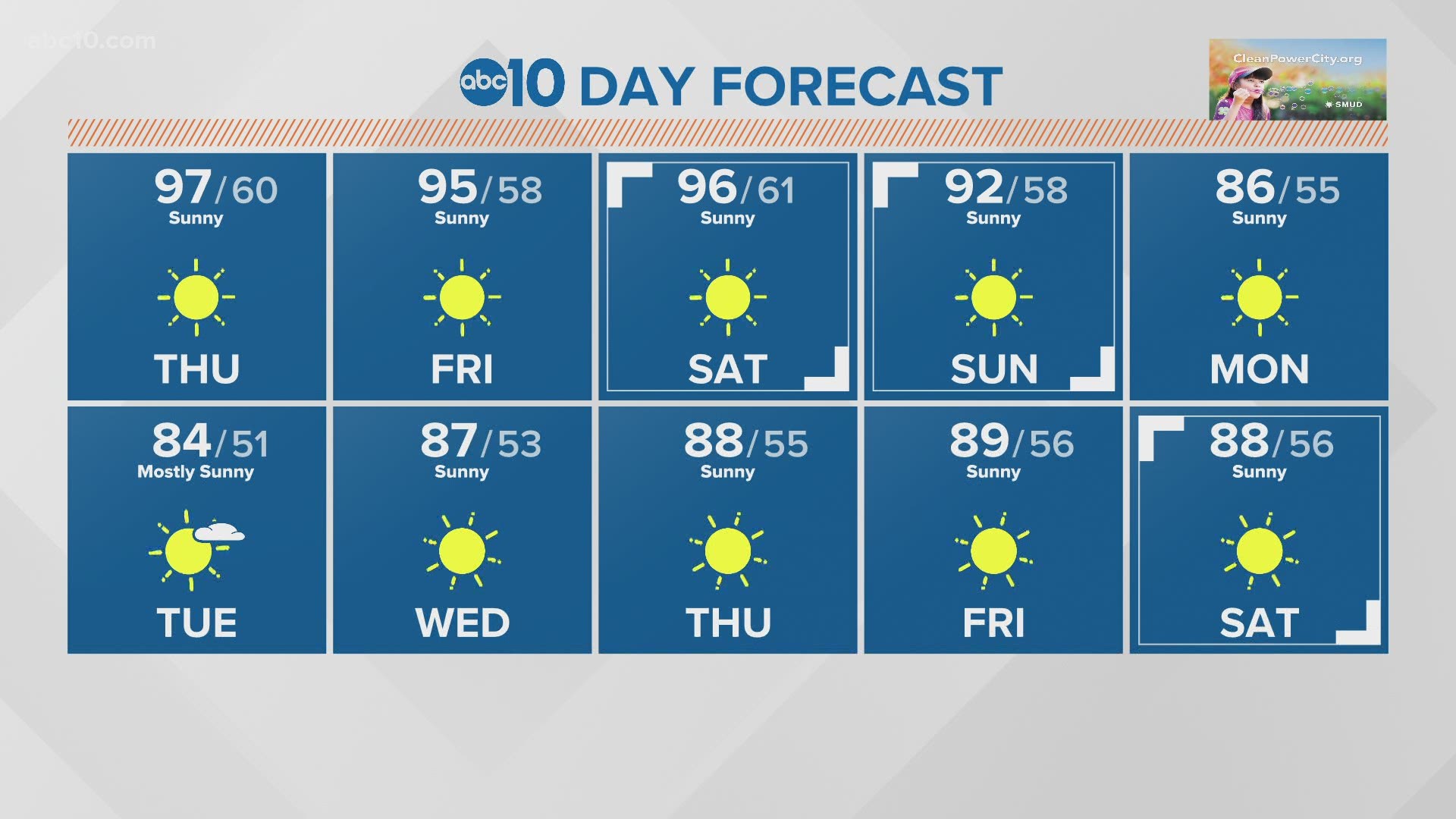 CALIFORNIA, USA — Each and every Thursday, the US drought monitor releases new data and maps for drought conditions throughout the country.

Often in the West, and certainly for California, it's been heavily anticipated and often predicted to get worse each week with the lack of rain. In a rare change, the maps remain unchanged giving the state a break from bad news.

This non-update however is more or less expected as the Golden State traditionally sees a drastic drop-off of precipitation in June and snow melt is well underway. California still has 74% in Extreme Drought and 26% of the state in top-level Exceptional Drought. The areas covered by Exceptional Drought include the coastal range of Northern California and portions of the Sacramento Valley. The southern Sierra is also covered by Exceptional drought.

The drought in the western United States is putting California's reservoirs at dangerously low levels. This drought is hotter and drier than previous ones. That means the water is evaporating faster. Experts say the state’s more than 1,500 reservoirs are 50% lower than they should be this time of year. And the state Department of Water Resources predicts the water level at one key reservoir, Lake Oroville, could reach historic lows by late August.

California has a unique system of water capture and transportation, so the drought monitor does have some limitations. To accurately convey the true water accounting and impacts, it's difficult to nail down precise levels, but it's helpful as a general look at what is going on in the state based on the regions.

PHOTOS: A look at the California Drought

1 / 30
AP
Kayakers navigate a narrow section of water near boat docks sitting on dry land at the Browns Ravine Cove area of drought-stricken Folsom Lake, currently at 37% of its normal capacity, in Folsom, Calif., Saturday, May 22, 2021. California Gov. Gavin Newsom declared a drought emergency for most of the state. (AP Photo/Josh Edelson)

The drought is making it harder for farmers to grow crops and for endangered fish species to survive. And it's tough for tourism as low water levels make the lakes less enticing for boaters.