Could California handle another year of drought? State officials weigh in on current situation

Officials expect record low water levels across the state, especially for Oroville and San Luis Reservoir. But what do they expect for next year? 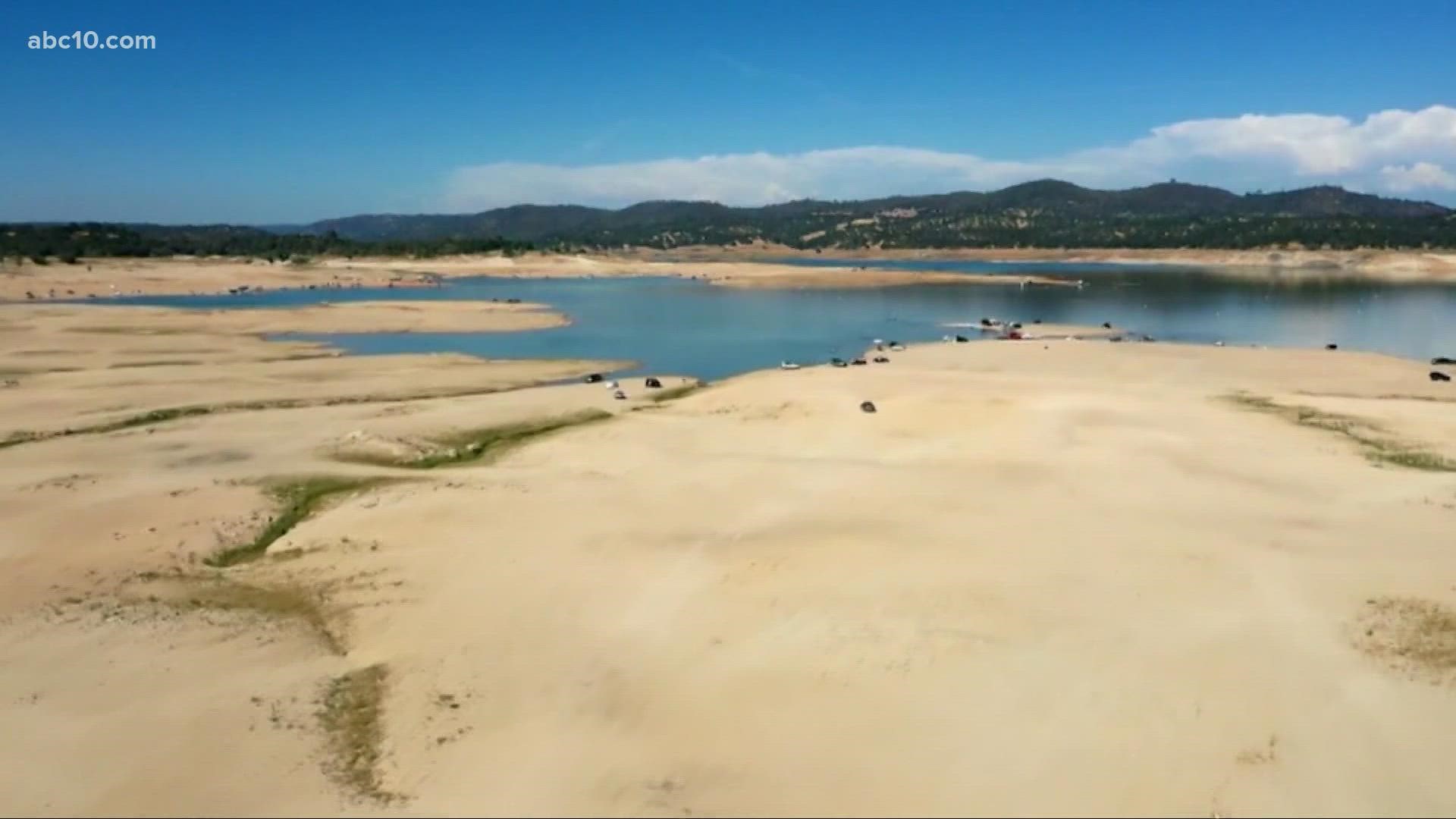 In a multi-agency meeting on the state of California’s drought conditions, state officials painted a broader picture on water allocation, lack of available water and what the Golden State is facing in the months and years to come.

Officials expect record low water levels across the state, especially for Oroville and San Luis Reservoir. Jeanine Jones with the California Department of Water Resources said the state is at 58% of average reservoir storage as a whole for this time of year. As of Monday, Aug. 9, Lake Oroville came in at 34% of average and Folsom Lake came in at 35% of average.

The lack of storms from atmospheric rivers and massive snow pack run-off is to blame for the lack of water in reservoirs. The soils were so dry, the little water California received, in terms of snowpack, was unable to seep into the ground.

“If next year is bad, we will need 140% of average precip to get average run off. It shows how truly dry we are," Jones said.

Climatologists say it’s too early to tell if it’s going to be a wet or dry year during winter time circulations. A lot of what happens is affected by the jet stream.

In 2011, storms from the Gulf of Alaska helped to provided better snowpack. The 2018-19 water year was also better than average, but since then, it’s been below average water and drought years.

The big focus now is on underground storage basins.

“Drinking water aside, small water systems are really affected," Jones said. "Problems are private wells and dry wells with small systems in Tulare County may only have 100 connections or less."

The lack of water in reservoirs is trickling down to other issues, like the energy grid, agriculture communities and state recreation parks.

Robert Cervantes, the enforcement program manager for the Division of Water Rights, said a hydro-analysis was performed in May, showing supply and demand calculations across California’s watersheds. This led to an informational meeting and letters sent out to priority water rights holders, letting them know there would not be enough water to meet the demand. For many farmers, this meant they would need to decide on which crops to grow and even if they would need to fallow land.

“These curtailment orders weren’t taken lightly," Cervantes said. "They impact real people with businesses. What the orders mean is that we’re taking formal action to reduce the amount of water legally available for diversions.”

The energy grid is another victim of limited water supply and drought. The hydro power production at Oroville has been officially turned off because water supply dipped to low to produce energy.

Arguably, those dealing with the worst drought conditions are firefighters.

"We track fuel moisture, live and dead. April and May fuel moistures were a month and a half drier than we normally see,” Matthew Reischman with Cal Fire said.

“We’re not anticipating any rain for months to come," Reischman said. "California doesn’t have a fire season anymore. It’s year round."

As more people head outdoors to state parks, recreation areas and beaches, Armando Quintero with California Parks and Recreation says they are now forced to implement water saving techniques and technology during this drought situation.

“The daily demand for water is exceeding the water source output, and as a result, Mt. Diablo State Park has shutdown all public access faucets throughout the park. And other parks are implementing a variety of water conservation efforts” Quintero said.

Until some solid storms with enough moisture come through, climatologists say they’re going to need to plan for better ways to store water when it comes.

“The good news is we have a lot of storage available to put water into when it does occur,” Jones said.

No, the Sacramento River does not have a high amount of lead causing algae blooms | Verify