The US Drought Monitor now lists 33% of the Golden State in it's top level drought category. 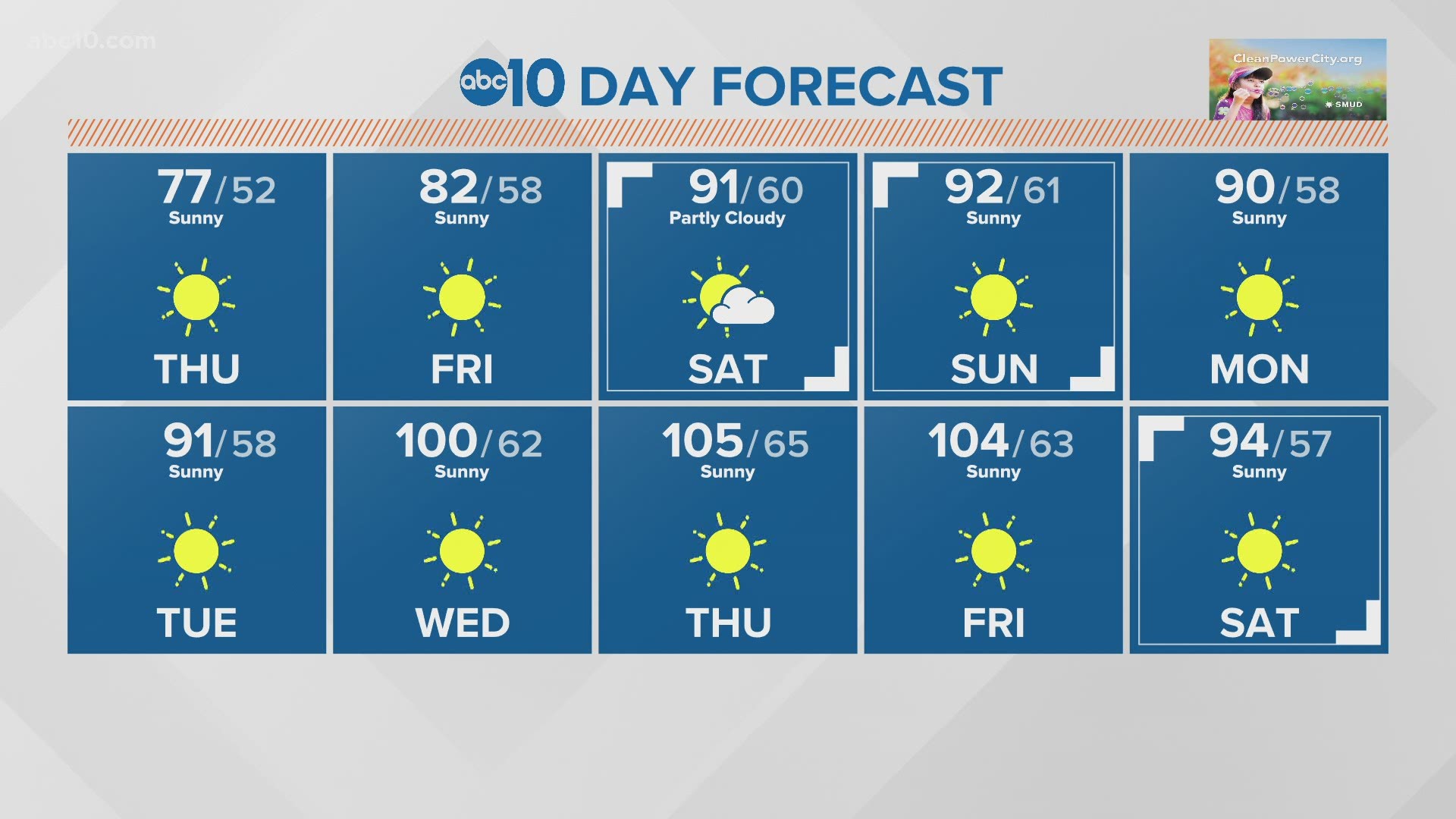 SACRAMENTO, Calif. — The US Drought Monitor has updated it's national map of drought conditions and now lists 33% of California in its top level Exceptional Drought category.

Eighty five percent of the state is also now considered to be in the second highest Extreme Drought category. Most of California is in some various level of drought, with the least serious regions including San Diego and far northern coastal California.

The drought monitor added the southern end of the Central Valley to its exceptional drought distinction. This area contains valuable agriculture land, as well as the city of Bakersfield.

California is unique in its capture and transportation of water, but after two years of low rain and snow, the impacts are spread all over the state with most places feeling impacts late in spring with a long, hot summer still ahead of us.

Another unique aspect about California is its climate, with no rain expected in a significant amount of time to change the drought status for the better. Any storms that could improve conditions would likely not even be possible until the fall.

PHOTOS: A look at the California Drought

1 / 30
AP
Kayakers navigate a narrow section of water near boat docks sitting on dry land at the Browns Ravine Cove area of drought-stricken Folsom Lake, currently at 37% of its normal capacity, in Folsom, Calif., Saturday, May 22, 2021. California Gov. Gavin Newsom declared a drought emergency for most of the state. (AP Photo/Josh Edelson)

California Drought: Groundwater levels across the state differ, but why?