Fifty of California’s 58 counties are now in a state of emergency because of the drought, accounting for 42% of the total population. 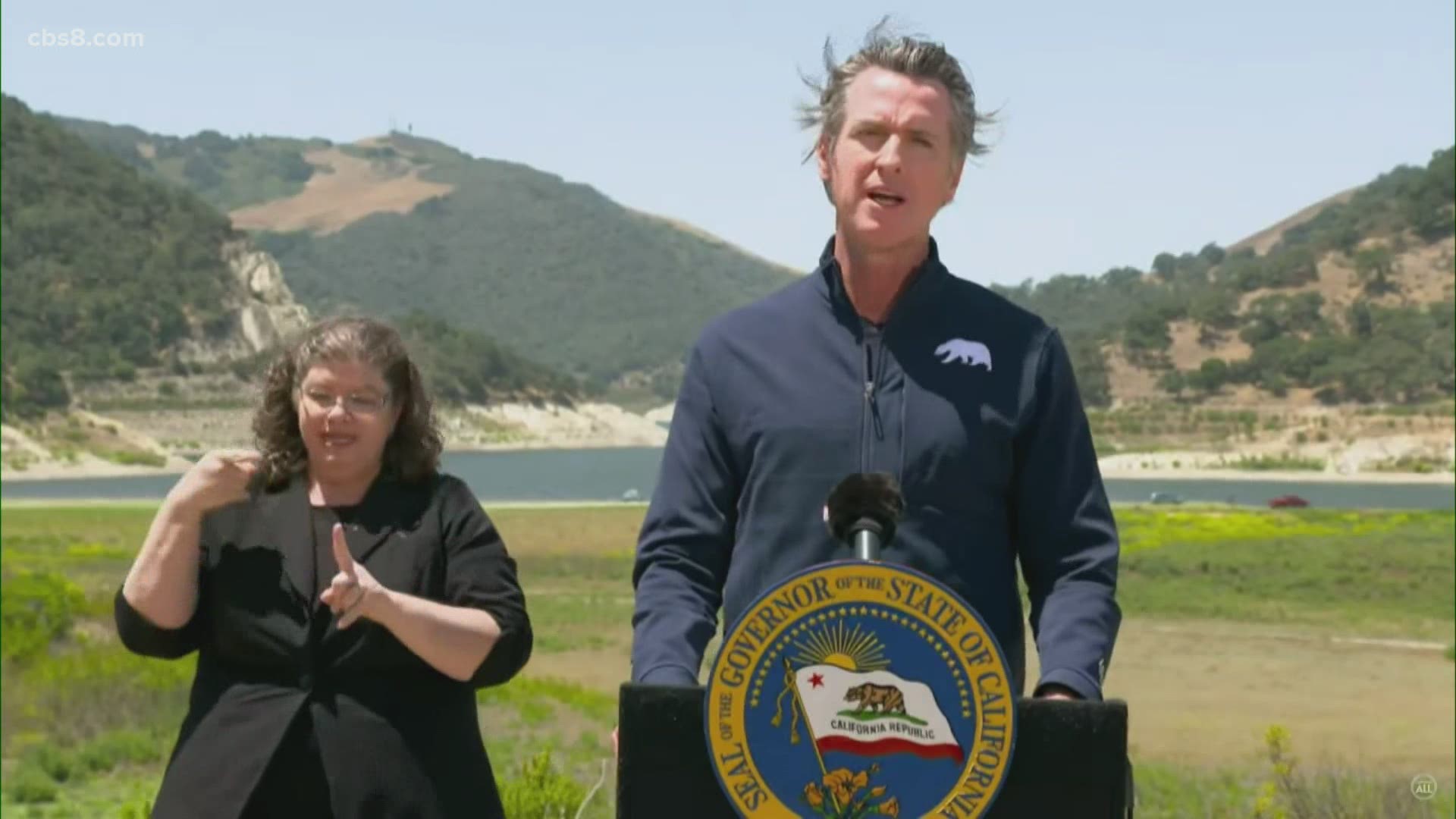 The governor made the request as he signed a proclamation adding nine more counties to the state of emergency brought on by the drought. Fifty of California’s 58 counties are now on the list, accounting for 42% of the total population.

“We have been through these proclamations before and we have come through them remarkably well because Californians have taken these declarative directions, these voluntary efforts to heart,” Newsom said.

The state has allocated $5.1 billion from its budget surplus to go directly to solutions to drought-related issues, including new initiatives and infrastructure investments, Newsom said.

“Because of California’s surplus…we’re in position to put $5.1 billion to use that will allow us to have emergency opportunities as well as immediate and long-term investments on water infrastructure all up and down the state,” Newsom said.

Credit: AP
FILE — In this May 23, 2021, file photo a buoy sits on dry land that had been under water, at a drought-stricken Lake Mendocino, in Ukiah, Calif. On Thursday, July 8, 2021, Calif., Gov. Gavin Newsom asked people to voluntarily reduce their water use by 15% in the middle of the drought. He also added nine more counties to the state's emergency proclamation. (AP Photo/Josh Edelson, File)

A historic drought tied to climate change is gripping the U.S. West and continued hot weather is rapidly reducing reservoirs all around the State of California. Natural Resources Secretary Wade Crowfoot said the US Drought Monitor shows that some places in the state have experienced temperatures 17 degrees above average in just the last week.

By asking residents to voluntarily reduce water usage by 15%, the state can save approximately 850,000 acre-feet of water - enough to supply more than 1.7 million households for a year, the governor’s office said.

Three suggestions Newsom offered for California’s to cutdown on their water consumption included taking shorter showers, limiting outdoor water use or using recycled water for outside projects, and making sure laundry and dishwasher loads are full. More information and tips on water conservation can be found here.