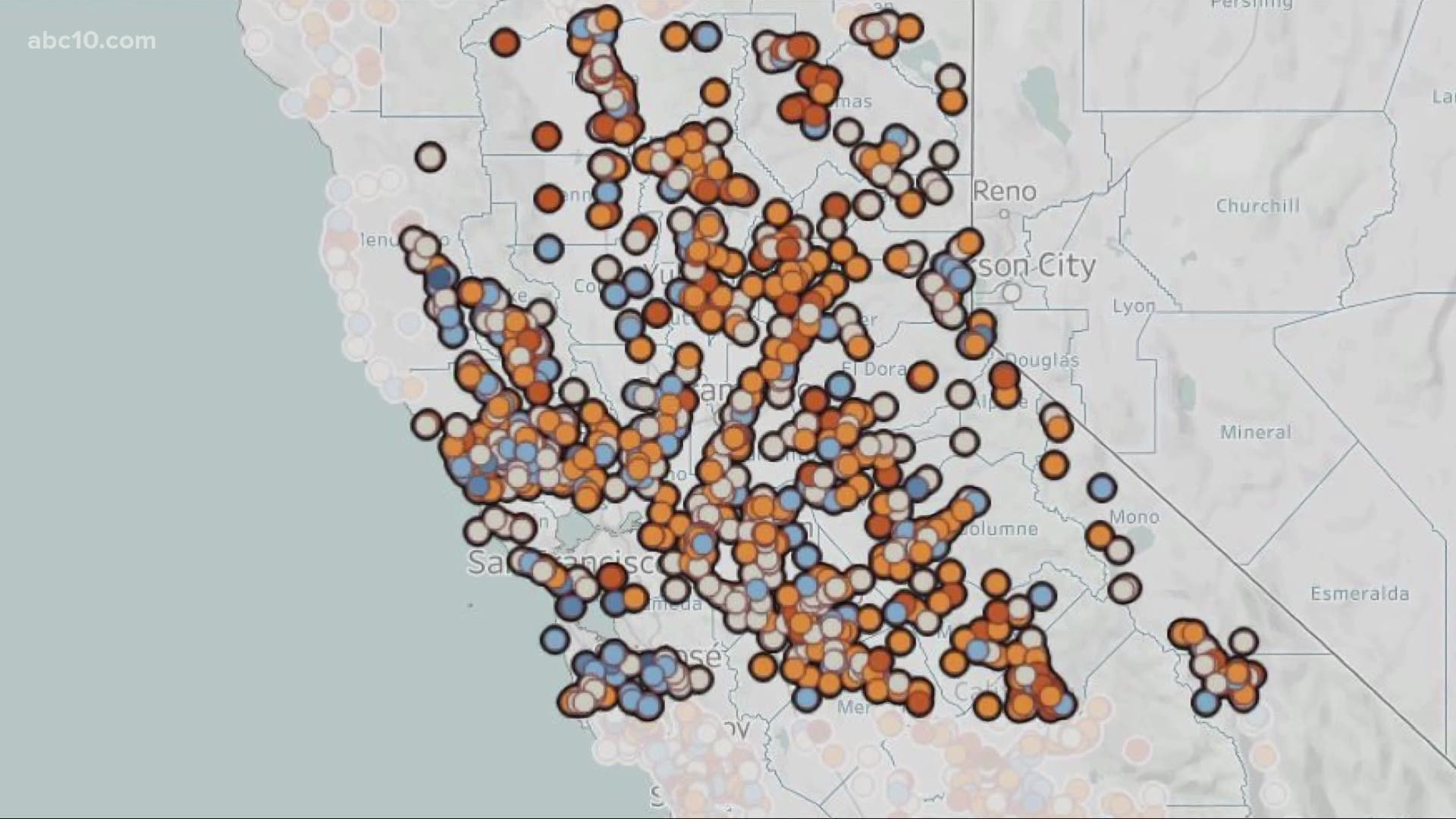 CALIFORNIA, USA — A drought emergency has been declared in California and even expanded upon as of Monday, May 10, 2021 to cover a total of 41 of California's 58 counties.

Water is on the forefront of state leaders’ minds.

It’s no surprise water supply would be impacted in a drought situation, especially as California is now in its second year of drought. Plus, drought concerns have not just spanned the last two years. California also experienced a long stretch of drought from 2012 to 2016.

The state is facing major water impacts, but for those reliant on water wells — in mobile home parks, rural communities, and areas where water district access is limited — the concern is growing.

The Department of Water Resources has created a website that can help those who rely on well water to figure out just how much at-risk they are of a water shortage.

The site was created after the last drought, but with California's drought only recently worsening, it had not been widely used or needed until now.

The interactive map allows users to explore their area and keep tabs on their well water situation.

"The age of a small little independent water system with one well, surviving a drought is probably a thing of the past, and how we harden them and prepare those communities, for their future is important and we’re working really hard on that area," said Darrin Polhemus, deputy director of the Division of Drinking Water for the State Water Board.

This week, Governor Gavin Newsom proposed a $5.1 billion dollar investment over the next 4 years for drought preparedness, infrastructure, and response. $1.3 billion would be set aside for drinking water and wastewater.

While these are great starts, the California Farm Water Coalition says long-term solutions like canals, groundwater, and dam infrastructure will also need to be considered.

Small and rural communities will be greatly impacted by the drought, especially since most rely solely on shallow groundwater wells for water. The Public Policy Institute of California is estimating that as many as 2,400 wells could go dry this year, and then 900 more next year if the drought continues.