California has been dry. But should we be worried about drought?

California has many different climates and micro-climates, and drought is defined differently in each of these areas. 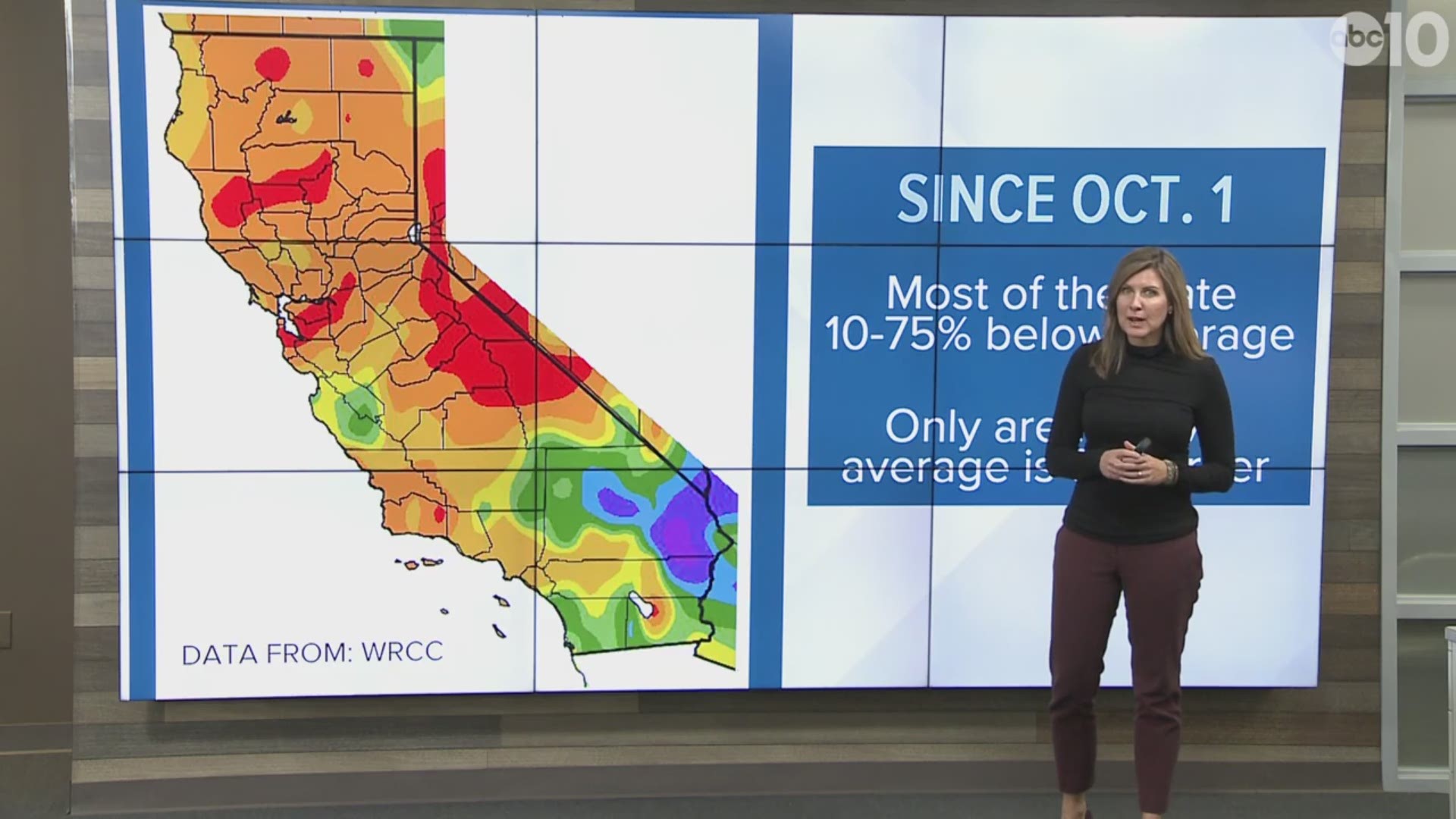 SACRAMENTO, Calif. — The "D" word has been floating around lately when talking about California's lack of rain and snow. The last drought in California from 2012 to 2016 was so catastrophic, some of the hardest hit communities still haven’t recovered.

Drought in California is not as simple as stating it's been dry. There are different parts of how water functions in the state before true effects are felt.

The official definition of drought from the American Meteorological Society is "A period of abnormally dry weather sufficiently long enough to cause a serious hydrological imbalance."

Notice it does not say simply lack of rainfall or snowfall.

California has many different climates and micro-climates. Even though the state is largely a modified Mediterranean climate, it also has a rainforest and large desert areas. Drought is defined differently in each of these areas.

RELATED: Is California ready for the next drought?

It's helpful then to look at the different types of drought: meteorological, hydrological, agricultural and socioeconomic.

Meteorological drought — A measurement of how wet or dry are we compared to normal. This measure of total precipitation can be over varying periods of time and can affect other types of drought. The Drought Monitor is a good example of measuring this type of drought. Right now, most of Central California is in the abnormally dry category.

Hydrological drought — A measurement of how the rivers, reservoirs and groundwater are responding to access to water. These water supply can be greatly impacted depending on how much lag time there is between periods of precipitation.

RELATED: Drier, warmer winter outlook for much of California

Measuring groundwater and reservoir levels helps further define this type of drought. California is still recovering from the historic 2012-2016 drought with recharging groundwater, but doing better than five years ago. Reservoir levels are in fair shape and look about normal for this time of year.

Agricultural drought – A measurement of how precipitation is affecting agriculture. This will have varying degrees of impact based on crop, water access plus soil type and moisture.

Socioeconomic drought – This is where we dig into how drought affects day to day living and economy. California isn't experiencing widespread impacts from this type of drought, but there are communities in the Central Valley still recovering from the last drought.

Given all these different types of drought, there’s no need to hit the panic button. Drought is always possible in California since it has the largest year to year variability of precipitation in the country.

Conservation is key and being mindful of how we use, save and store this needed resource.