April's warmer than average temperatures have led to a rapid reduction of the Sierra snowpack ahead of summer. 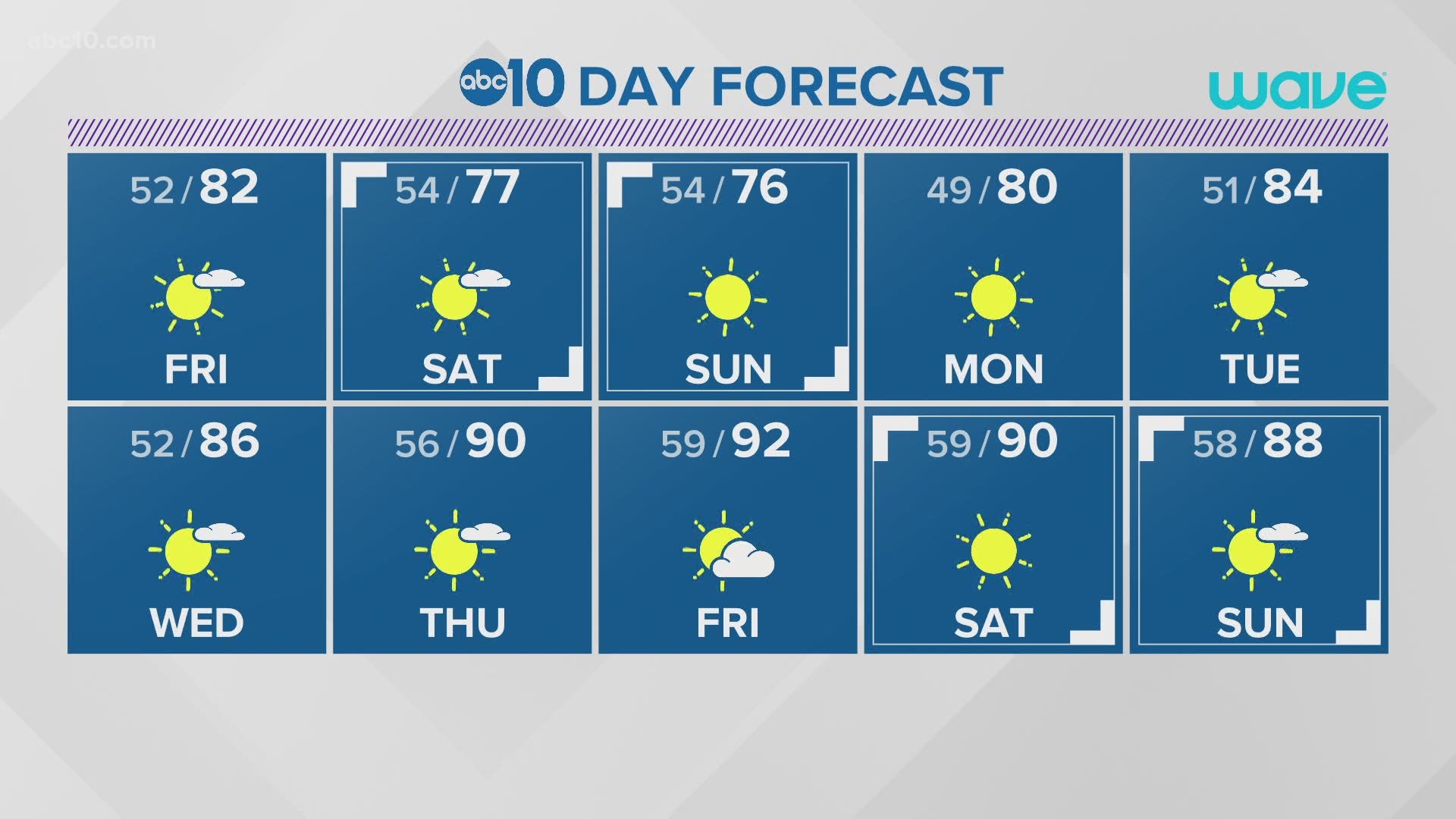 SACRAMENTO, Calif. — It's the final snow survey of the year and today's numbers were no big surprise. The survey conducted at Phillips Station by the Department of Water Resources (DWR) revealed a rapidly declining snowpack.

The survey recorded 1.5 inches of snow depth and a snow water equivalent (SWE) of 0.5 inches, which is 3% of the May average for this location.

Keep in mind, the SWE measures the amount of water contained in the snowpack, which provides a more accurate forecast of spring runoff than snow depth alone.

In order to obtain the water equivalent for the state as a whole, the DWR uses 130 electronic snow sensors scattered throughout the state of California. Those numbers revealed a water equivalent is 8.4 inches, or 37% of the May average.

"March and April storms brought needed snow to the Sierras, with the snowpack reaching its peak on April 9. However, those gains were not nearly enough to offset a very dry January and February," said Sean de Guzman, chief of DWR’s Snow Survey and Water Supply Forecast Section. "The last two weeks have seen increased temperatures leading to a rapid reduction of the snowpack. Snowmelt runoff into the reservoirs is forecasted to be below average."

Today's readings are a constant reminder of just how variable California's weather can be month to month and year to year.

For example, this water year, we began with dry conditions for the months of October and November. But December was well above average measuring 120 percent of average.

In a complete turn of events, the month of January was below average, and February yielded one of the driest months ever in state history.

March and April brought some pretty decent storms, but not nearly enough to make up for the previous months' huge swings in precipitation.

Most years, the snowpack supplies about 30% of California's water needs as it melts in the spring and early summer.

DWR officials say the greater the snow water equivalent the greater the likelihood California's reservoirs will receive ample runoff to meet the state's water demand in the summer and fall.