Storm moving into Northern California in time for Christmas

The holiday will be affected with Valley rain and lower snow levels during the day. 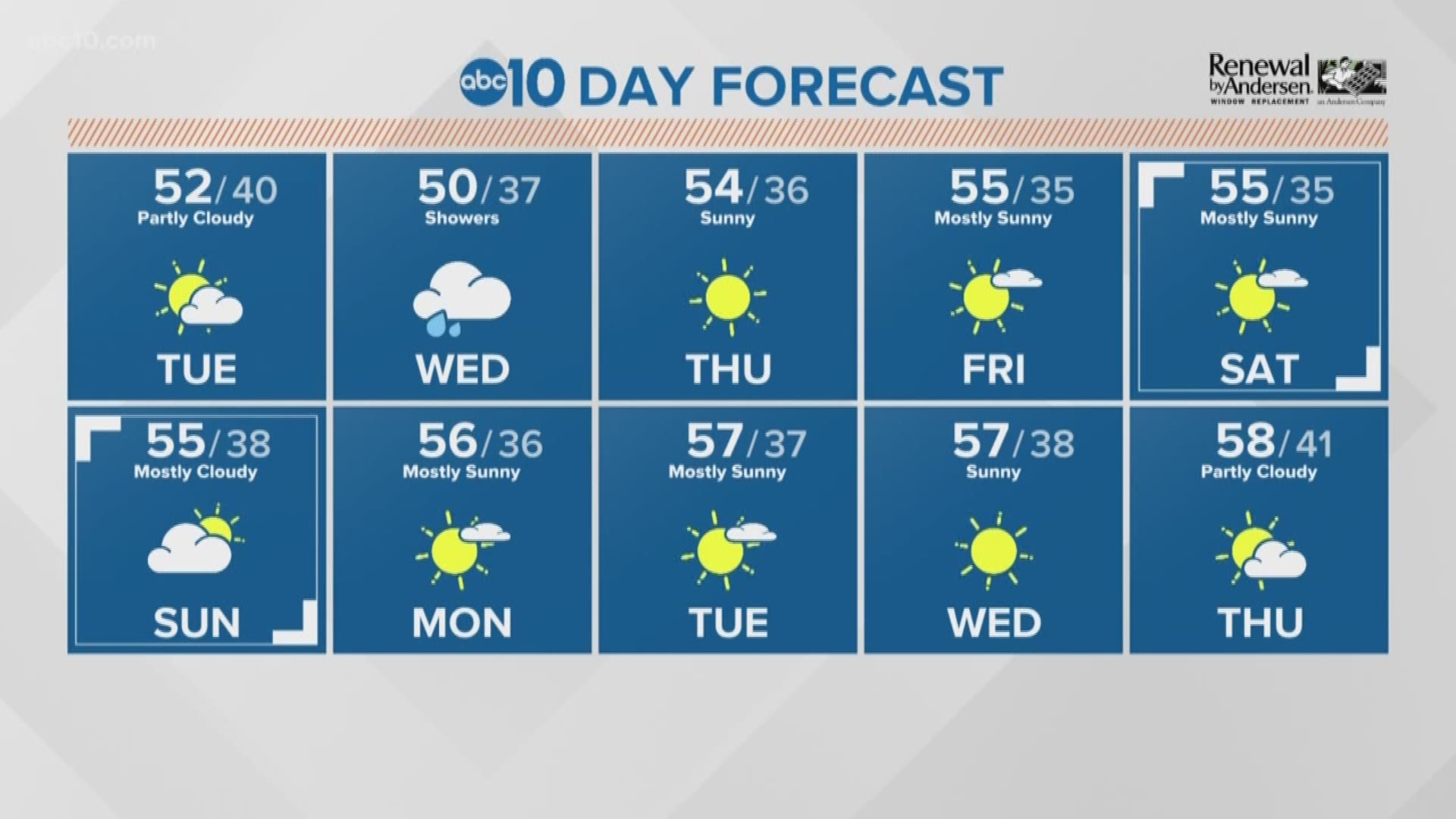 SACRAMENTO, Calif. — Christmas travelers need to be aware of an approaching storm with rain and snow moving in early for the holiday.

Christmas eve will see some light snow in the Sierra, with the storm producing mostly flurries and cloudy weather late in the day, but it should be a worry-free travel day for higher and lower elevations. Late in the day on Christmas eve, a new storm will bring bands of rain into the Bay Area as it moves west.

Between 4 - 7 a.m. on Christmas day, the rain should move into Valley areas like Vacaville, Sacramento, Stockton and Modesto. Some bands may have heavier showers at times, but by the afternoon, the sun will peek through with only scattered showers left until sunset.

The Sierra will see light snow move in on Christmas day, as well. The cold weather lately has allowed the snow level to drop to lower elevations and during the morning hours, the snow could stick down to 2,500 feet and flurries could be spotted lower. Light snow is expected with a maximum total of 1-3 inches that could be found at the passes during the day. Chain controls are possible over the passes as some point, so check ahead.

The lower snow could be a welcome sight to some mountain communities seeking a white Christmas like Twain Harte, Arnold, Pioneer, Pollock Pines, Colfax and Downieville to name a few. The storm should be out of the area by late Christmas night and the cold air behind the storm will make for a cold, frosty, and dry Thursday morning.

►Get the forecast in your email! Sign up now for ABC10's Daily Blend Newsletter