No tsunami threat to Washington coast after 7.5 Alaska earthquake

DNR reminds Washingtonians that now is a good time to check your evacuation routes and make sure you have emergency supplies. 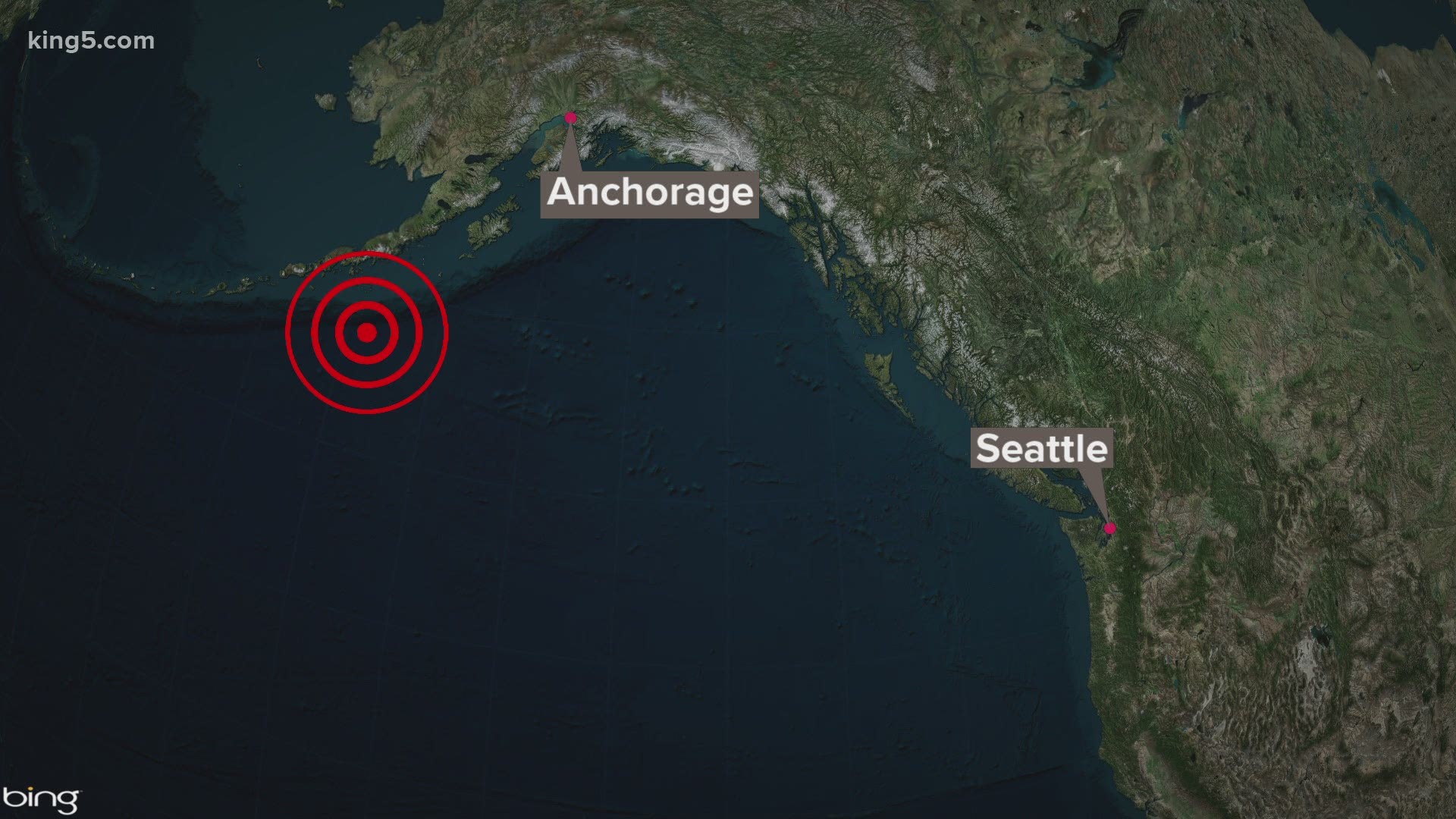 SAND POINT, Alaska — A 7.5 magnitude earthquake hit south Alaska and the Alaskan peninsula on Monday afternoon. A tsunami warning was issued for those areas.

The Washington Department of Natural Resources (DNR) said the Alaskan tsunami warning was not expected to threaten the Washington coast.

DNR reminds Washingtonians that now is a good time to check your evacuation routes and make sure you have emergency supplies.

The Pacific Tsunami Warning Center (PTWC) reported a tsunami advisory was in effect for Hawaii hours after the Alaska quake.

"That means that there is a possible hazard to swimmers and boaters in the state, but no threat of flooding," PTWC tweeted about Hawaii.

The Alaska Earthquake Center said the 7.5 quake was widely felt in communities along the southern coast, including Sand Point, Chignik, Unalaska and the Kenai Peninsula. A magnitude 5.2 aftershock was reported 11 minutes later, centered roughly in the same area. Public safety officials in King Cove sent out an alert urging residents in the coastal area to move inland to higher ground.

The Kodiak Emergency Operations Center said "it was not aware of any earthquake damage in Kodiak," KTUU reported.