According to the USGS, the earthquake's epicenter was in the middle of Lake Tahoe, just south of Truckee. 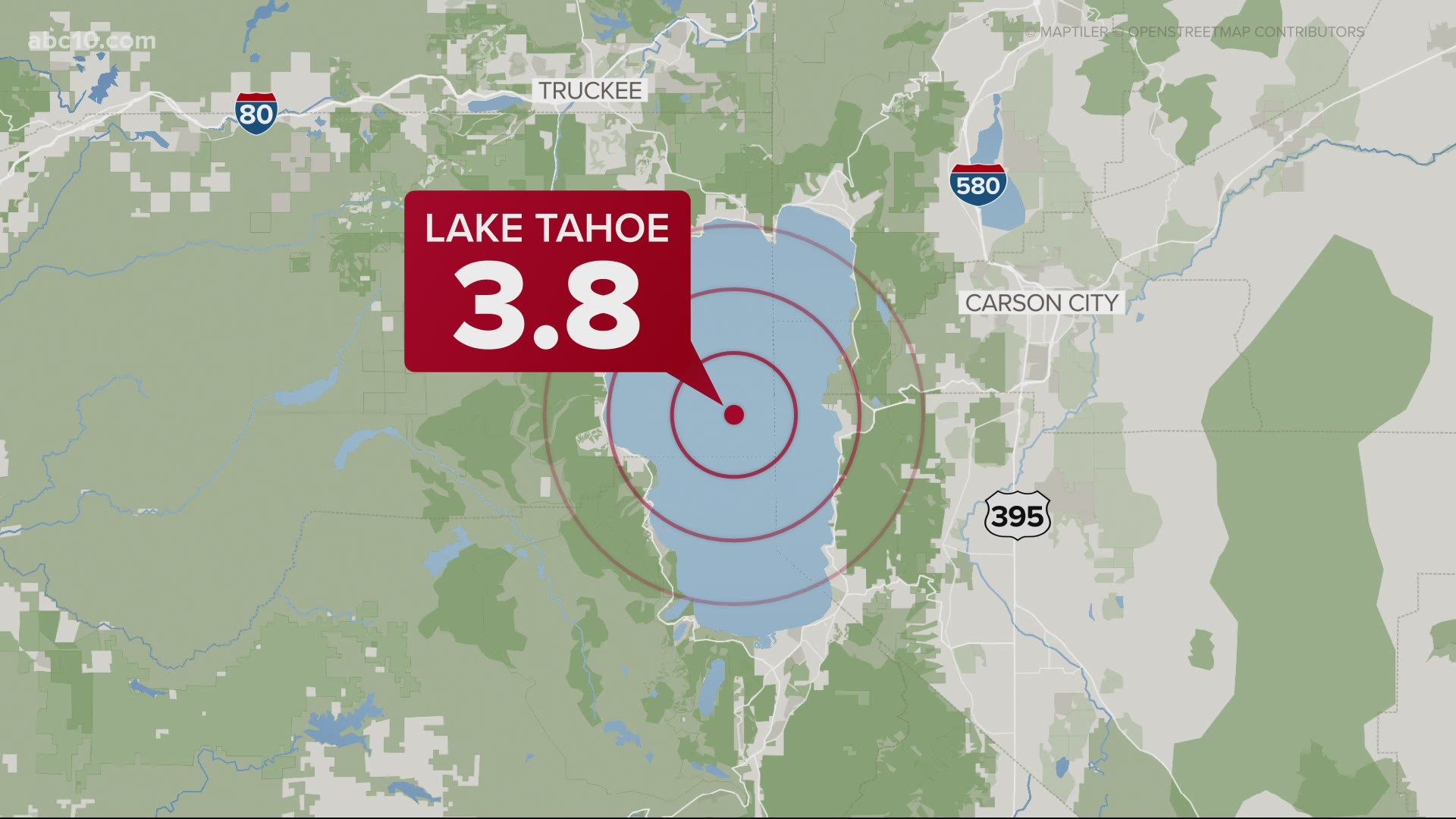 SOUTH LAKE TAHOE, Calif. — The Lake Tahoe area might have felt some shaking on Sunday morning.

A 3.7 magnitude earthquake hit right in the middle of the lake. According to the U.S. Geological Survey (USGS), the epicenter of the earthquake was in Lake Tahoe, about 15 miles south of Truckee,15 miles north of South Lake Tahoe and 15 miles west of Carson City, Nevada.

These quakes come less than a week after a 4.1 magnitude earthquake hit just north of Healdsburg on April 19.

ALL ABOUT EARTHQUAKE PREP:

WATCH MORE:  Earthquakes come without warning and if you aren’t prepared by the time the big one hits, you will be too late. The 2019 earthquake near Ridgecrest, California shined a spotlight on the need to be prepared with a disaster kit and a plan. A little work now could help you survive the next quake.