What you need to know about ShakeAlert, the earthquake warning system | Earthquake Ready or Not

Other countries have had an early earthquake warning system in place for years, but ShakeAlert will soon be implemented in Washington, Oregon and California. 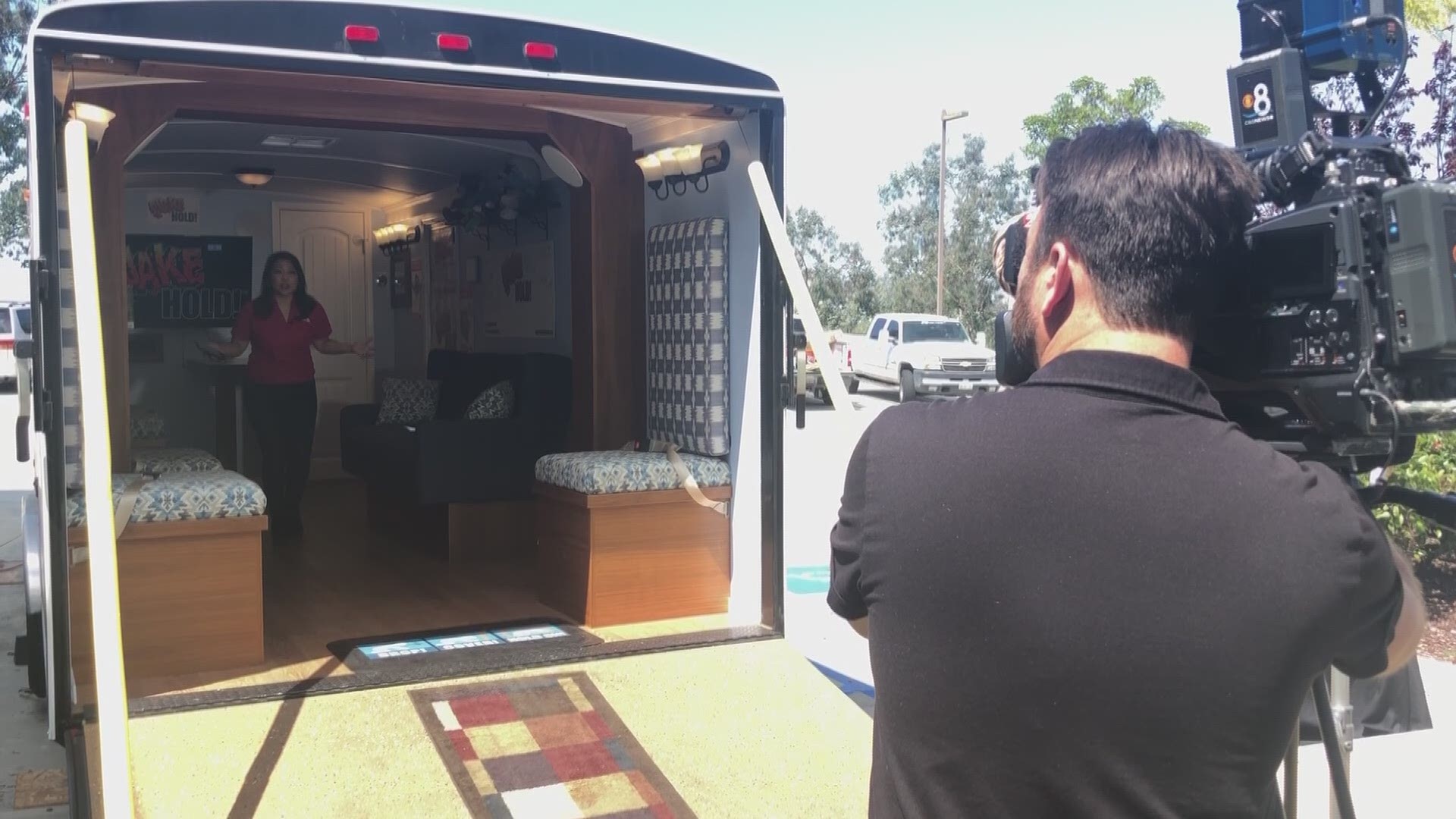 CALIFORNIA, USA — An earthquake early warning system will soon be up and running on the West Coast.

How much warning will it give us?  What should you do when you hear the alert on your smartphone?  And, are you earthquake ready, or not?

Mexico already has an early earthquake warning system in place. In 2017, sirens went off about 20 seconds before a magnitude 7.1 quake hit Mexico City.

But here on the West Coast, our early warning system, called Shake Alert, is just getting started.

“BART in the Bay Area is using Shake Alert. We have LA Metro using Shake Alert to slow down trains. So, this is stuff that's happening now. That's why we really want to point out that Shake Alert is actually up and running now,” said Robert de Groot, a scientist with the United States Geological Survey in Pasadena.

In California, Oregon and Washington state, the earthquake early warning system is about 56% complete.

“What remains to be done is the build out of the stations themselves, the sensor networks,” said de Groot.

Eventually, the West Coast will have more than 1,600 earthquake sensors installed, like the one on top of San Diego’s Mount Soledad.

“The sensor itself is underground. We have cables coming underneath the ground and underneath this wellhead here down about 3 meters is the seismic sensor,” said Frank Vernon, a seismologist with Scripps Institution.

The trick is making the network fast enough to alert people on their cell phones just seconds after an earthquake hits.

“How many times have you sent a text to someone nearby and waited for minutes for that text to get there? The technology needs to evolve to the point where we can actually push out these notifications in a timely manner that's effective,” said Vernon.

San Diego county recently tested the speed of its network by sending a test alert to the smartphones of more than 3 million people.

Scientists are still crunching the numbers to determine what worked and what didn't in San Diego but the system is almost ready.

When an earthquake hits, say along the San Andreas fault near the Salton Sea, seismic waves starts spread out from the epicenter of the quake.

The initial energy to radiate from the earthquake epicenter is a called the primary (P) wave, which rarely causes damage.  A secondary (S) wave comes later, causing shaking and damage.

As the initial P wave hits the network of underground earthquake sensors, within milliseconds, a warning is sent to one of three earthquake warning centers along the West Coast.

The earthquake P waves are analyzed to estimate the location and magnitude of the earthquake before a Shake Alert is sent out to cell phones all over the region.

The Shake Alerts are sent out seconds before the S wave arrives and causes shaking.

“So the more stations you have, you have better resolution. You have a way of detecting something quickly and getting that information out more quickly,” said de Groot.

There are two ways a Shake Alert can be sent to your phone, 1) as a wireless emergency alert similar to an amber alert, or 2) through a push notification to an app you have to download first.

These alerts can give people perhaps ten to twenty seconds of advance notice before the shaking begins.

The closer you are to the epicenter of the quake, the less advance notice you receive, however.

“But also it could be sent to another computer to open a firehouse door or to protect a water system, or a whole bunch of other applications that are being developed,” said de Groot.

Currently, only Los Angeles county has a Shake Alert smartphone app up and running.

“We're not going to stop the earthquakes.  They will occur.  But we can make buildings safer and we can make people safer,” said Vernon, the Scripps seismologist.

So, what should you do when you receive a Shake Alert on your phone?

Experts say you should drop, cover and hold on to something solid because you won’t have time to run out of the building.  Stay put and protect yourself from falling objects.

The MyShake announcement came on California's annual Great Shakeout Day, when people are told to drop, cover and hold on when they feel an earthquake. It's also important to get your home ready before the big one hits.

Disaster kits like those sold by Ready America in Vista can help you survive an earthquake and a resulting power outage.

First aid kits and flashlights also are important to keep on hand. Ready America sells one flashlight with a hand crank that provides not only light, but also an emergency radio and cell phone charger all in one unit.

Inside the home, you should strap down televisions and other items to keep them from falling and causing injuries during a quake.

“The home is not likely to collapse on you. It's all those treasures that we have that are sitting on the shelves that we don't want to become projectiles in the earthquake. So, something like quake hold putty, or quake hold museum gel or wax, are ways to secure things to the shelf,” said Primes