The science of forecasting earthquakes | Earthquake Ready or Not

One expert said he doesn't think predicting the exact time and place for the next earthquake will happen in his career, but he hopes science will get closer soon. 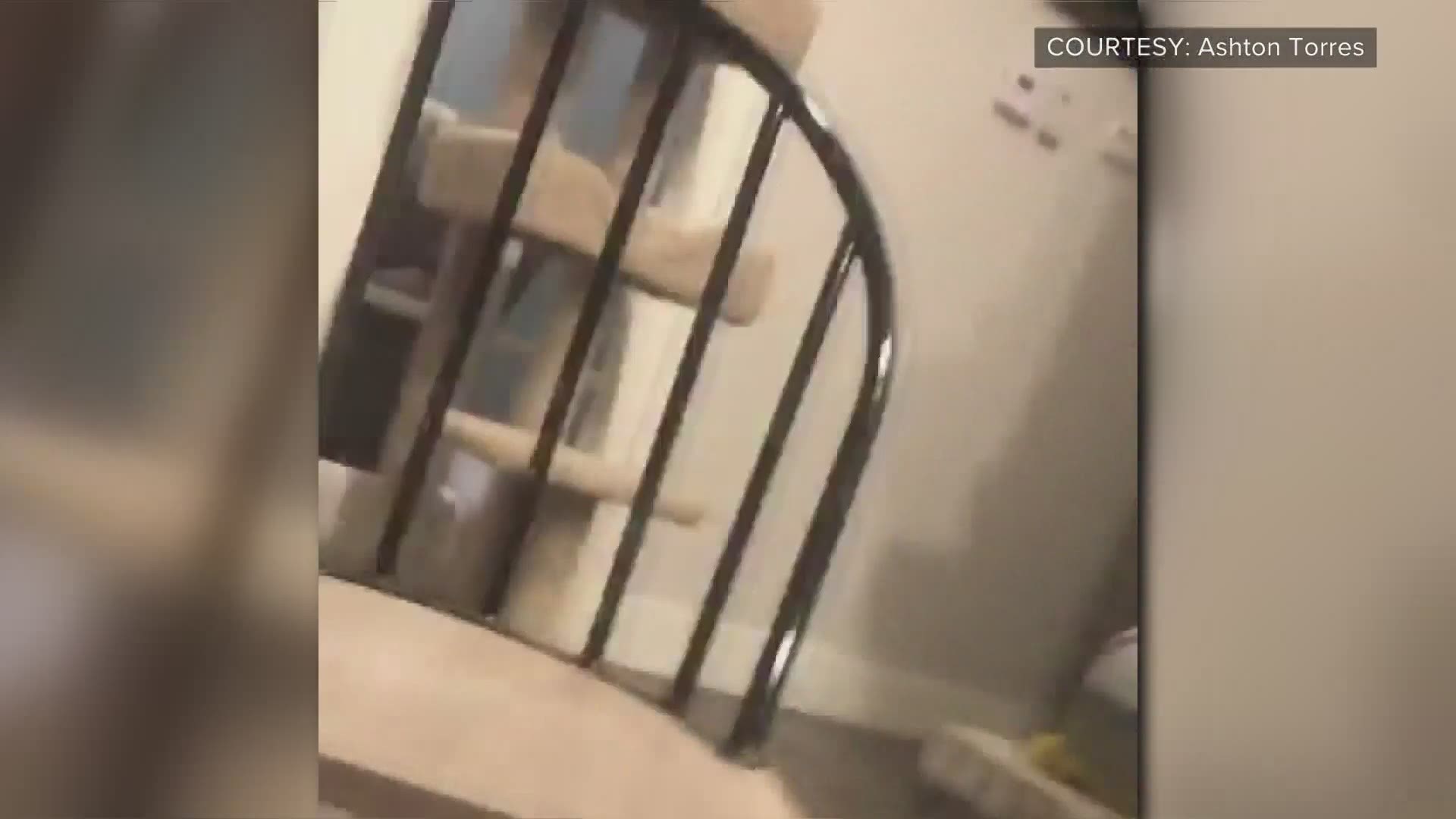 Southern California has a high probability of earthquakes, and on July 4, 2019, that forecast verified with a magnitude 6.4 earthquake, the strongest quake to hit California in two decades. Ridgecrest, a small city in Kern County, took the brunt of the energy.

RELATED: Earthquake Ready or Not: Why a disaster kit will help you survive the next

Moments after the quake, seismologists worked to locate and analyze the source. People wanted to know how big it was and if there would be a stronger aftershock.

“Any time you have an earthquake, the chances of having another earthquake over the baseline..goes up considerably,” said Paul Earle, operations director at the USGS's National Earthquake Information Center in Golden, Colorado.

In Ridgecrest, the USGS thought it was possible the 6.4-magnitude was not the main shock— and the public needed to know.

At a news conference later that day, seismologist Lucy Jones said there was about a 1 in 20 chance that the location would have an even bigger earthquake within a few days.

“It’s hard to do without scaring people," Earle said. "You want to let them know that there is a potential for another earthquake, and it could be larger, but you don’t want to put that out as, 'This is going to happen.'

"You want to make sure that they understand what the odds are there."

A bigger shock did hit one day later, on July 5, a 7.1-magnitude aftershock, the larger size of which made it the main shock, and the 6.4-magnitude the day before a strong foreshock.

Earle said seismologists are making progress in forecasting aftershocks through advancements in computer processing power and breakthroughs in artificial intelligence. But that doesn't necessarily mean they can predict earthquakes.

"People don’t like to use the word 'predict' because that implies that we’re going to give an exact time and place where an earthquake occurs," Earle said. "The term we use is 'forecasting,' so it’s more like weather.”

RELATED: Earthquake Ready or Not: Where solid ground could turn into 'soup'

Meteorologists can forecast tornadoes two to four days in advance and give the public 13-15 minutes warning before a tornado hits.

They can see hurricanes coming for several days and warn the public well in advance.

The ingredients for bad weather are very clear to see developing in the atmosphere.

The ingredients for earthquakes are also very simple but happen on a different time scale.

Seismologists said they can identify regions that are likely to have earthquakes by analyzing faults. With many of the large faults, they can give a time-frame of when the next large earthquake will happen — like within the next 100 years, or 500 years.

But will we ever get to the point where a 15-30 minute warning can be issued in the same way it is with severe weather?

“In terms of finding exact time and place, predicting where that’s going to be for the next earthquake, I don’t think that’s going to happen in my career,” Earle said. “I hope I’m wrong. I hope we get to that place in the science."

"Like with the San Andreas, we are saying that a large earthquake will happen, it will cause a lot of damage, and people will be killed," Earle said. "It's not if, but when."

The USGS has a catalog of scenarios on many of the most active faults.

One example is the 800-mile-long San Andreas fault. A projected 7.8 magnitude quake on the southern end of the fault would kill nearly 2,000 people, injure 50,000 more and cause $200 billion in damage.

A 7.0-magnitude quake scenario at the smaller (but highly urbanized) Hayward Fault near Oakland would kill 800 people, injure 1,800 and cause $82 billion in damage.

The Cascadia Subduction Zone in the Pacific Northwest is capable of producing the world’s most powerful earthquakes — upwards of a 9.0-magnitude. Since the fault is offshore, the intensity is not as high — the real killer in this scenario is a resulting tsunami.

Scientists can issue warnings for tsunamis. NOAA has established two tsunami warning centers to be part of the International Tsunami Warning System. They can issue tsunami advisories, warnings and watches just like weather.

The lead-time for these warnings depends on the distance of the source. In the scenario of a 9.0 earthquake on the Cascadia Subduction Zone, they estimate only a 20-minute warning to the coastline of the Pacific Northwest.

RELATED: How vulnerable is California to tsunamis?

Located in Golden, Colorado, the NEIC is run by the USGS, which has a staff who works 24/7.

They are responsible for determining the magnitude, the location and the potential human impact of an earthquake, as well as releasing that information to emergency managers, the media and the public as quickly as possible.

Earle said they analyze 20,000 to 30,000 earthquakes every year, which includes every quake stronger than a magnitude 4.0 internationally, as well as anything stronger than a 2.0 in the U.S. They assist the regional earthquake centers that also analyze quakes in their areas.

The NEIC is located in Colorado because there was already a large federal government presence in the Denver area, and Earle said it is important to have the center in an area with a low risk of earthquakes because it is the backup center to all the regional earthquake centers.

"You want to have that national center in a place that’s probably not [going to] go down in a large earthquake," Earle said.

Earle said that on average worldwide, there is only one magnitude-8  earthquake every year and a magnitude-9 about every 30 years.

The men and women that analyze earthquakes in real-time are often not directly impacted, but Earle said they definitely feel it in other ways. He's seen two magnitude-9s in his career, in Indonesia in 2004 and in Japan in 2011.

SUGGESTED VIDEOS | Earthquake Ready or Not