Excessive Heat Watch to be issued Thursday through Saturday in Valley, Delta and foothills

The National Weather Service said that highs will range from 100 to 113 degrees during those days. 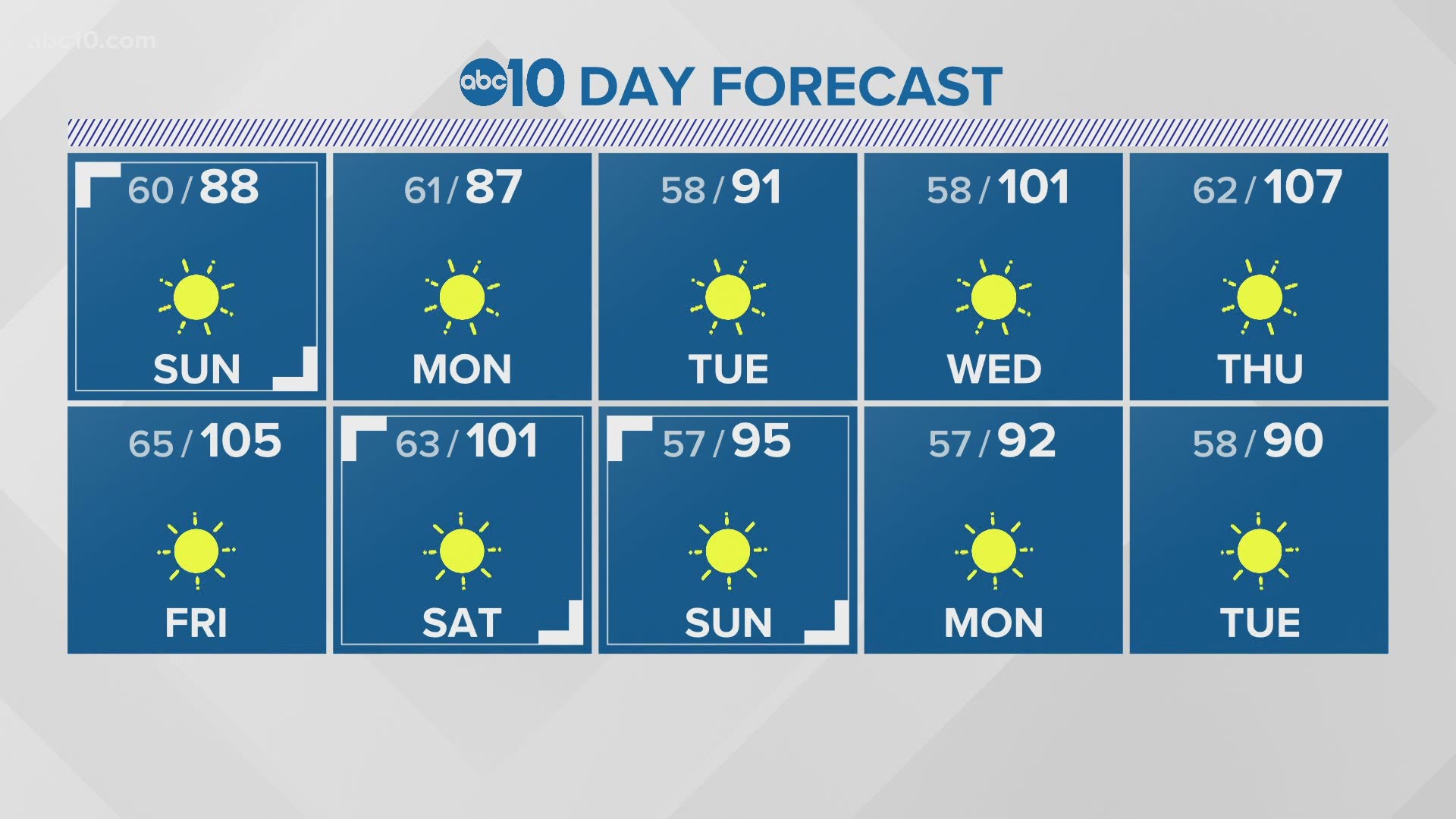 SACRAMENTO, Calif. — The National Weather Service (NWS) is issuing an Excessive Heat Watch from 12 p.m. on Thursday, June 17 until 9 p.m. on Saturday, June 19.

According to a tweet from the NWS Sacramento, highs are supposed to range from 100 degrees to 113 degrees in the Sacramento Valley, Sierra Foothills and the Delta on those days. Lows are supposed to be in the upper 60s to low 80s.

The NWS is asking people to take precautions during those days to avoid heat-related issues.

⚠️ Excessive Heat Watch has been issued for the Valley, foothills & Delta Thu - Sat. Highs will range from 100°-113°.

Now is the time to prepare for this dangerous heatwave! #CAwx #CAheat pic.twitter.com/ekkpVihyXr

Precaution to take from the NWS:

The California Independent System Operator (CAISO) sent out a press release earlier this week, saying that they are monitoring the extreme heat expected across the state this week. They said that they will not know if a Flex Alert is needed until later in the week.

"It is still too early to know the precise impact that next week’s high temperatures will have on the electric grid," CAISO said in the press release. "But the ISO is closely monitoring conditions and the anticipated increase in demand for electricity and will issue additional public notifications as warranted."

A real estate photographer when he captured firefighters arriving at a home threatened by a nearby vegetation fire.