With an incoming Arkansas River flooding that is predicted to hit historic, never-seen-before-numbers, we try to answer the questions we've seen asked the most. 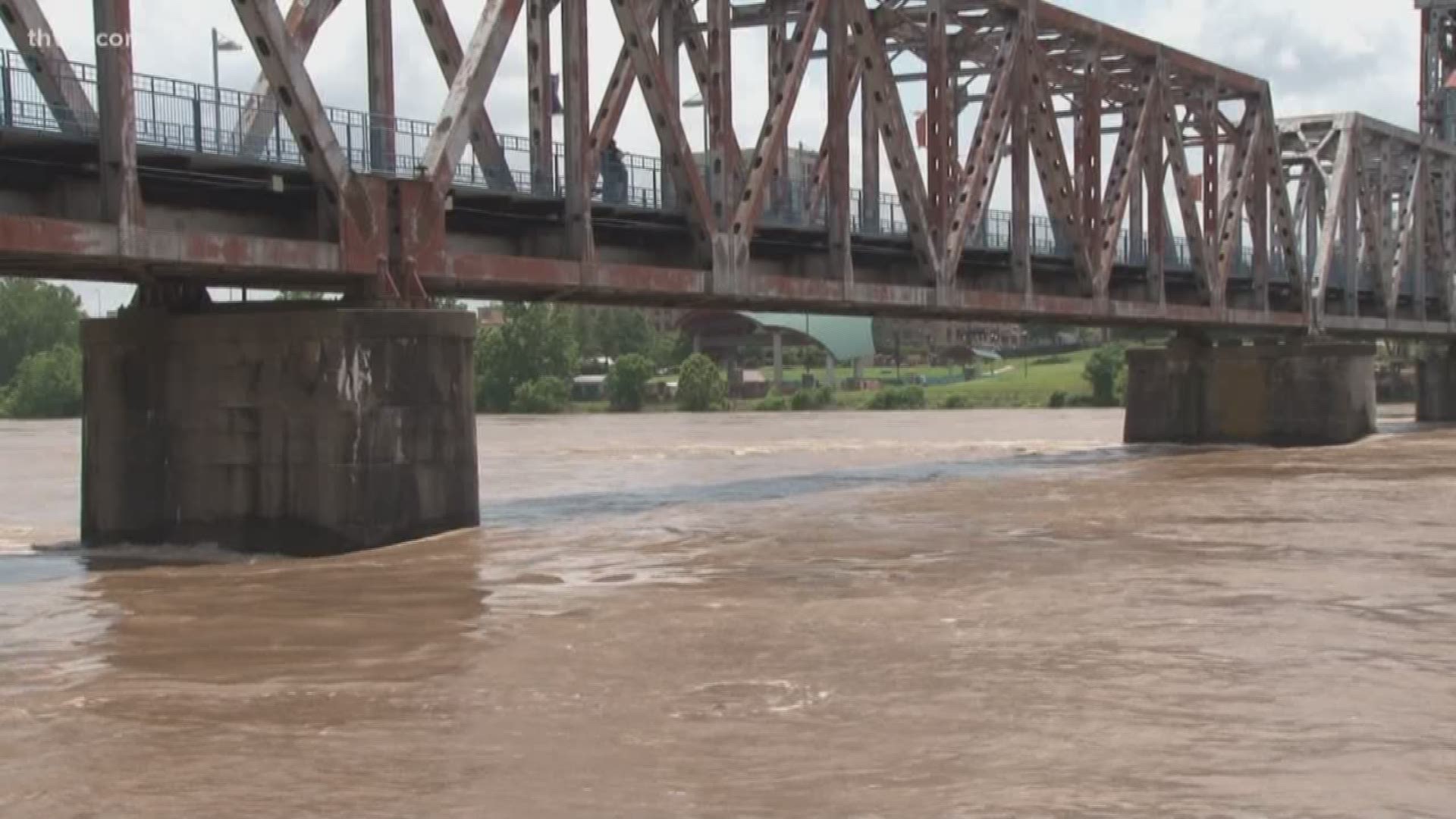 QUESTION: Will [insert area] be affected by flooding?

ANSWER: The Corps of Engineers has an online tool (sort of like Google Maps but shows green spots of where predicted flooding will occur)

The tool predicts which areas will be impacted by the 500-year flooding event, meaning there's a 0.2 percent chance flooding could occur every year.

Steps to use the online tool:
1) Follow this link to go to the Corps' website
2) Click on "Inundation Forecast for 0.2% Event"
3) Type in your address or city or general area

This tool is a projection of the potential flooding, please keep this in mind as flooding patterns may change.

QUESTION: Why are the numbers representing Toad Suck Lock and Dam so much higher than the rest?

A flood gauge, streamgage or gauging station is a location used by hydrologists or environmental scientists to monitor and test bodies of water.

Flood stage is the level at which a body of water's surface has risen to areas where it could cause a threat to life and/or property. This is how Dardanelle, Morrilton, Little Rock and Pine Bluff are being measured.

Sea level is the average level of the sea where it meets the land. The levels recorded for Toad Suck is reading as 276.6 feet above sea level.

QUESTION: What is the river level/forecast?

ANSWER: We have an article that is updated with all of the information provided by the National Weather Service and the Army Corps of Engineers.

ANSWER: Officials with Arkansas Nuclear One said "no adverse effects" are expected, but you can find more information here.

QUESTION: Will I-40 be affected? What will traveling on the highway be like?

ANSWER: According to Danny Straessle with the Arkansas Department of Transportation, there is a potential of a flood risk along Interstate 40. "The potential is there it just depends on how the new flood models come out. There might be some over-topping of 40 later on in the week. We aren’t sure exactly where, but we are going to wait to get more data from the [Army Corp of Engineers]."

As far as commuting to Fort Smith from central Arkansas, "we can set up a detour, we can route the traffic onto another highway and it may take a little more time. Right now we are still operating business as usual," Straessle said.

QUESTION: When will the flooding be at its worst?

Impacts here are not going to be felt until later in the week, said Straessle.

Thursday would be the earliest for central Arkansas.

QUESTION: Where are places I can take shelter if my home becomes affected?

Identification and/or proof of residency is NOT required to be admitted to a Red Cross shelter. Individuals and families are encouraged to bring the following items with them:

“We are in constant communication with local emergency management officials and have trained disaster response staff and volunteers ready to respond to support the community,” Julie Brown, executive director of the Northwest Arkansas Chapter said.

Here is the projected peak timeline:

Flows at Dardanelle Lock and Dam:

Flows at Toad Suck Lock and Dam at Conway:

Flows at Murray Lock and Dam at Little Rock:

Flows at Arkansas River at Morrilton:

Flows at Emmett Sanders Lock and Dam at Pine Bluff:

The following locations are under major flood risk:

If you would like to see how a specific location is affected by the flood waters, you can enter an address on the FEMA website.

We will update this information as updates become available.

Why are the river levels at Toad Suck so much higher?