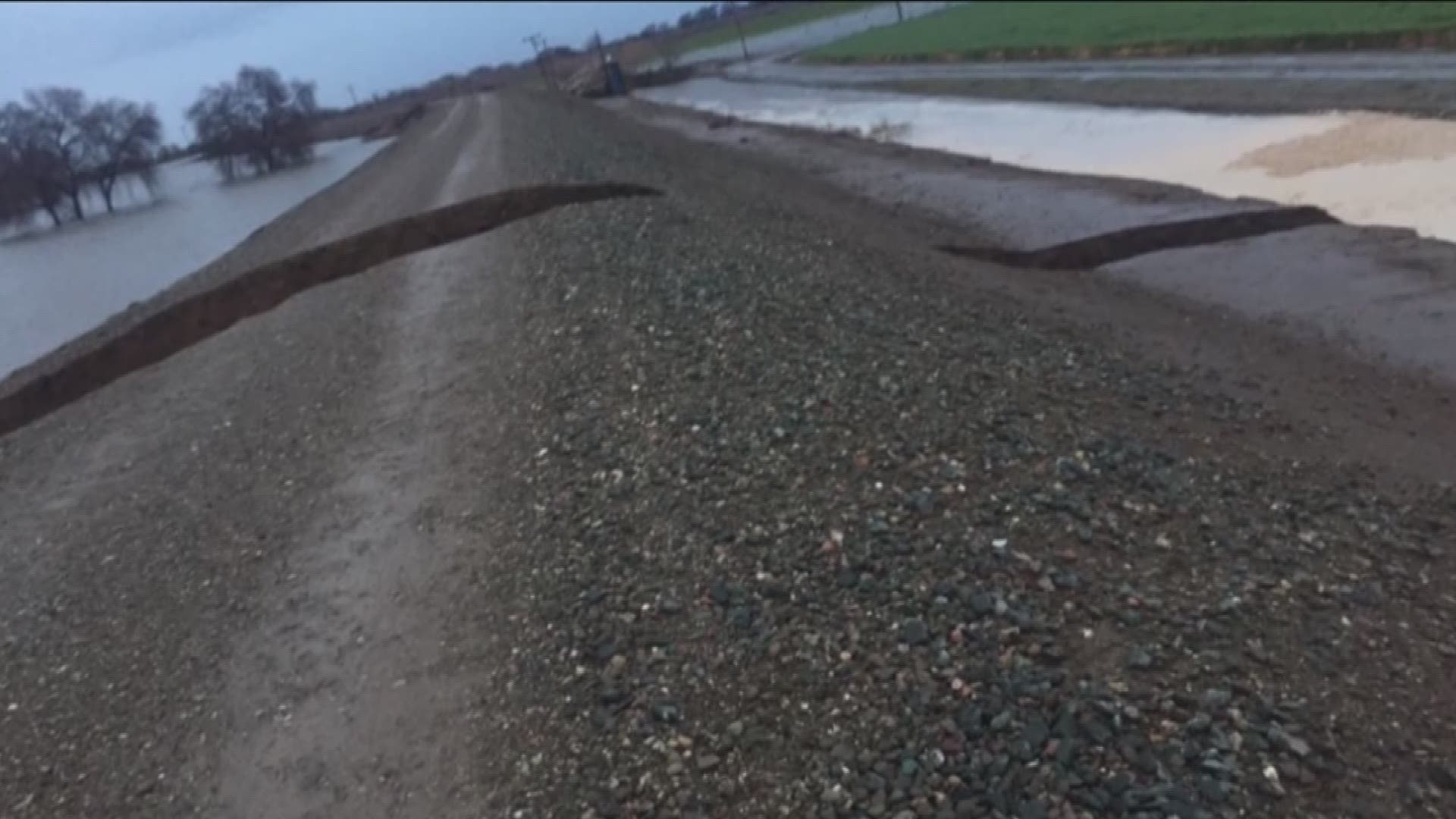 Authorities have stopped a leak in a levee near the town of Manteca but about 500 people remain under evacuation orders until the area is deemed safe.

There are no immediate reports of damage or injuries but a flash flood warning remains in effect.

The levee on the San Joaquin River in San Joaquin County was breached Monday afternoon and repaired about five hours later. The evacuation area is mainly farming and ranch land.

Rivers and creeks in the Central Valley and around Northern California have been reaching flood levels as a series of storms continues to pound the region.

We just made it to Woodward Ave/Airport Way where roads are closed and people are being re-rerouted. @ABC10 pic.twitter.com/0Epw4aaAIw

I just got off the phone with a farmer near the levee breach. He says 10-15 farmers mobilized quickly to patch up the breach. @ABC10