Heat sticking around in October for a little while longer 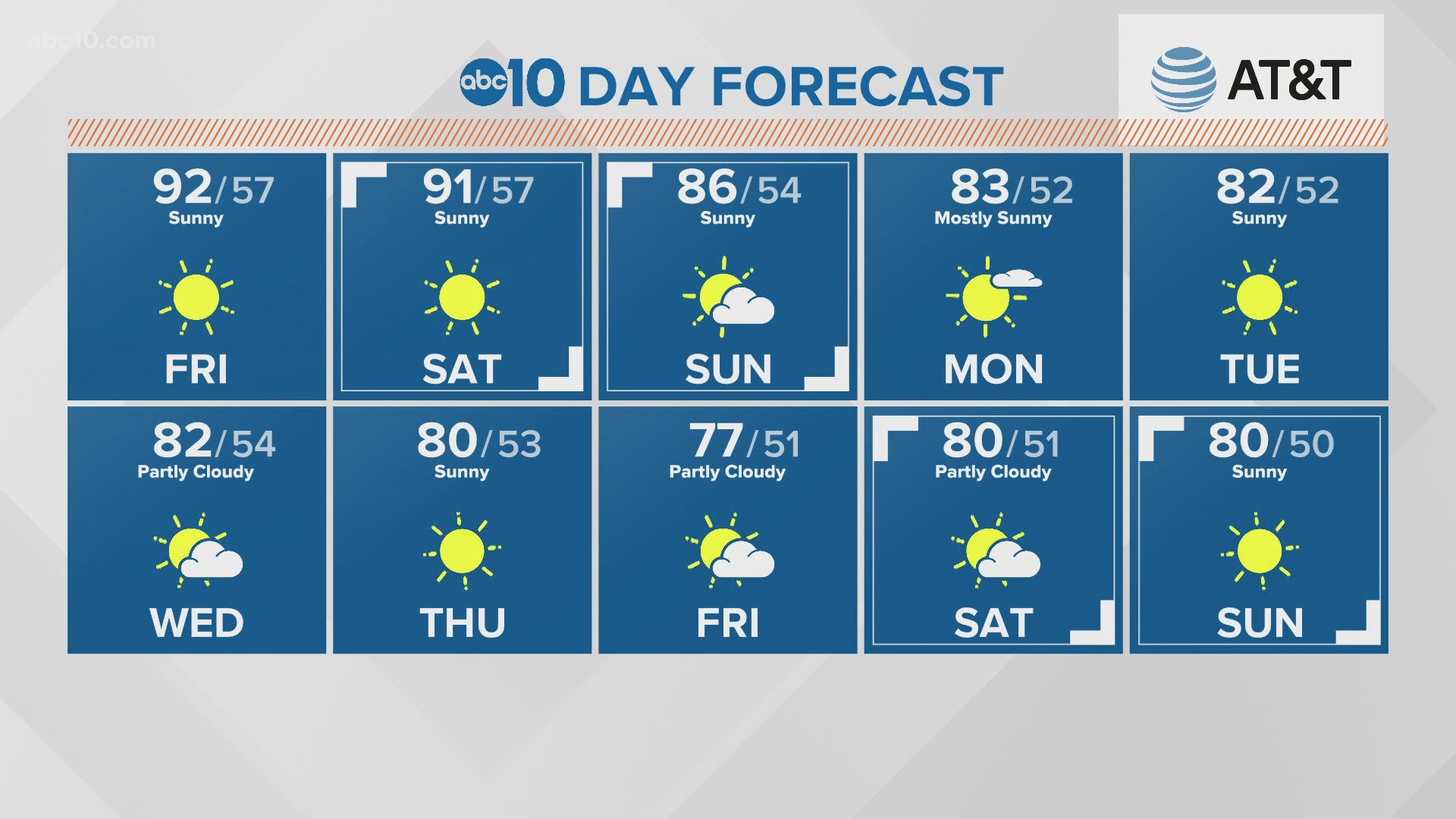 SACRAMENTO, Calif. — After the hottest August and September on record for much of Northern California, October is following the same path.

So far, we are halfway through October and the heat is not giving up. In Sacramento, the average high for the month has been nearly 89 degrees, with more 90s possible this weekend. When you look at the average temperature for the day, combining the high and the low, the average October temperature is nearly six degrees above normal.

Next week could see more of the same. The temps will cool into the 80s, but the average high for most Valley locations should be in the upper 70s.

🌞 Warm and dry weather is forecast to continue. Above average temperatures across #Norcal are forecast through next week with a gradual cooling trend. Head to https://t.co/7FMe5tNm40 for more! #CAwx pic.twitter.com/EMJ5cflSyn

Rain is also skipping the forecast for at least the next seven days.

Plan to visit a pumpkin patch this Halloween season? Here’s how you can stay safe!