How to stay safe while driving in the rain

The most hazardous time to drive in the rain is 10 to 20 minutes after it starts raining. 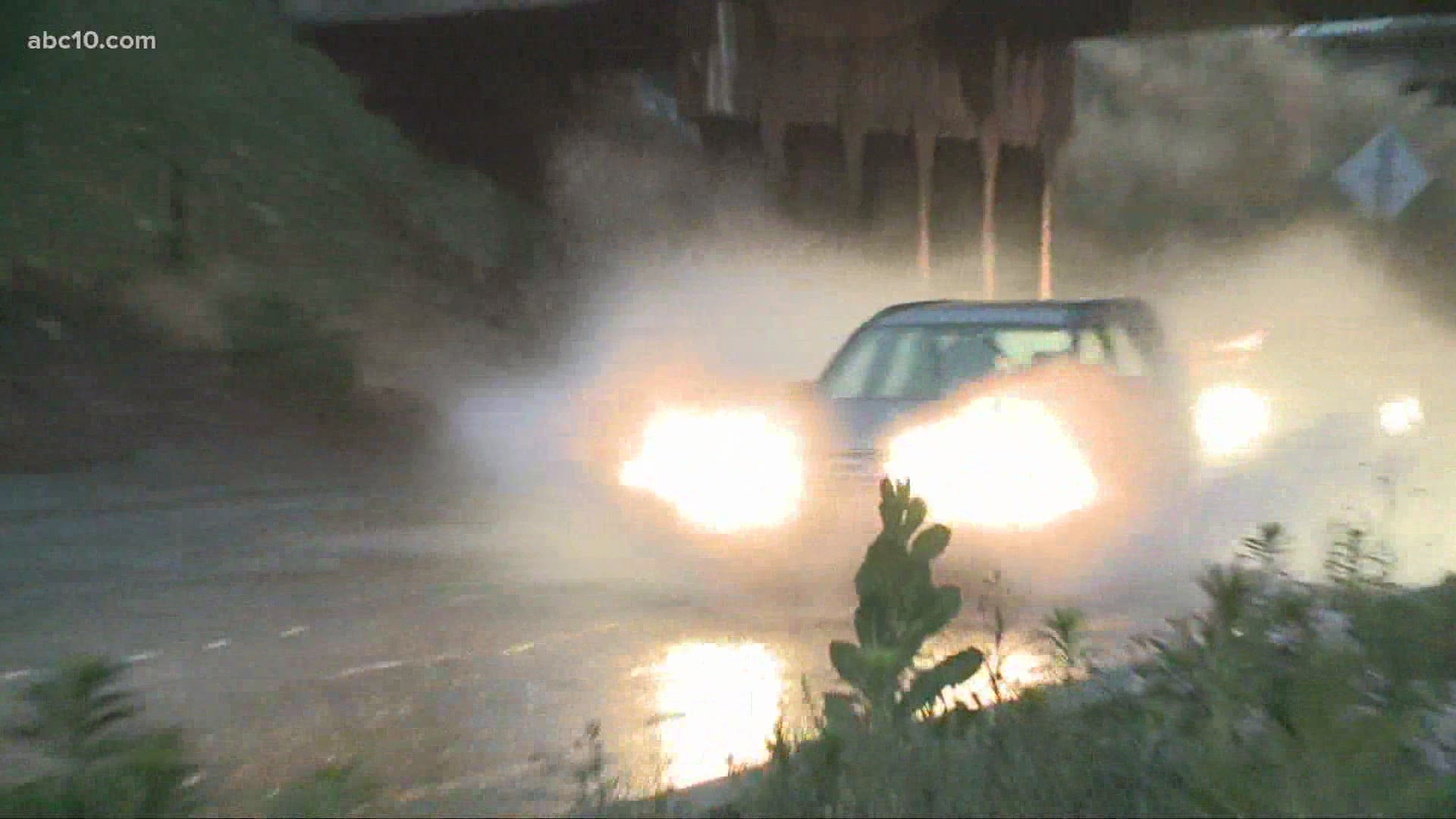 SACRAMENTO, Calif. — As a storm moves into the area, driving in the rain can be stressful. Many people in the Sacramento region find it frustrating not only to drive in the rain, but being on the road with other drivers as well.

"What drives me nuts is the lack of driving experience with people in the rain," Ancelmo Bott commented on a Facebook post by ABC10's Brittany Begley.

Typically the Sacramento region gets about an inch of rain for the entire month of April. However, that amount of rain could hit the Valley and Foothills on Sunday.

With so much infrequent rain, it makes driving difficult. The most hazardous time to drive when it's raining is about 10 to 20 minutes after it starts because the rain mixes with the dirt and oil already on the roadways, creating slippery driving conditions.

When people drive too fast in the rain they are more susceptible to hydroplaning. That is when too much water comes between the surface of the road and the car's tires, causing it to lose control.

According to the team at Valley Driving School, if you are hydroplaning, you should do three things:

Other people mentioned their pet peeves of driving in the rain on Brittany's post. Some of those complaints are people driving with headlights off, tailgating and people not using their windshield wipers.

Remember to use extra caution when on potentially wet roadways this weekend and if the windshield wipers are on, the car's headlights should be too.

An experienced group of riders shares the story of their harrowing rescue on the mountains as a cautionary tale to others.