Both daily and monthly records were tied and broken on Memorial Day as early season heat hits Northern California. 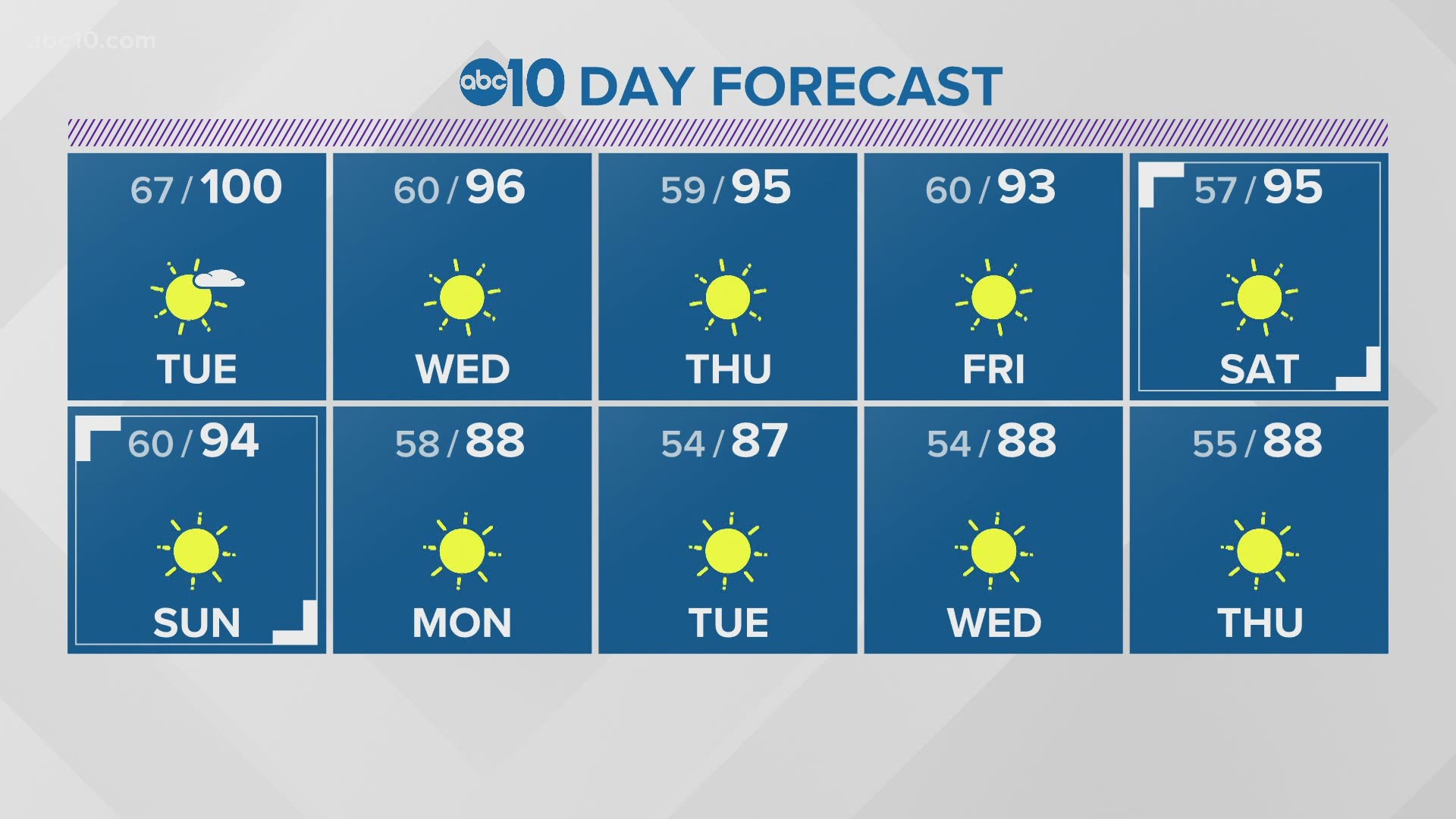 For the first time this year, highs warmed to the 100s for many places in Northern California. The quick warm up into the triple digits came as a high pressure system set up over much of the West Coast.

Even more extreme highs were reached in the northern Sacramento Valley.

Redding hit a record high of 109° which broke the daily and monthly record. Red Bluff reached highs of 108° breaking the daily record. That temperature in Red Bluff also tied the highest monthly temperature record of 108°, set back on May 28, 1984.

Slightly cooler weather is expected for the rest of the week. Highs will return to near normal in the 80s by next week.

Just how far have the Folsom Lake water levels dropped? | Beat the Heat