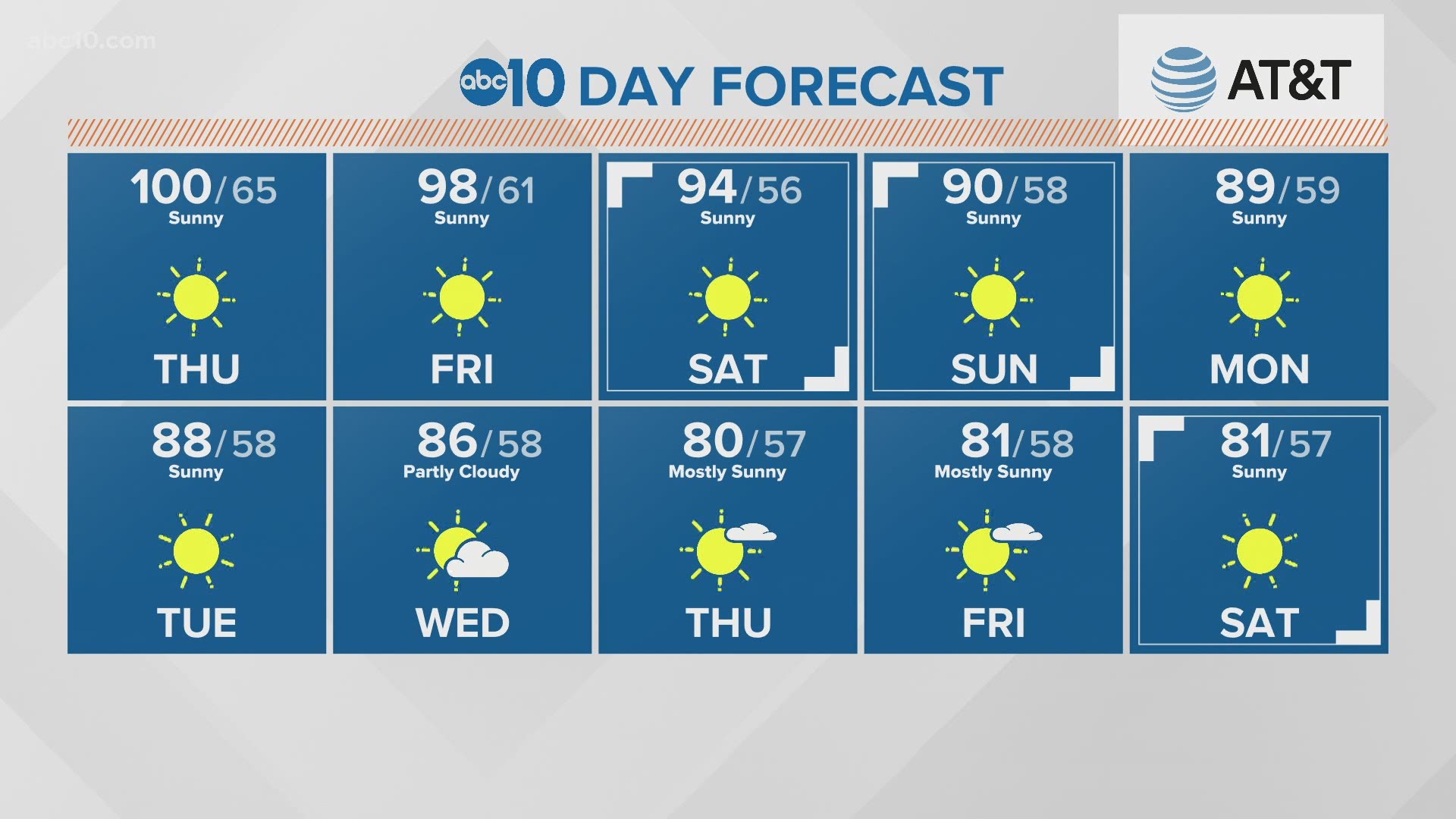 SACRAMENTO, Calif. — Numerous fires in Northern California are bringing smoke and haze issues to the area. Fires in the Sierra and Coastal range have been active in recent days with breezy winds and record heat.

A new Red Flag Warning for the Coastal Bay Area Hills above 1,000 ft will be issued at 1 p.m. Thursday until Friday at 6 p.m.

Very dry air with stronger winds will allow current fires to grow. Winds up to 25mph in the foothills will take the fire into new areas that have not been contained.

Smoke and haze moved into valley areas on Wednesday and swirling winds will keep smoke and haze in the area at least into the weekend. Since fires are burning in several areas of California, wind shifts may take smoke and haze away from one area and bring it in from another fire.

The air quality will remain at least unhealthy for sensitive people up to unhealthy for all for the next several days. Limited activity outdoors is suggested.

When the Red Flag Warnings expire Friday some cooler air will slow fire growth along with higher humidity from the ocean air. Wind speeds are expected to calm as well.

The biggest improvement in air quality may happen at the end of next week as rain may be coming back to the air. Widespread rain has not been seen in Northern California for months and that could help dampen current fires and knockdown smoke particles.

WATCH MORE: How to stay healthy with poor air quality

Heat, humidity and poor air quality are causing people to have breathing issues.