PG&E: Thousands still without power in the Sierra

Hundreds of PG&E customers living in the Sierra foothills have been without power since Feb. 4, after a powerful snowstorm moved through the area. 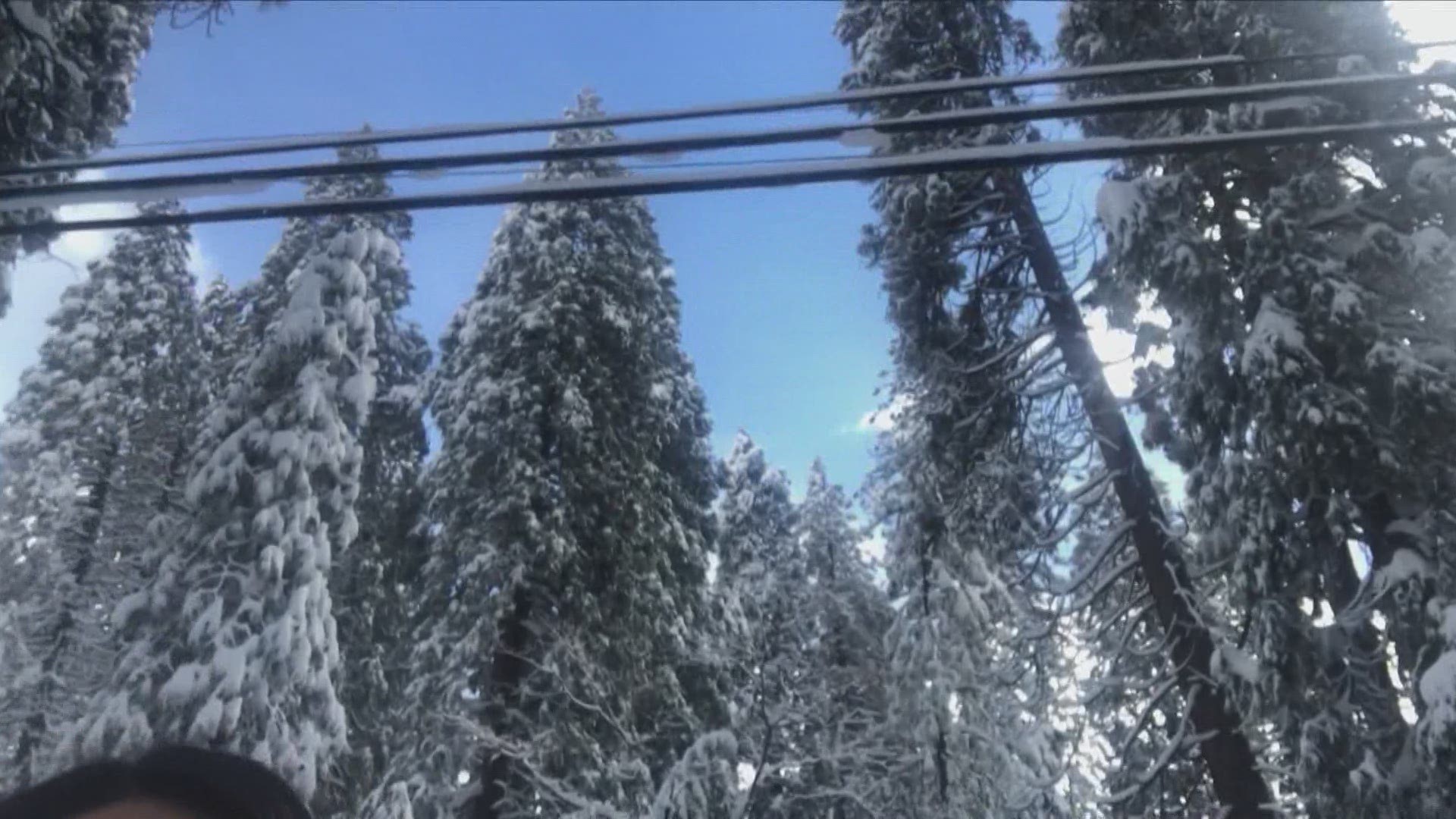 As of Sunday morning, PG&E's outage map showed thousands of people still without power in the Foothills.

The following numbers are current as of 5 p.m.:

Approximately 6,100 customers without power. The largest areas hit are Pollock Pines and Placerville.

Approximately 2,900 customers are without power. The larges areas hit are Murphys, Arnold and Mountain Ranch.

There is no estimated time as to when power will be restored for either division.

PG&E says they are working safely to get power back as soon as possible.

Many of those affected have been without electricity since Feb.4, when a powerful snowstorm moved through the area.

Neighbors say this storm was particularly bad, since there hasn’t been a snow this heavy and this low in elevation in years. That caused trees and branches that had been slowly rotting and weakening to all snap in a matter of days, landing on roadways and power lines. That has meant lots of ongoing clean-up for crews.

If you have plan to head to snow areas during this time, CalTrans said to make sure you plan for extra time. Once chain controls are in effect on Highway 50, with the max speed limit at 25 mph.

CalTrans recommends downloading CalTrans QuickMap, a website and a free app that tells drivers when and where chain controls are in effect and why there may be an unexpected delay on a trip.

ABC10's Daniela Pardo and Julian Paredes were in Cedar Grove Sunday, where snow accumulation was beyond impressive. As of 1 p.m. I-80 remains closed in both directions from Colfax to the Nevada state line. Caltrans expects lanes to open between 2 p.m. and 3 p.m. Sunday.