"This is more snow than I've seen in 23 years up here," Scott Brown said. "It's coming and dropping. Then it stays and it drops some more." 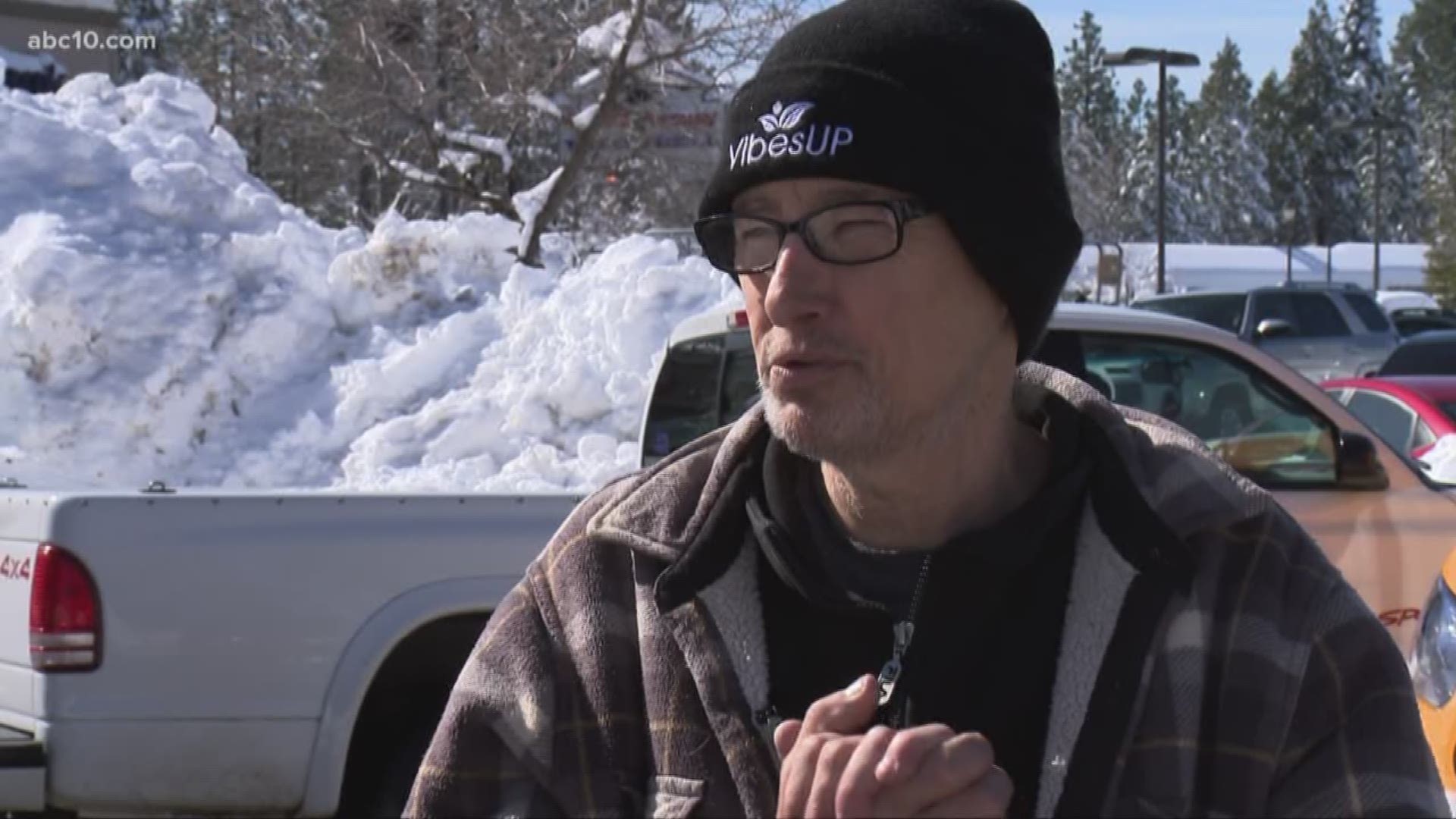 Pollock Pines resident Scott Brown says he doesn't remember the last time he saw that much snow like he has during the last week.

"This is more snow than I've seen in 23 years up here," Brown said. "It's coming and dropping. Then it stays and it drops some more."

Brown and his wife have been without power for three days. He told ABC10 it was exciting to see so much snow in his neighborhood after the first storm.

"We took pictures for the first few days of icicles and trees, and now it’s like, go away," he said.

Brown took advantage of Monday's dry weather to make a trip to the grocery and gas station as he prepares for more snow on Wednesday.

RELATED: Storm update: I-80 reopened to all traffic in both directions

RELATED: PG&E: Thousands still without power in the Sierra

"PG&E told us we were going to be without power for at least three or four more days, minimum," Brown added.

For Brown and his neighbor, Jeff Mabe, their main concern for the next storm isn't spending more days without electricity.

"We’re prepared for that. Most of the folks up here have generators, so we can deal with that," Mabe added.

Mabe said what he's worried about are more trees falling down the road that leads to his home. He said eight trees fell on King of the Mountain Road during last week's storm.

"If the snow stays in the trees and we get more snow, we’re likely to have more trees come down," Made said.