The unseasonably warm, dry and dangerous fire weather is forecasted to ease by the end of the week for Northern California. 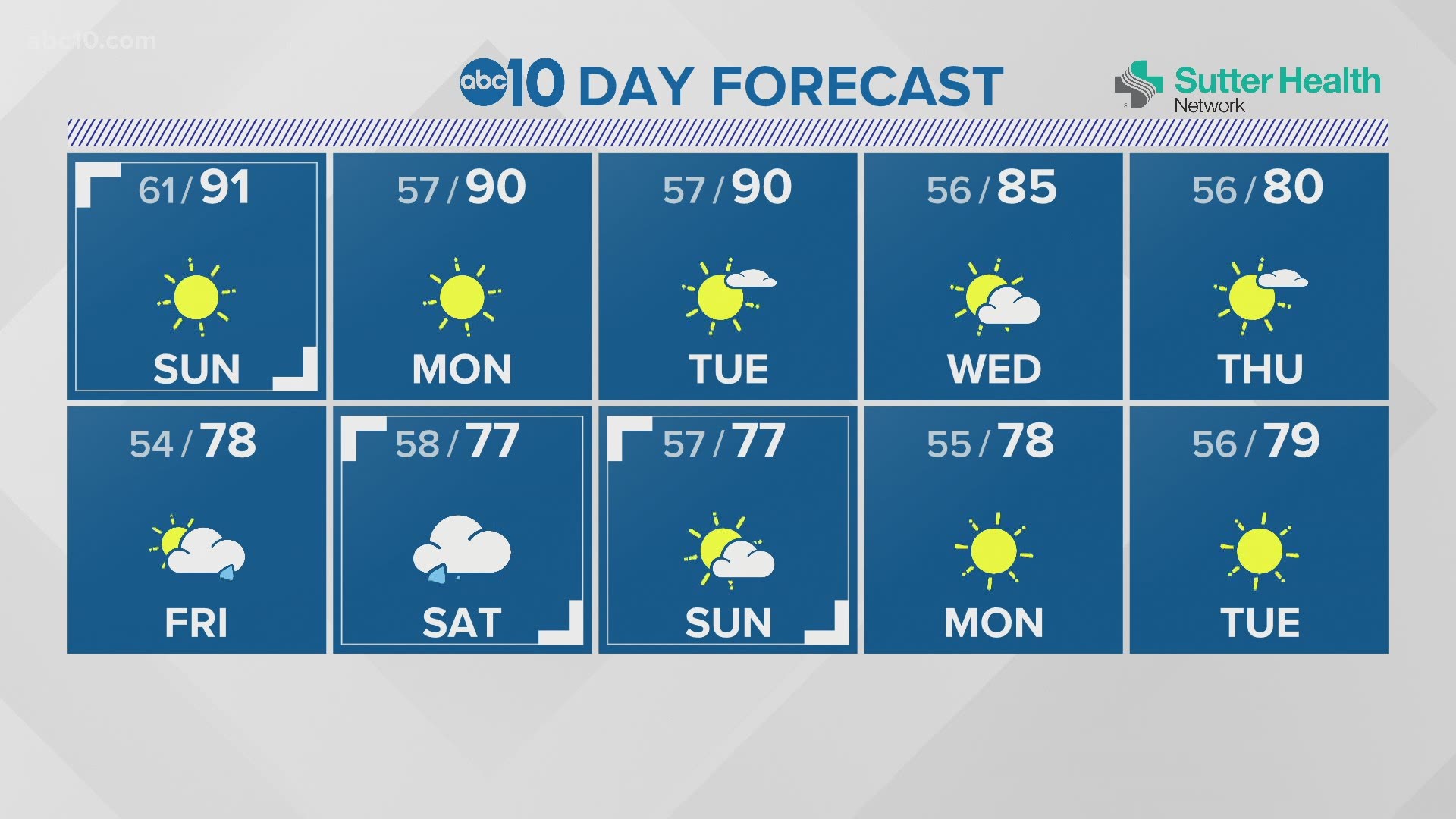 Cooler weather expected by the end of the upcoming work week. Current forecast models are now keeping the approaching weather system closer to the coast than moving inland farther to the south. This current tracking would leave much of Northern California with little accumulated rain but cooler temperatures. The cooler weather and higher humidity will still help firefighting efforts.

The unseasonably warm, dry and dangerous fire weather is forecasted to ease by the end of the week for Northern California. A low-pressure system will combine with the remnants of Hurricane Marie in the Pacific to deliver much-needed rain to the northern part of the state.

Current timing has the rain arriving late in the day on Friday. Temperatures will also drop out of the 90s and near 100-degree readings into the 70s.

This weather pattern will help clear out some of the smoke that has been blanketing the valley on and off through the middle of August and much of September.

Rain and cooler weather are on tap for the end of the work week. #wxforce10 @ABC10 pic.twitter.com/vmyTguGq1b

This rain is very much needed to ease the historic fire season in California. Many of the largest fires in the state's history occurred in the last two months. Some of them are still burning including the August Complex (now over 979,000 acres), North Complex and Creek Fires.

The state entered the summer with below-average rain from the rainy season. In addition, summer 2020 was among the hottest summers on record for many locations across interior Northern California.

The last time most areas saw measurable rain was back in April and May.

The dry season typically starts in May and runs through September. The end of September also marks the end of the water year which runs, October 1 through the following year September 30.

The 2019-20 water year ended with below-average rain for much of Northern California and slightly above for parts of Southern California. Nearly the entire state saw above normal temperatures.

The wettest months are typically December, January, February and March.