According to PG&E, the outages could begin around 7 p.m. Thursday and impact approximately 121,000 customers across nearly two dozen counties. 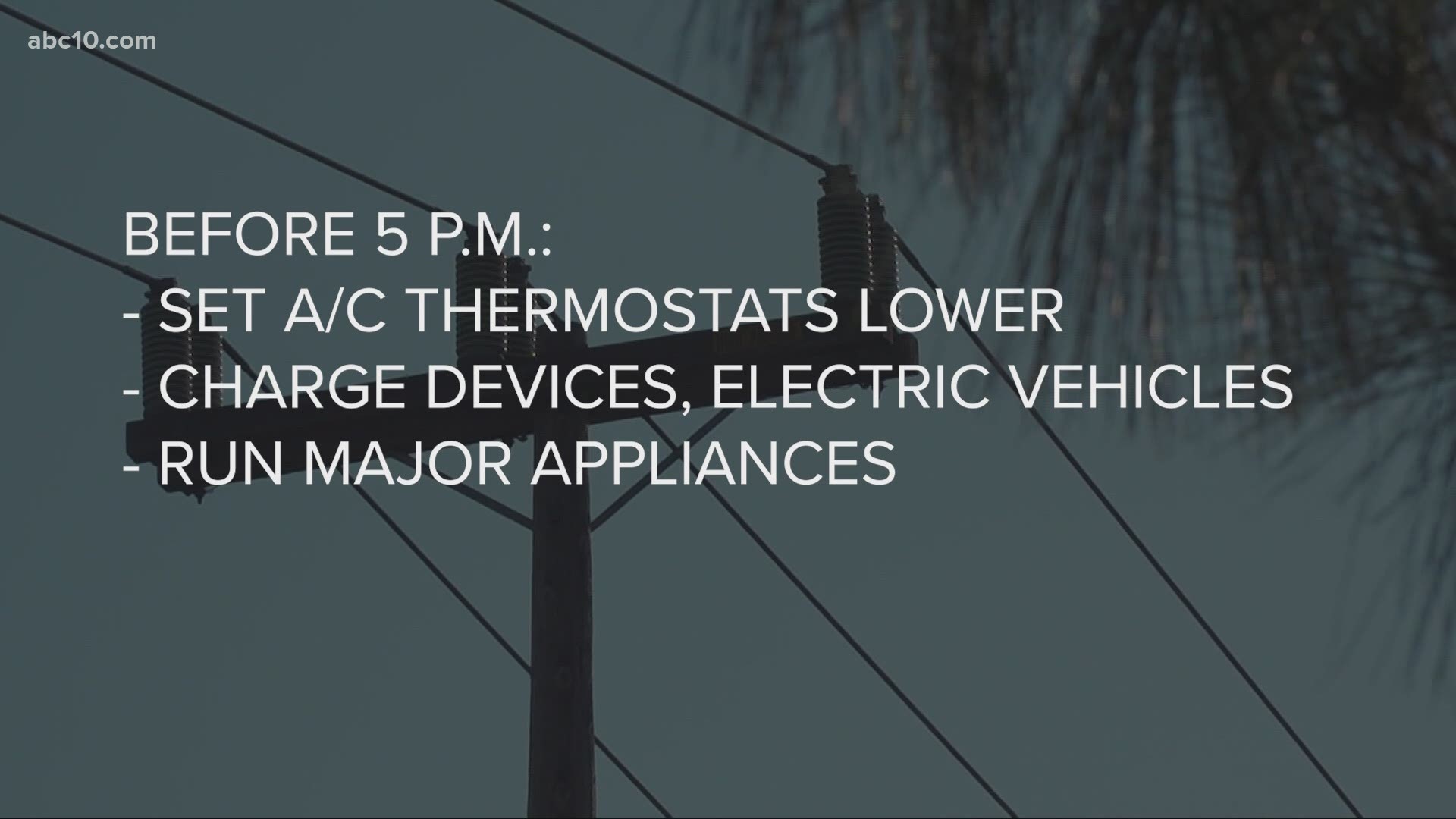 CALIFORNIA, USA — Nearly two dozen counties are on alert for possible rotating power outages, Thursday night, as California sits in the grip of a dangerous heat wave with record-high temperatures.

The Pacific Gas & Electric Company (PG&E) said it has begun contacting residents in the affected counties. According to PG&E, the outages could begin around 7 p.m. and impact approximately 121,000 customers. The rotations could last one or two hours, a press release from PG&E stated.

Tap here to find out if you live in an area where a blackout could occur.

According to PG&E spokesperson Megan McFarland, the counties that could potentially be impacted by the rotating outages include:

RELATED: How to get through a power outage amid a heatwave

CAISO, which oversees the larger power grid and balances energy demand with supply, warns that says that the demand for electricity could exceed the available supply.

PG&E says the possible outages are not related to a Public Safety Power Shutoff, which is implemented when fire weather conditions are high. Similarly, CAISO said it has not called for rotating outages but is just warning residents to be prepared.

WATCH ALSO: How to avoid heat illness with triple-digit temperatures