All signs point to a well below average end to the rainy season. The state is already preparing California residents for less water this summer. 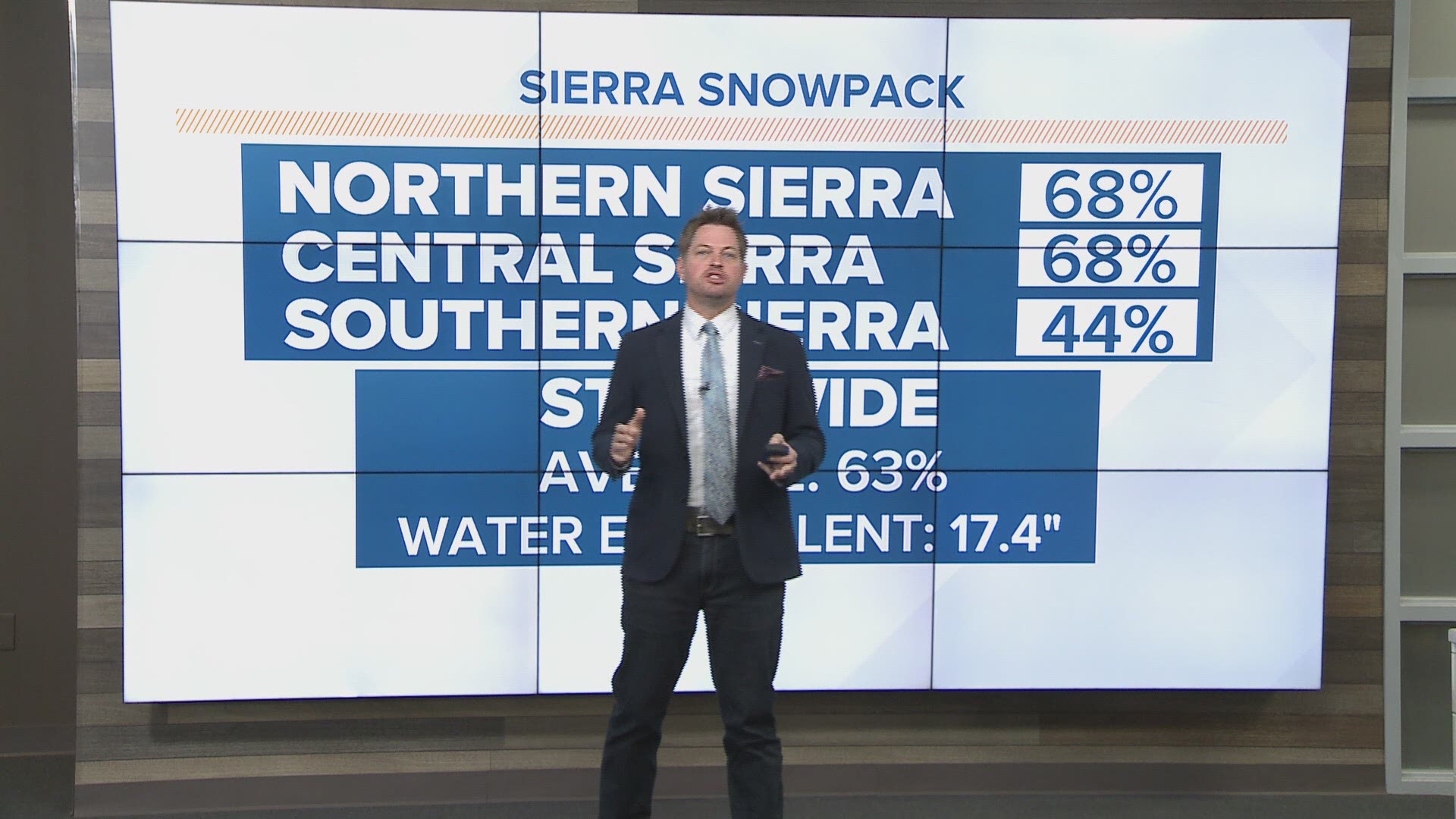 SACRAMENTO, Calif. — March was no miracle for California, with well below-average rain and snow for the wettest regions. Tuesday, the Department of Water Resources (DWR) announced lower State Water Project allocations for the 2021 water year.

California is heading into the second dry year which greatly impacts the water supply. The reserves in place are running thin and adjustments must be made to keep the state from going dry.

The Regional Water Authority, which works with regional water suppliers in Northern California, along with the Sacramento Water Forum, a diverse group working on a healthy long-term water supply, responded by explaining the many ways water agencies have been working together since the last drought from 2012-16.

Seeing this dry trend continue, they worked alongside other water providers, environmental groups and government agencies to help alleviate the effects of drought.

Drought is a part of California's climate. It has been here before and will be here again. That is why so many agencies throughout the state have been preparing to meet this challenge on many levels.

Since the last drought in 2012-16, there have been nearly 20 projects in the works to help the Sacramento region’s resiliency to drought conditions.

The region continues to work together on strategies to help strengthen the area's drought resiliency.

WATCH NEXT: Is California ready for the next drought? | ABC10 Originals

The last drought in California from 2012-16 was so catastrophic, some of the hardest-hit communities still haven’t recovered. Can the Golden State get ready in time to make it through the next one before even more towns go under? An ABC10 Originals investigation from Monica Woods.