The August Complex is still burning in the Mendocino National Forest. North winds brought some smoke to the area 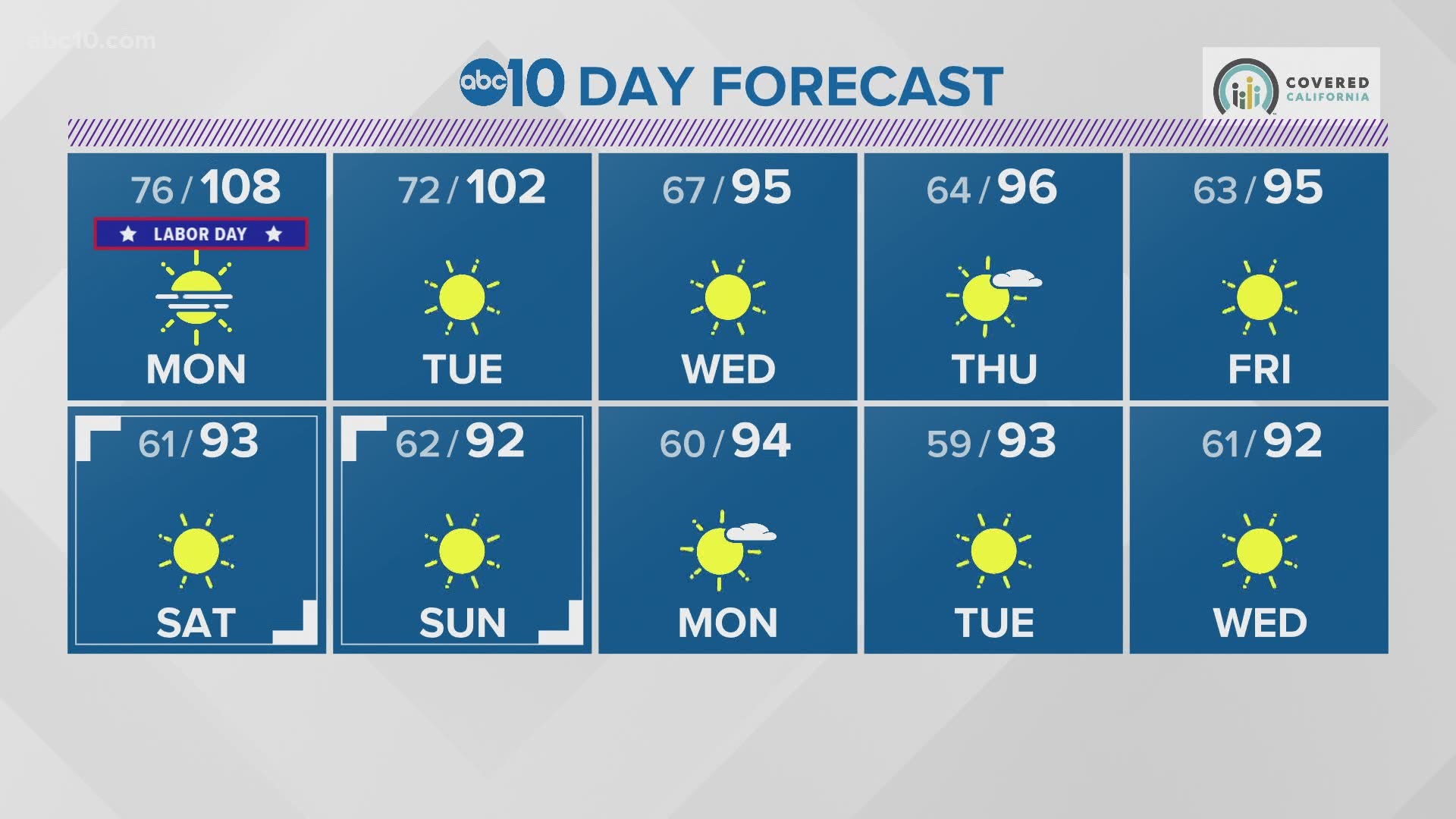 Poor air quality developed overnight with smoke coming in from the August Complex fires. Northwest winds helped pull the smoke into the west side of the state.

Particulate matter (PM 2.5) is the main pollutant that we deal with during wildfire smoke events. On Sunday afternoon, some areas were unhealthy air quality. The east side of the Valley had slightly less smoke and moderate levels of pollution.

#AugustComplex fire is still putting off enough smoke to make it into the valley skies. #wxforce10 @ABC10 pic.twitter.com/wDCqDlbI2O

Hazy skies will likely continue until there's better containment of the August Complex. As of 5 p.m. Sunday, it was 325,172 acres and 24% contained.

Meanwhile, the San Joaquin Valley and surrounding foothills are dealing with high levels of smoke coming in from surrounding fires. Those areas are under an Air Quality Alert until further notice.

The forecast for Monday continues to show pockets of poor air quality due to smoke and ozone.

How to stay cool, save money amid heatwave