This storm will cause significant travel delays over the course of the weekend. 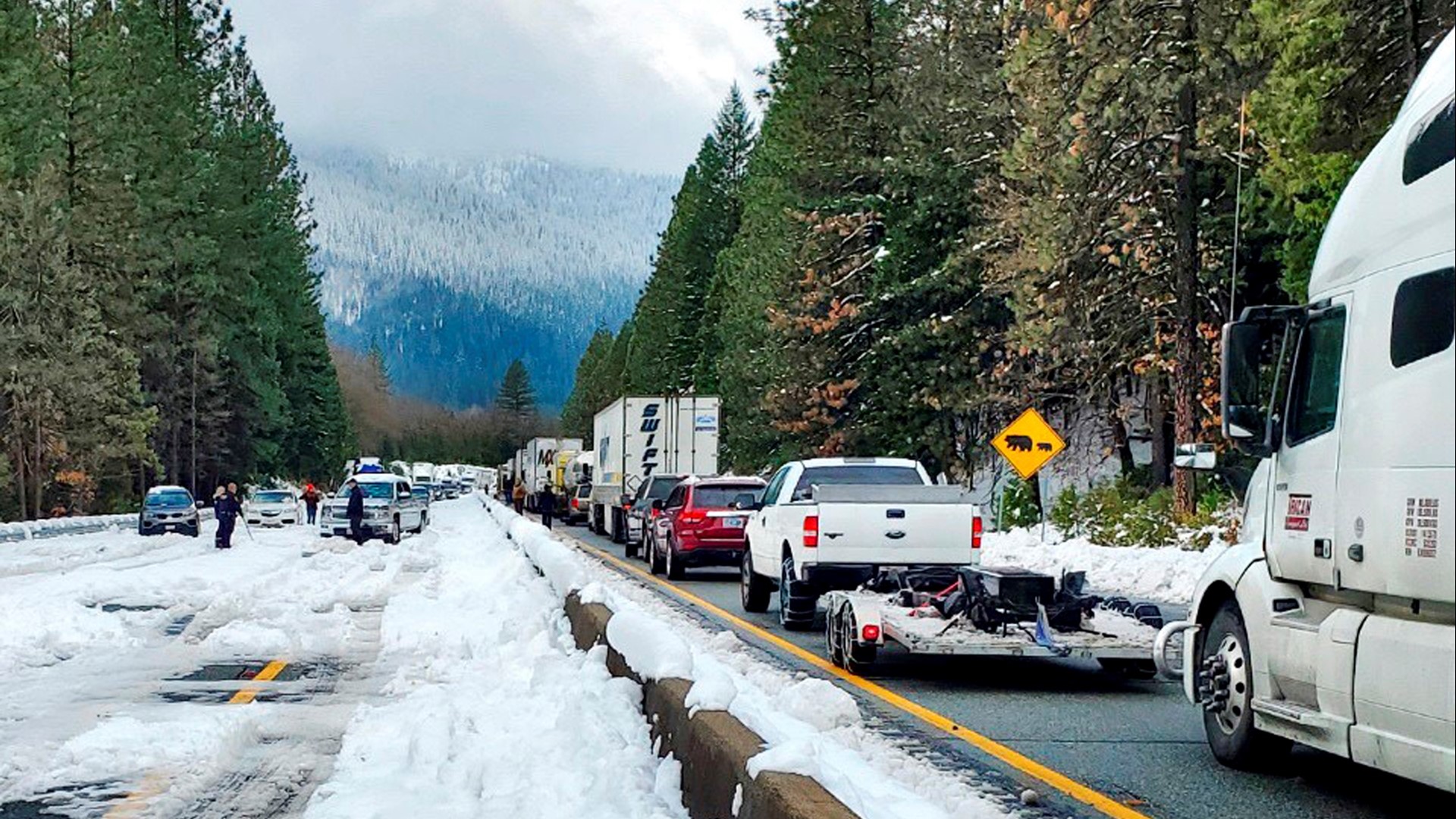 SOUTH LAKE TAHOE, Calif. — Lake Tahoe is bracing for another big storm, with as much as four feet of snow possible in the upper elevations by early Sunday.

The National Weather Service says freezing fog is possible in the Reno area Friday morning with patches of black ice likely to cause delays for commuters. The service has upgraded a Winter Storm Watch to a Warning for the Tahoe area beginning at 4 p.m. Friday effective until noon Sunday for the central Sierra as far south as Mammoth Lakes above elevations of 5,500 feet.

The snow forecast is from 1 - 3 feet of snow, with some of the hardest spots possibly picking up to 4 feet of snowfall.

Up to a foot is forecast on the shores of Tahoe, with winds gusting up to 90 mph over ridge tops.

Impacts from this storm

Heavy rainfall is expected in the forecast for many parts of the Central Valley Friday night through Sunday morning. The Sacramento area could pick up more than 1 inch of rainfall and parts of the Foothill could see more than 2 inches. There's also a chance for thunderstorms during the day on Saturday and Sunday, which could produce heavy downpours.

Because of the heavy rainfall, there could be some ponding on area roadways and rises on small streams and creeks. A Flash Flood Watch has been issued for Northern California burn scar areas through late Saturday.