Snowpack statewide is only at 59% of its April 1 average, based on electronic measurements according to the California Department of Water Resources. 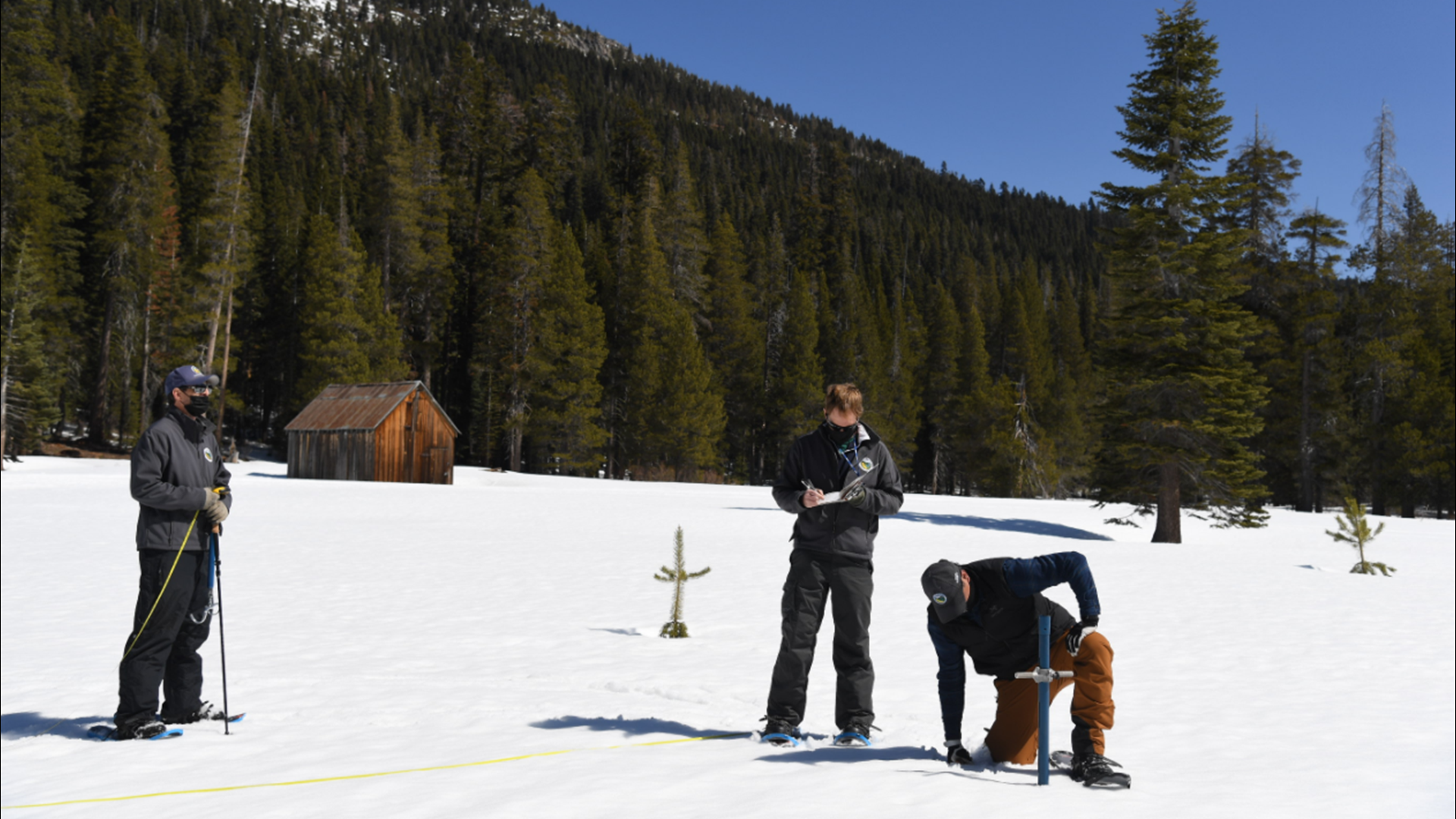 The DWR conducted the survey at Phillips Station Thursday morning. The manual survey recorded 49.5 inches of snow depth, a snow water equivalent of 21 inches. That is 83% of the April 1 average at that location, officials said.

“While there is some snow on the ground today at Phillips Station, there is no doubt California is in a critically dry year,” DWR Director Karla Nemeth said. “State agencies, water suppliers, and Californians are more prepared than ever to adapt to dry conditions and meet the challenges that may be ahead.”

Snowpack statewide is only at 59% its April 1 average, based on electronic measurements according to the DWR.

“The severity of dry conditions is evident in the Feather River watershed, which feeds into Lake Oroville. The watershed has seen significantly less precipitation this year than normal,” DWR wrote on Twitter.

The Regional Water Authority, which works with regional water suppliers in Northern California, along with the Sacramento Water Forum, a diverse group working on a healthy long-term water supply, explained to ABC10 the many ways water agencies have been working together since the last drought from 2012-16.

Seeing a dry trend continue, they worked alongside other water providers, environmental groups, and government agencies to help alleviate the effects of drought.

Drought is a part of California's climate. It has been here before and will be here again. That is why so many agencies throughout the state have been preparing to meet this challenge on many levels. Since the last drought in 2012-16, there have been nearly 20 projects in the works to help the Sacramento region’s resiliency to drought conditions.

DWR today conducted the 4th Phillips Station snow survey of the season amid critically dry conditions in CA. The manual survey recorded 49.5 inches of snow depth & a snow water equivalent of 21 inches, which is 83% of the April 1 average at the location. pic.twitter.com/H1vFT0bi1J

WATCH ALSO: Why Sacramento needs $200 million to repair its bridges