Spring storms coming to most drought-affected region in California

A series of spring storms may improve conditions, even slightly in the coming 7 days. Storms stack up Sunday-Tuesday bringing rain and snow to the drought regions. 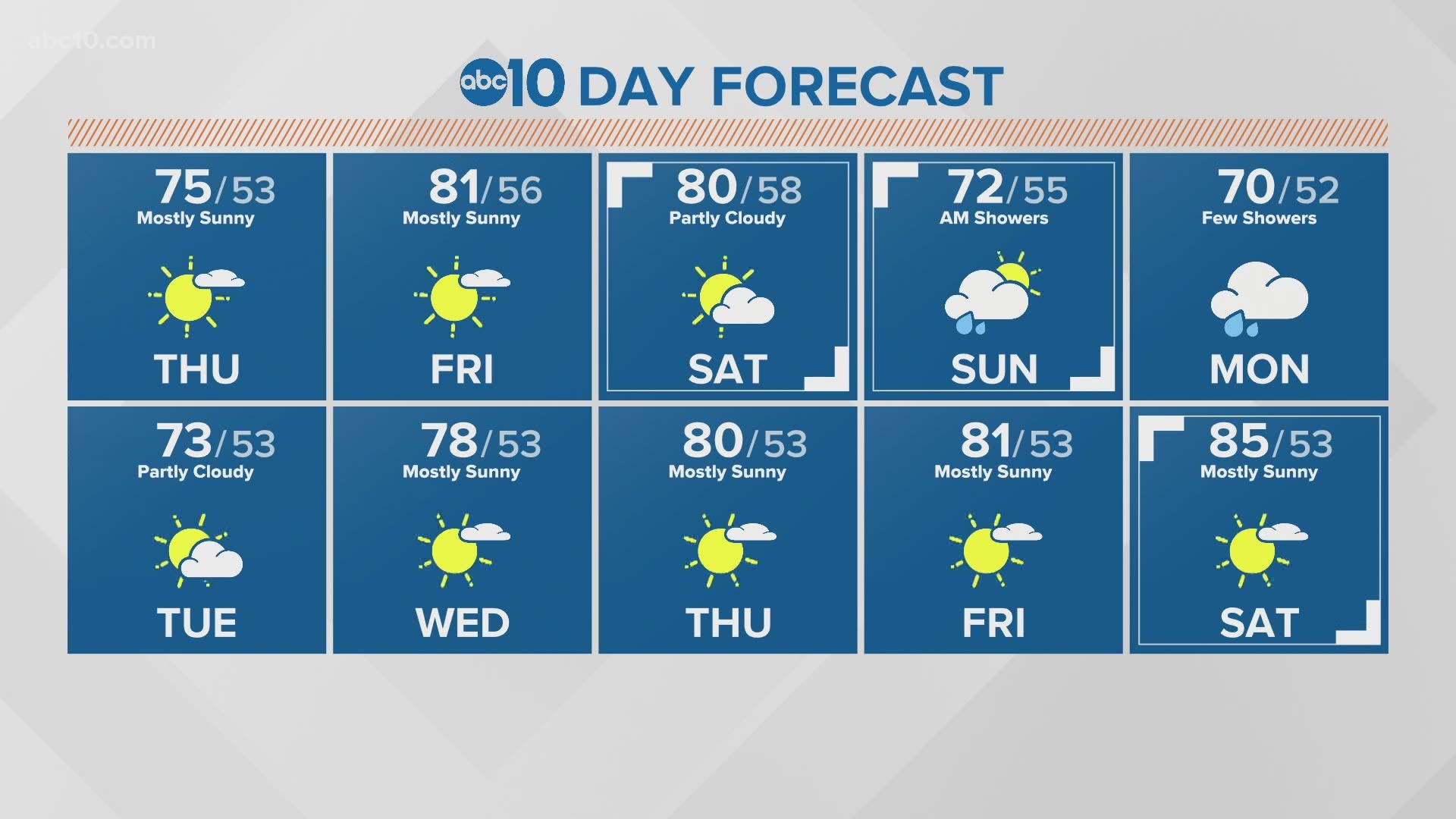 A series of cold, wet storms will bring much-needed rain and snow to drought regions in Northern and Central California.

May typically sees a few storms for the Golden State, but as the rainy season winds down, there are a few on the horizon.

The US Drought monitor came out Thursday for California and reports a reduction in the highest-ranking "Extreme Drought" areas so far. The area in far Northern California dropped from 4% of the state to 3%.

The drought level below “Extreme Drought”, called "Severe Drought", increased in Central California in the Sierra and is now up to 21%. These levels of drought typically affect agriculture, grazing, rivers and streams, and result in an earlier fire season.

A series of spring storms may improve conditions, even slightly in the coming seven days. Storms stack up Sunday to Tuesday bringing rain and snow to the drought regions.

Credit: Rob Carlmark
In areas of Northern California, higher elevations could see 3-5" of rain over the period and some light snow.

In areas of Northern California, higher elevations could see 3-5" of rain over the period and some light snow. This will put a dent in the lack of rain amounting to 10" below average in Redding and more than 21" below average for Mount Shasta but will not make up the gap.

May storms are common but are generally weaker, with more scattered light rain. This will be fairly strong for this time of year and will bring precipitation to areas that need it the most.

Snow levels could drop to 6,000 ft by early Tuesday morning.

WATCH ALSO: Sacramento restaurants could be allowed to expand to sidewalk, street dining