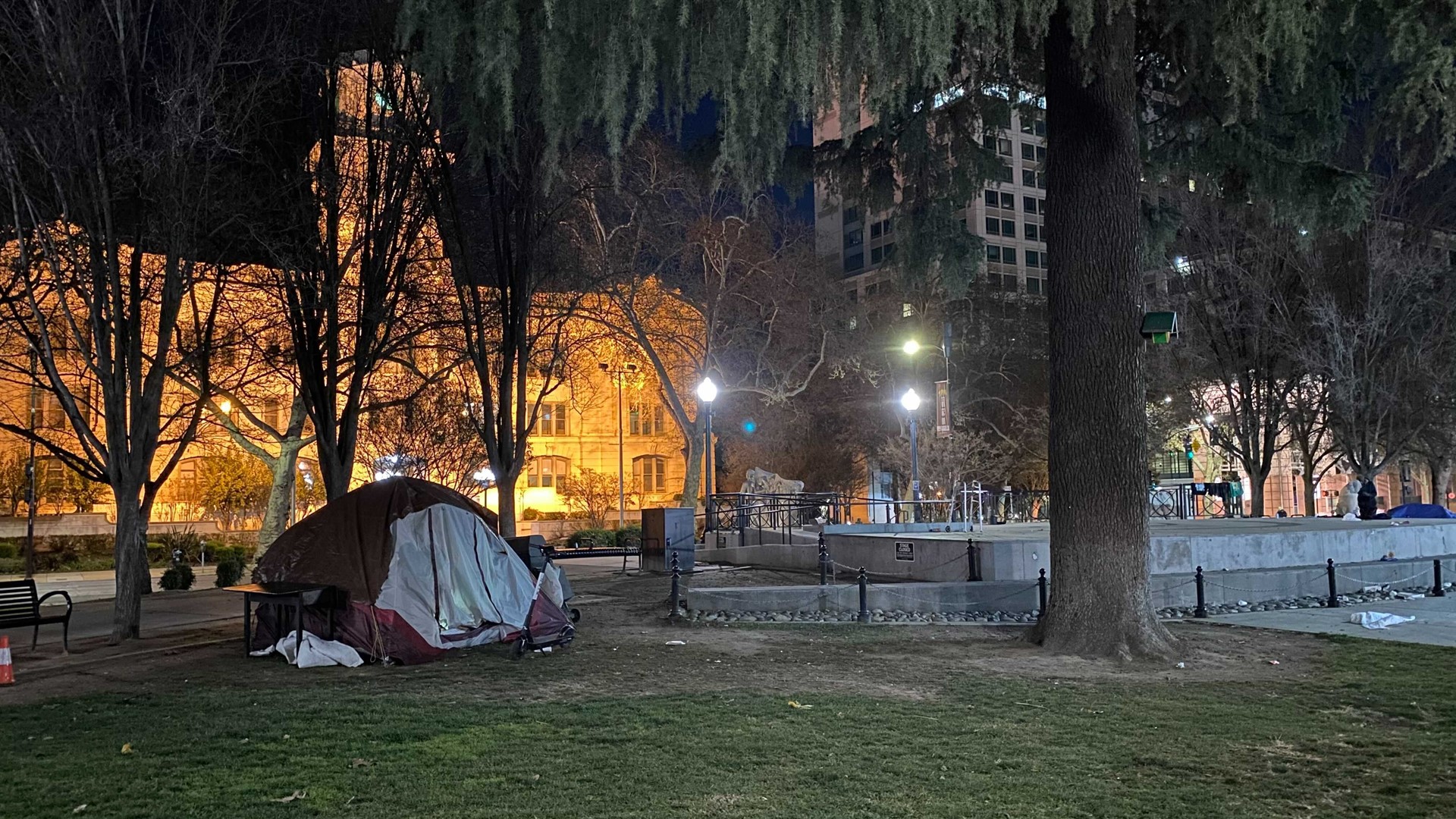 SACRAMENTO, Calif. — Sub-freezing temperatures in Sacramento are a big concern for people living on the streets and for the groups trying to help them.

People were lining up hours before to get a spot inside the downtown warming center located inside the Galleria Library. It’s the only warming center opening in Sacramento County Monday night. Homeless advocates say the need is great.

“They said there was gonna be a cold-weather shelter opening and I’ll take advantage of it,” Pete Pendehetos said.

Pendehetos, 56, has been living on the streets of Sacramento for several weeks. He’s one of many in Sacramento seeking respite from the cold, as temperatures are predicted to plunge below freezing in the Sacramento Valley by early morning Tuesday. A cold, windy, and wet week expected to follow.

“People may die because of the exposure,” said Faye Wilson Kennedy with Sacramento Poor People’s Campaign.

Meanwhile, PG&E is warning its customers to be ready.

The storm could knock out power. Be prepared with food, water, and a fully-charged cellphone. Remember to secure your outdoor furniture, be safe when operating a generator, and stay away from downed powerlines.