More roads are closing as water spreads farther north from the Arkansas River into Mayflower amid historic flooding. 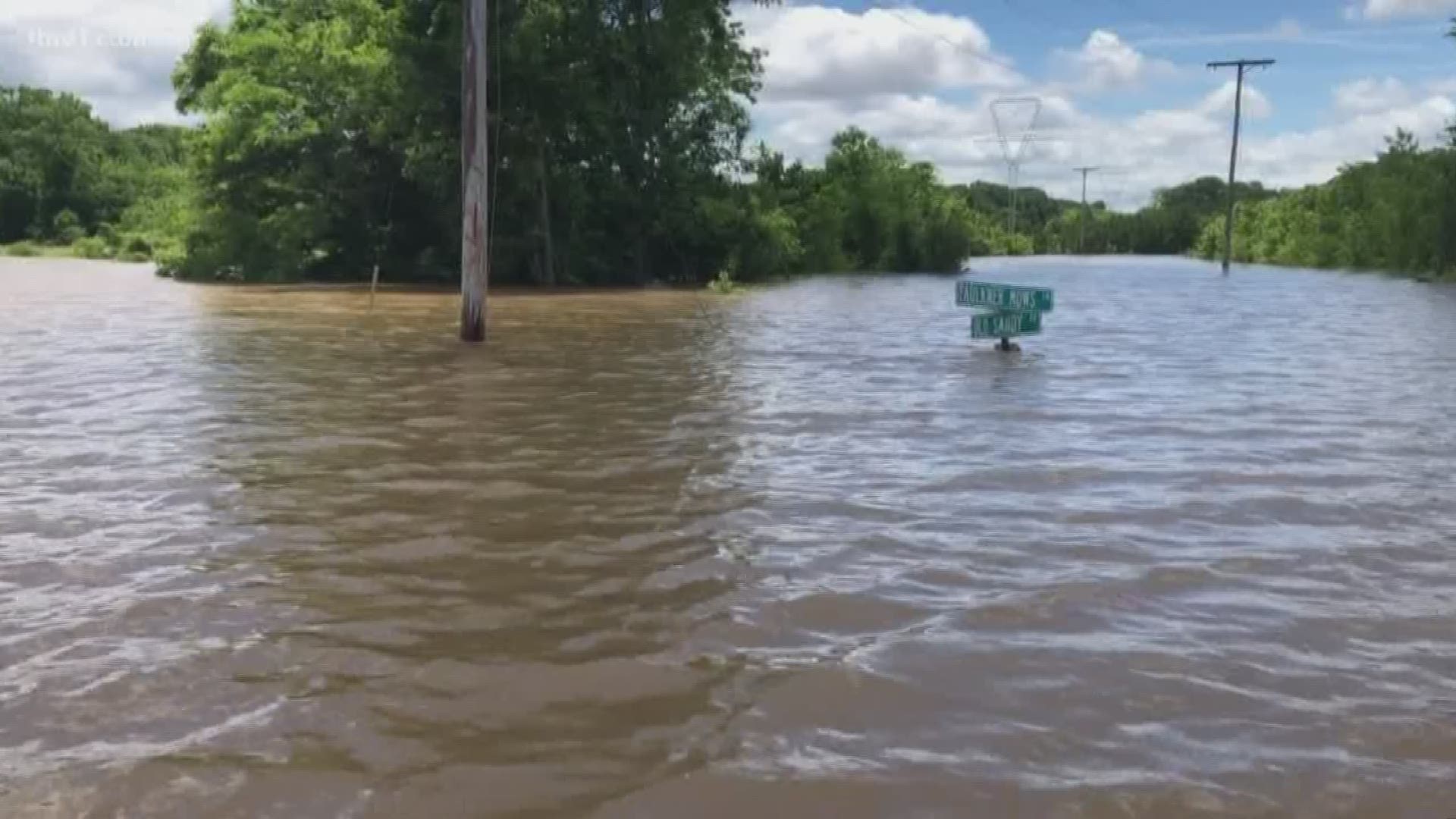 More roads are closing as water spreads farther north from the Arkansas River into Mayflower amid historic flooding.

“You can barely see the street sign down there on the corner,” said Jana Green-Forbash as she and an employee of her father’s family farm and steel fabrication business take a fishing boat down a flooded road.

“Guys have been coming to work. So we've got some work going on and the work doesn't stop,” Green-Forbash said.

The wet commute for Green-Forbash will be in place for several days along Old Sandy Road just past the Mayflower High School. Workers have gone from hands on the till to hands on the tiller this week along the flooded Arkansas.

The river is well past its banks and a creek has pushed right over a levee at the Mayflower wastewater plant. The city has been keeping tabs on the plant, with three workers making the same boat trip to the facility. The power is off all along the area.

A few miles away, water flooded both entrances to Easterwood Point Rd. Entergy crews are using airboats trying to see what electricity they might be able to send to a row of houses right along the river bank

Along AR-365 at the Pulaski/Faulkner county line, the water is going the wrong way out of the river back into Lake Conway. Everywhere you look: signs that things are not normal, including as National Guard helicopters survey the landscape.

RELATED: List of road closures due to Arkansas River flooding

“Well my dad has been in business for about 45 years,” Green Forbash said. “This is probably the worst I've seen it.”

But the cows are keeping quiet and the farm goes on and that’s a better fate than a lot of people face along the river right now.

“We're really fortunate because I know a lot of people have water in their homes and stuff like that. So we're lucky,” she said.